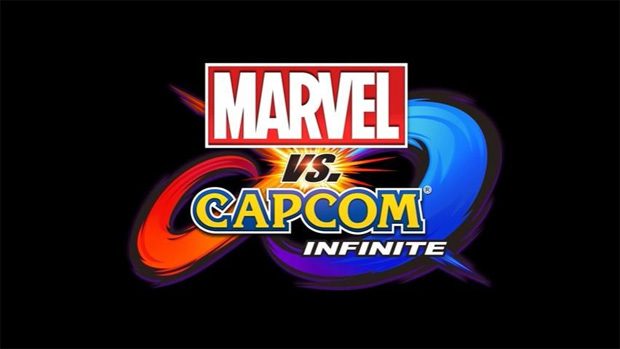 Growing up, who was your favourite Capcom character?

As I’m a huge fan of fighting games, my favourite Capcom character was Guile. I thought his sonic booms and flash kicks were revolutionary in not just concept, but in their animation as well. On top of that, his hair just couldn’t be beat. 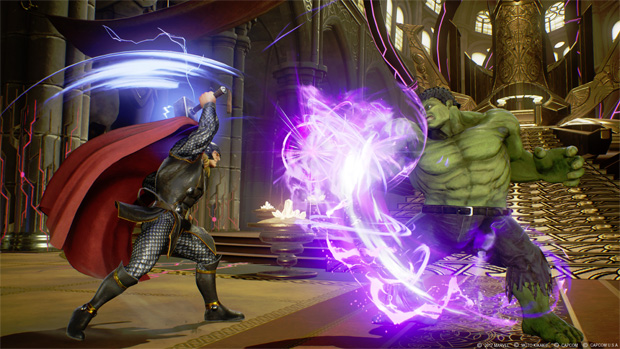 Tell us a little about the latest Marvel vs Capcom game?

The latest game in the series will be launching on PS4, Xbox One and PC on September 19th. The gameplay takes place around an exciting new storyline where the Marvel and Capcom universes have merged together and formed a new super villain, Ultron Sigma. He’s begun the systematic eradication of all biological life and our heroes must band together and forge new alliances to take on the ultimate threat. This story can be experienced in full in the all new Story Mode whereas the classic gameplay will see each player choose two characters and an Infinity Stone. Infinity Stones, taking inspiration from the classic Marvel lore, deepen the gameplay and allow players to unleash one of six different in-game powers, including Time, Power and Space. These combined with a tag team battle design are at the heart of the Marvel vs Capcom Infinite gameplay. 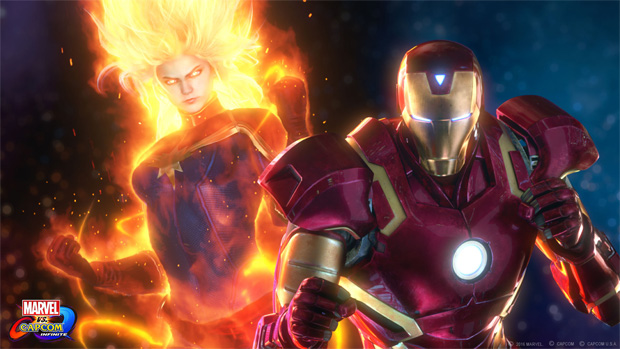 Why do you think Marvel and Capcom characters work so well?

Both franchises have such storied, amazing rosters with larger than life characters.  Putting these characters, which fans can relate to together, just results in fun, entertaining experience. In Marvel Versus Capcom Infinite we’ve spent a lot of time looking at which characters to put in the game resulting in combinations which may complement each other, but may also seem extremely unlikely as well! 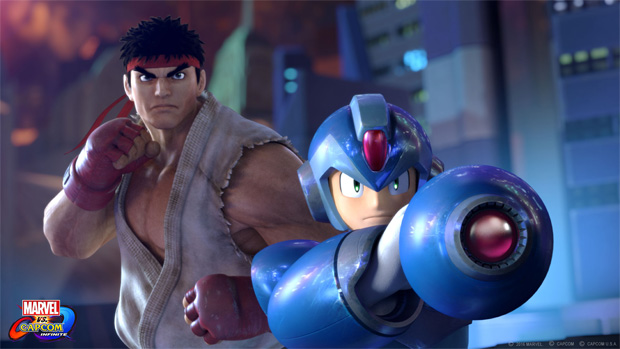 Who is your favourite Marvel hero and why? 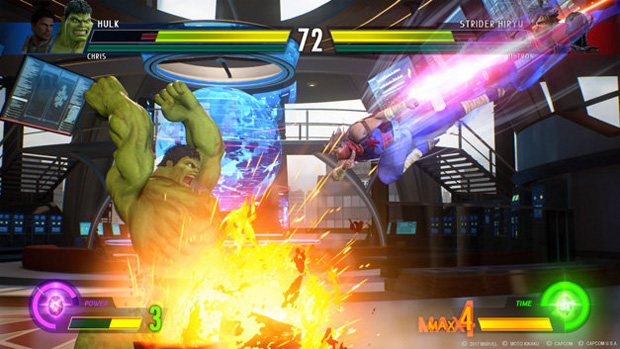 In developing the game, what’s been your biggest challenge?

It would be how to show partnership in a way that hasn’t been shown before. In the previous entries, we’ve explored teamwork, but never partnership. Displaying that in a way that was both easily digestible, yet deep, took a little while to get to, but I am extremely happy with the result. 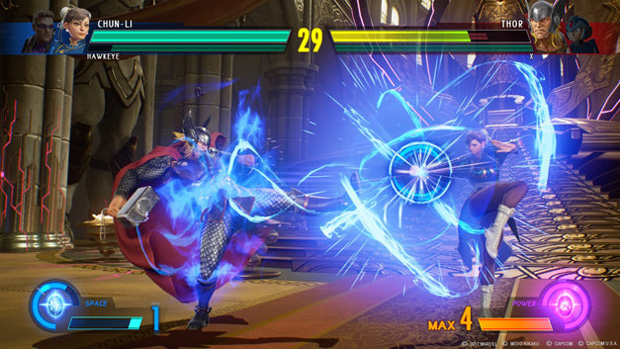 I’m definitely proud of the fact that we’ve been able to give the game its own identity. We knew coming into this, we had to make sure the game was accessible, showed an evolution in design for those who may have played previous entries and displayed innovation for both new comers and those familiar with the series. I’m proud to say that the battle system hits all three, through the use of the simple commands, Partner Switch System and Infinity Stones system, which has clearly translated to those who have played the game.

Who is your favourite character in the game?

My favourite character in the game to date is a tie between Captain America and Thor. Thor’s new hammer throw attack can pull enemies into him when it comes back, making a much scarier character to play as he is always in the face of his opponents. Captain America adds a great new dynamic as his shield can be utilised either on offence through his new Trick Shield attacks or defence through his Liberty Shock parry manoeuvre. These really add excitement to his gameplay and is more in line with what you would see in the comics or movies. So if I was choosing my 2 characters to have on my team based on the current line up, it would be them. 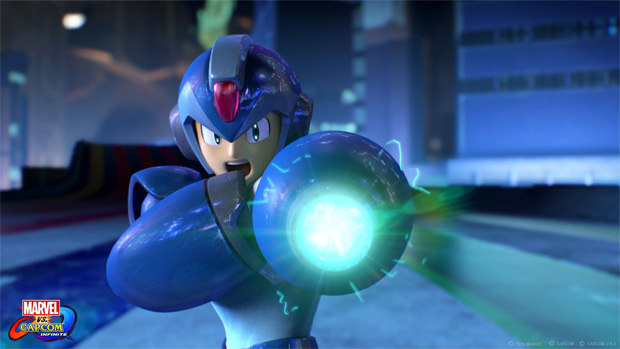 Tell us about the fighting mechanics.

The battle system in MvCI has been designed to retain the “Versus Series DNA” that fans across the world have come to know and love while also simultaneously becoming the most open it’s ever been.  Players will create a team consisting of their two favourite characters and will be able to switch between the two characters at will, anywhere, anytime, driving up teamwork in ways that were not possible in previous entries. 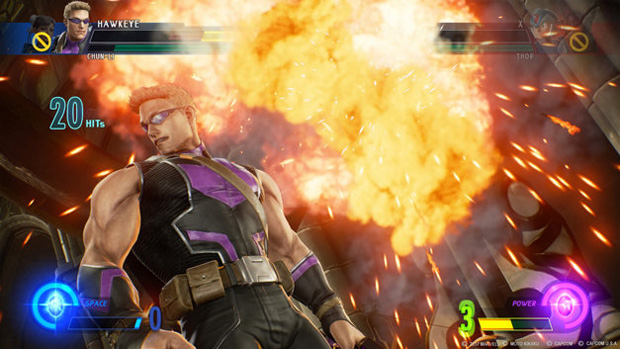 Lastly, how do you think fans will react to the game once released?

We’re confident that fans around the globe will love the new direction and gameplay system in Marvel vs Capcom Infinite! The game is more accessible than ever with the simplified gameplay mechanics but still has all the depth for series fans that love the MvC universe. For fans who are new to the series, I’m sure they’ll love the completely original story as it may show their favourite character in a way they’ve never seen before! 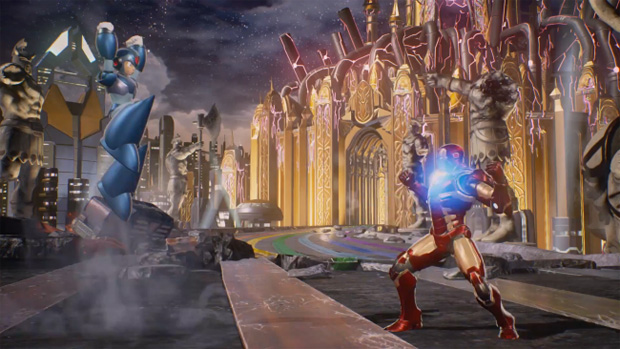