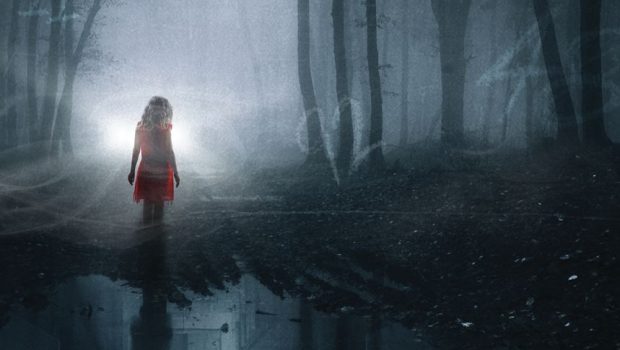 Welcome to Impulse Gamer Peter so tell us how you became involved in Ghost Stories?

I had been aware of this production for some time, after seeing it during its early performances in London’s West End. I was fascinated by the way this story had been constructed by the hugely talented Jeremy Dyson and Andy Nyman and was simply waiting for the right time and place to be able to bring the terror to life once more. During early conversations with the Sydney Opera House last year, it very quickly became apparent that the time was suddenly upon us and the place would be Australia.

For those unaware of Ghost Stories, how would you describe the premise behind it?

Ghost Stories is an 80 minute rollercoaster through the horror genre. As there is no blood and gore in this production, the show relies much more heavily on the psychology behind horror and the exploration of fear. We journey through the story with the characters and watch on helplessly as they desperately try to deal with and escape from the stations that they find themselves in. The show also has a healthy mix of comedy to help keep the audience on their toes, there is nothing quite like feeling safe and secure before the sudden rush of adrenaline served up by an unsuspecting moment of horror.

As a director, what drew you to Ghost Stories?

I have always been wondered what is is about human nature that draws us to horror, or more specifically, the feeling of fear. From the highest, fastest rollercoaster at a theme park to the darkest most disturbing horror films. What is it about that rush of adrenaline that we have come to love? Nature programmed us with this very reaction, first discovered by Walter Bradford Cannon and more commonly known as the ‘fight or flight’, nature programmed every human with this reaction as a warning that danger was imminent and immediate action was required to remain safe.

So why do we keep going back for more? Ghost Stories really is unlike any show I have ever seen in the theatre, the horror genre is certainly unexplored by most people on this platform although it is hugely popular in the film realm. I wanted to be able to deliver an experience that was equally as terrifying as watching a horror film at the cinema, whilst giving the audience the additional dimension of watching the story unfold live on stage as I certainly feel that live action entertainment is considerably more confronting than simply watching it up on a screen. 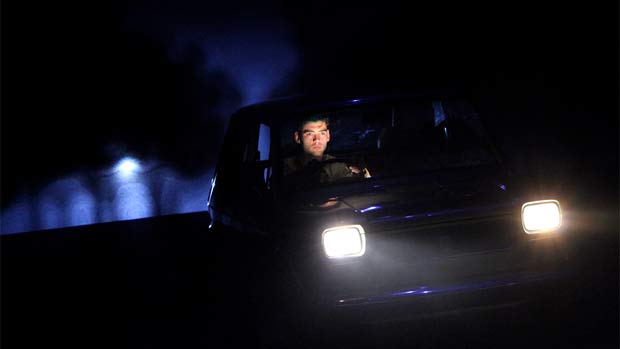 What were some of the challenges in creating Ghost Stories?

The main challenge of this production is creating and sustaining an uneasy atmosphere in many theatres that are traditionally very comfortable and relaxing. Each an every member of our audience arrives wanting to be scared, everybody knows that the production is filled with jumps and surprises and wants to feel that rush. Finding the balance between a thrilling evening and a terrifying experience has been something we have been reviewing a lot; how far can we push our audience whilst still delivering an enjoyable event.

The rewards of the production are as you would expect I imagine; in setting on a journey to create a spine tingling experience, there is nothing more rewarding than watching the audience jump from their seats, scream out of reflex and hide their faces when they sense that an shocking moment is upon them

Without spoiling Ghost Stories, what is your favourite aspect?

My favourite aspect of this production, by far, is the lingering sense of fear that the story instills. The message contained within this writing is far deeper than a series of theatrical thrills and I imagine that the story sparks a number of interesting conversations on the way home and some interesting thoughts when the lights go out at bedtime.

So Peter, do you believe in ghosts and have you ever had your own supernatural experience?

I would like to say that I believe in Ghosts, and believe me, know body is more open to the idea of their existence than I am; however, I have never had a supernatural experience and unfortunately would have to say that there has always been a perfectly rational explanation for that creaky floorboard or face in the darkness. Regardless of my experiences, I do love hearing other people’s accounts of their alleged contact with the other side.

Why do you think people are drawn to ghosts?

Quite simply, I think people need something to believe in; set of rules to help us understand the chaos of human life, the universe and emotion. I think that the human mind is a very powerful force and there is no limit to what we can create in our own imagination, be it consciously you unconsciously. By believing in the existence of ghosts we somehow protect ourselves from our own fear; we can go to a place where ghosts can’t harm us, or perform rituals to keep repel evil spirits. Our biggest fear is that horror is lurking somewhere out there, but imagine for a second that the worst horror you can possibly imagine is not lurking out there, it is lurking inside you right now, simply waiting for it’s opportunity to break free when you are least expecting it. By believing in this existence, we somehow shield ourselves from

Could you explain some of the effects, whether psychological employed in the production?

As with many theatrical events, the magic of the show is in the unknown.  This show will start by taking you back to the earliest form of theatre, story telling. It’s not long before you will feel like a 10 year old child all over again, hiding underneath the bed sheets with your friends thinking up the most chilling tales you could imagine. From here, the show will give you an altogether more visual experience than you probably experienced as a child before leaving you in cold sweats of personal refection.  What I can tell you is that Ghost Stories is a treat for the senses, all 6!

Last but not least, why should we see Ghost Stories?

Are you curious about what it is that scares you? or simply looking for a thrilling evening of nail biting fun? One thing is for sure, Ghost Stories is certainly not for the faint hearted.