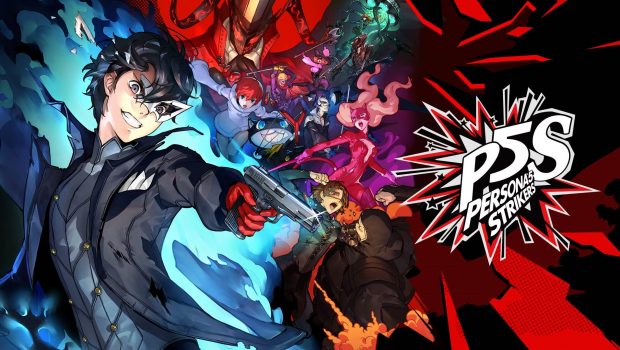 Summary: Persona 5 Strikers takes the stellar mechanics of Persona 5 and transplants them into a brilliant action RPG overflowing with style and heart.

Koei Tecmo is known for the creation of the Dynasty Warriors series, and chaotic one versus one hundred hack and slash battles. But they also take multiple long running franchises of other genres, such as Fire Emblem and The Legend of Zelda, and transplant them into their musou play style. Having recently loved Hyrule Warriors: Age of Calamity, my expectations for Persona 5 Strikers, the direct sequel to Persona 5, were through the roof. But about an hour into Strikers, I realized the game wasn’t the typical Koei Tecmo musou experience – it was an action RPG; and a brilliant one at that. Persona 5 Strikers takes the stellar mechanics of Persona 5 and seamlessly weaves them into a title that is unique, enthralling, and a worthy successor to one of the greatest RPG’s of a generation. 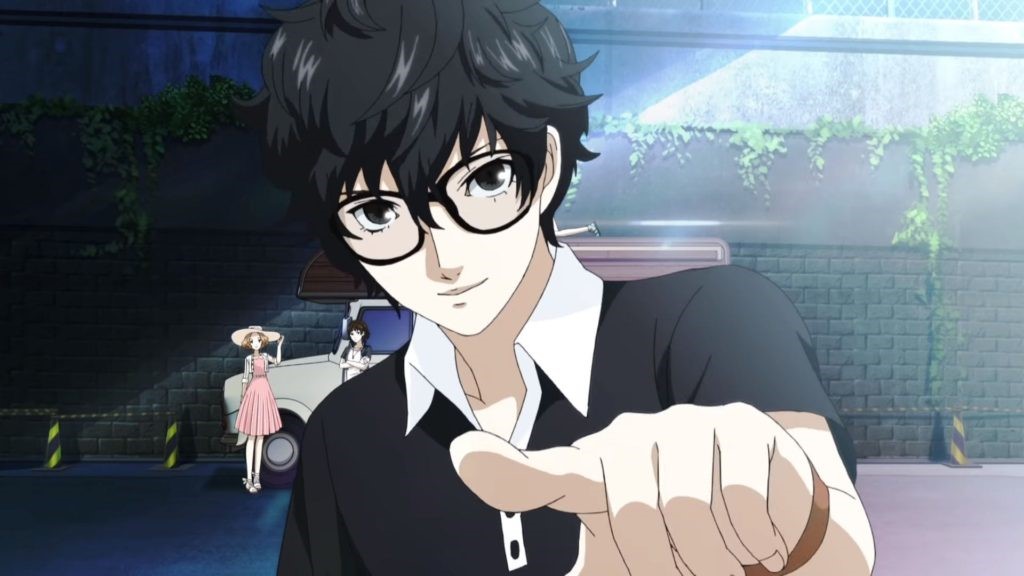 Persona 5 was originally intended to be a worldwide road trip for Joker and Phantom Thieves. But following the 2011 earthquakes that devastated Japan, developer Atlus shifted the game’s focus to the country and its culture. It is fitting Persona 5 Strikers takes the original concept of its predecessor and sends Joker and the gang on a cross-country tour of Japan six months after Persona 5’s conclusion. The thieves are tasked with taking back humanity’s stolen desires from a series of monarchs residing in cognitive jails (for example, a teen idol stealing her fans’ cognition so they blindly worship her). Though Strikers’s plot may feel juvenile preliminarily, it quickly morphs into something profound and deep. Against the backdrop of high schoolers goofing around on summer vacation, the Phantom Thieves fight against fleshed out and sympathetic villains that have them questioning their sense of justice and what is right and wrong. 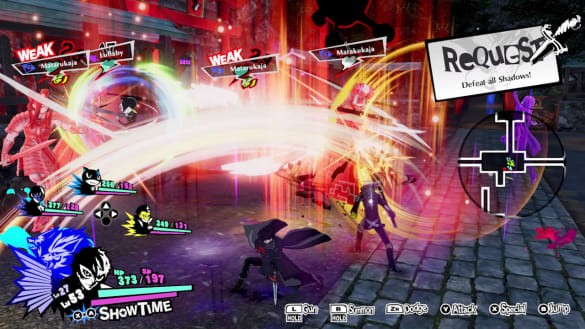 While Morgana, Ryuji, and all the other favorite Thieves return from Persona 5, new inclusions to the cast fit right in. Sophia, a computer AI turned Phantom Thief, is constantly grappling with what it means to be human. And while she is frigid and robotic at first, her discoveries and growth make her equally hilarious and lovable. Zenkichi is also a welcome fresh face – a cop tasked with cracking the case of the stolen desires that leads him to striking a deal with the Phantom Thieves. While Sophia and Zenkichi are fantastic additions, familiar supporting characters from Persona 5 are absent. Iwai, Mishima, and Igor, a series staple, are disappointingly unaccounted for. And while I love all the Phantom Thieves, Haru still feels like an afterthought.

Strikers sees the Phantom Thieves exploring various Japanese cities – eating copious amounts of food by day, and stealthily exploring the metaverse and mowing down hordes of enemies by night. Within the cognitive jails, the player has the option of controlling any one of the Thieves to openly roam large areas littered with enemies and items. Combat is triggered when a Thief gets caught by, or ambushes a roaming shadow. Unlike Persona 5’s turn-based combat, Strikers hurls the player into action-based horde battles. The Thieves use their knives, swords, and guns for their genre standard weak and strong attacks, but what makes Strikers stand out are Personas. 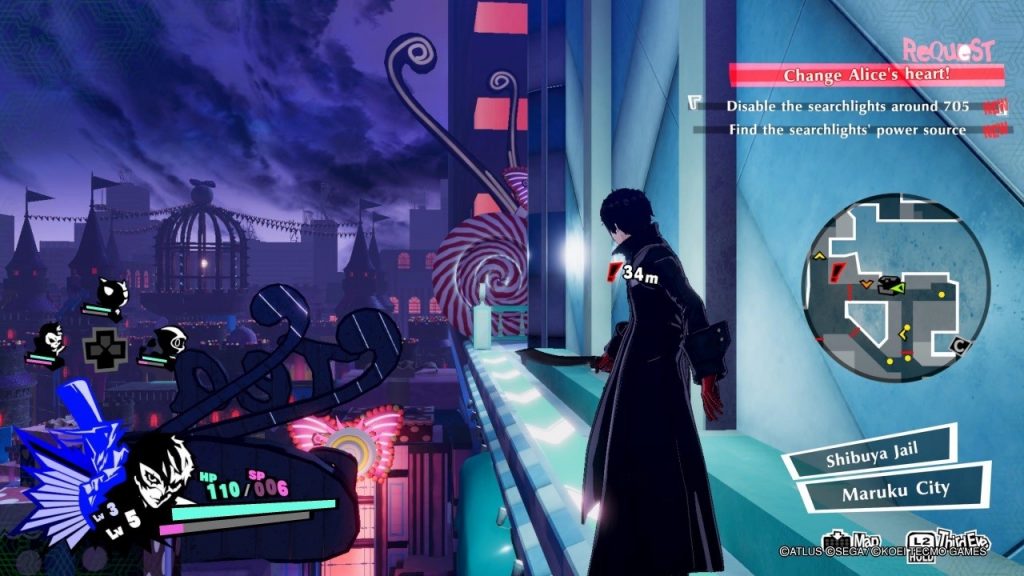 By holding down R, each character can stop time and access their Persona, all of which are equipped with moves that can strike an opponent’s weak point, heal, buff stats, or a plethora of other abilities. The key to success is saving Personas for critical junctures so as not to deplete the Thieves’ SP, the currency for Personas’ abilities. Every Thief has different strengths and fighting styles, so different characters will be needed in varying scenarios. Want to tack on some serious physical damage? Bring in Ryuji or Yusuke. Need to heal the party? Morgana’s your guy (I mean cat.) Joker, being the wild card (pun intended), can store up to 10 personas and swap freely between them. In addition to each party members’ specific strengths, master arts, unique skills that are unlockable the more each character is utilized, motivates the player to experiment with every Phantom Thief. Though you do have to dodge attacks and look for openings like any action game, the added layer of strategy Personas bring to the table will make any Persona player feel at home. 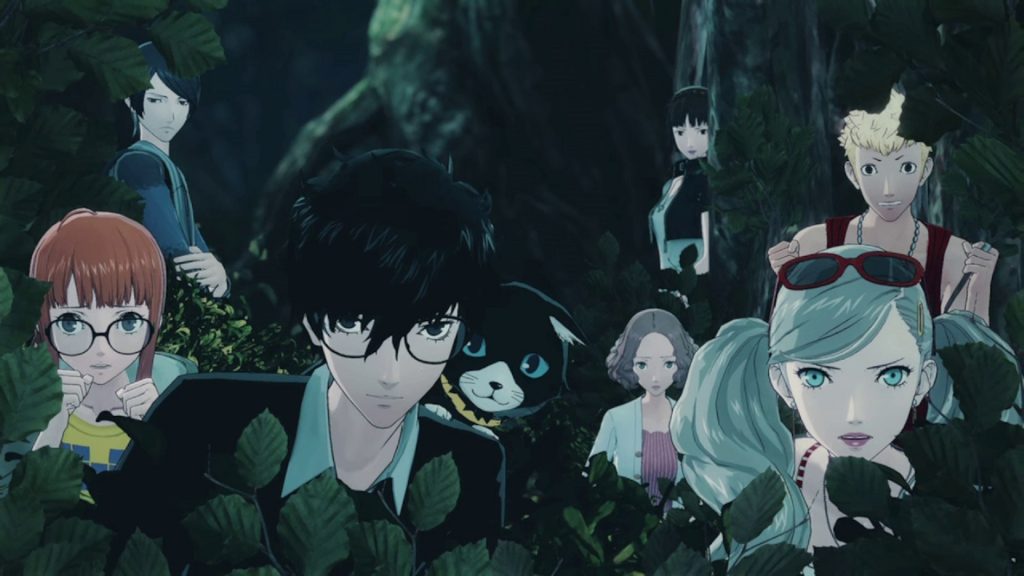 Battles are accompanied by a phenomenal pop-jazz soundtrack. Boasting both rock arrangements of Persona 5 tunes, and some new songs on par with the best of the series, the Strikers soundtrack is one of my all-time favorites. Jumping from rooftop to rooftop and stealthily ambushing and demolishing countless enemies with an all-out attack while listening to Strikers’s hype-inducing tunes is the most badass I’ve ever felt playing a video game.

Strikers does a fantastic job incorporating Persona 5’s mechanics off the battlefield as well. Though the arcana inspired confidant system is absent, bond points are a simplified but streamlined substitute. The more time Joker spends with his companions in the real and cognitive worlds, he will be rewarded with bond points which unlock skills ranging from increased stats, new abilities, and increased battle rewards. The Velvet Room also makes its return as a hub for Joker to fuse and power up Personas, though this system is not always easy to understand and could come off as confounded to those unfamiliar with the series. Though the game does run on a calendar, gone is the time management system, so the Thieves are free to complete side quests at their leisure. And yes, that also means Morgana will not be telling you to go to bed unreasonably early. 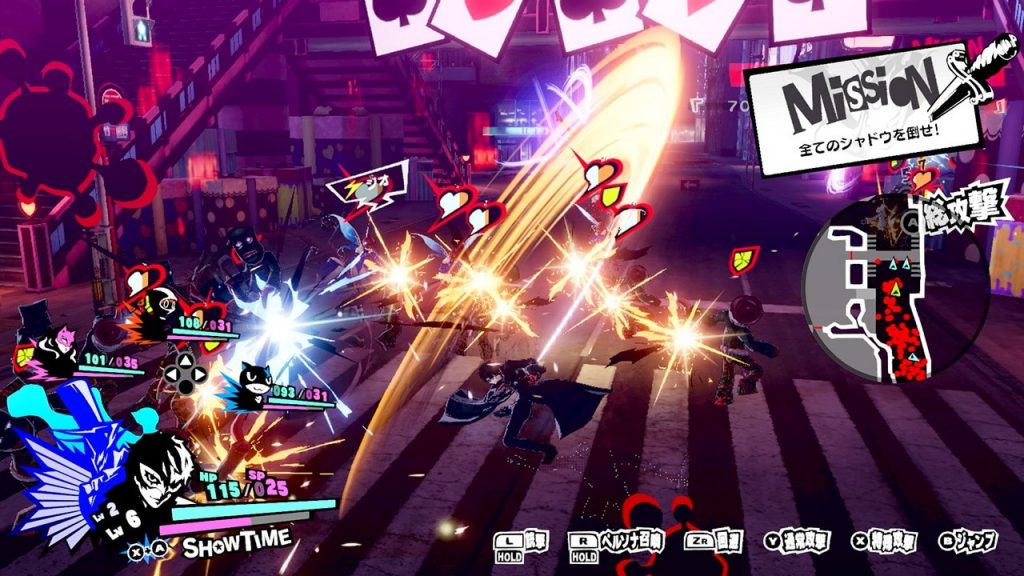 Persona 5 Strikers is not a typical spin off; it is a full-fledged sequel filled with real characters, a gripping story, and an addicting gameplay loop. And though it is a different genre than its antecedent, the love and personality poured into this game puts it on par with the best follow ups I’ve ever played. Since Atlus creates a new set of heroes for every mainline Persona entry, this could be the last time we see Joker. I hope not. Persona 5 Strikers made me relive my love for Persona 5 and the Phantom Thieves, and I never want to see them go. 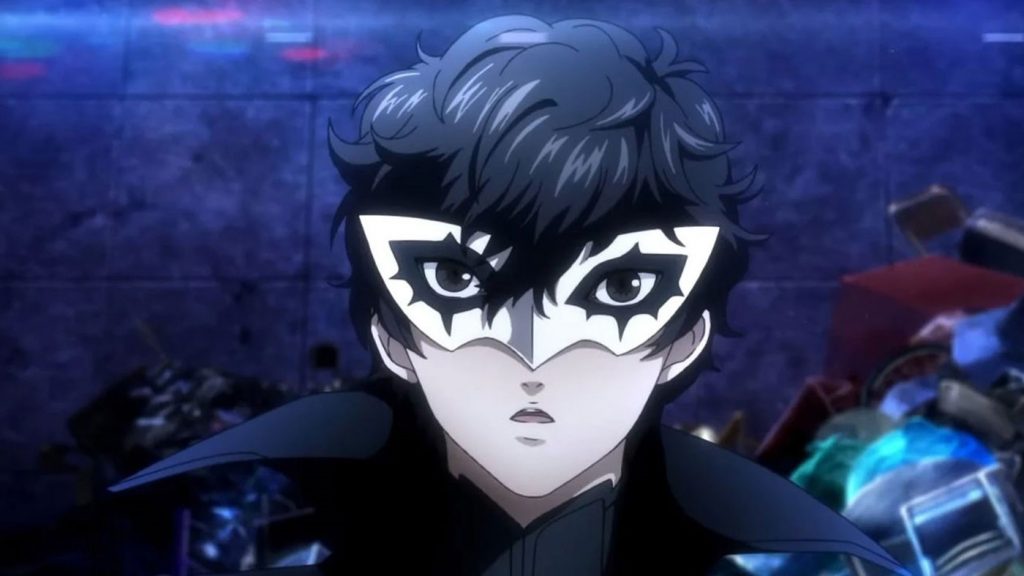