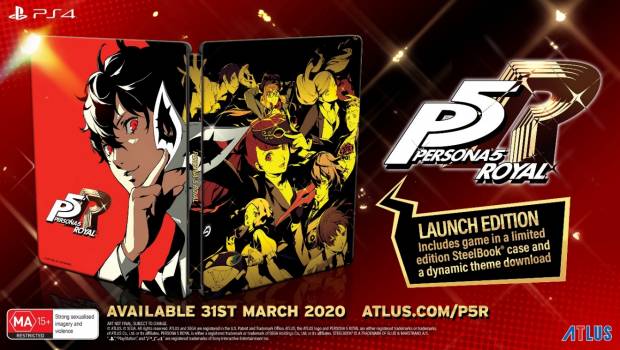 There are more hearts to steal. Become a Phantom Thief and acquire the power to change the world, then get ready for the battles to come! Persona 5 Royal is packed with more action, more treasure to steal – it’s your turn to fight for justice.

Prepare for an all-new heist in Persona 5 Royal based in the universe of the award-winning series, Persona!

The Phantom Thieves are back in Persona 5 Royal exclusively for the PlayStation®4 system on 31st March 2020 with a Launch Edition available for pre-order at Australian retailers.

Join the Phantom Thieves with these Persona 5 Royal Launch Edition: