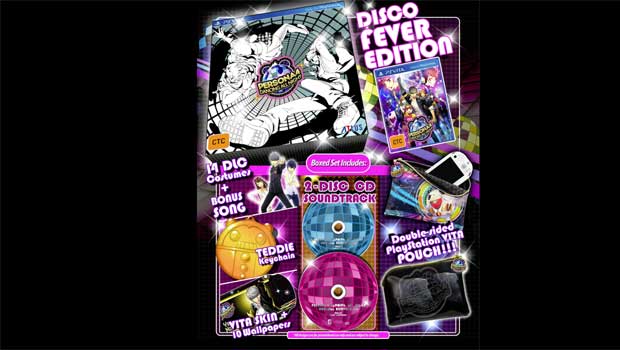 PERSONA 4: DANCING ALL NIGHT COMING TO AUSTRALIA AND NEW ZEALAND IN 2015!

NIS America is very excited to announce that the story-driven music game, Persona 4: Dancing All Night, will be arriving in Australia and New Zealand in 2015 for the PlayStation®Vita with a limited “Disco Fever” EU Edition, as well as a standard release!

The “Disco Fever” EU Edition will include*: