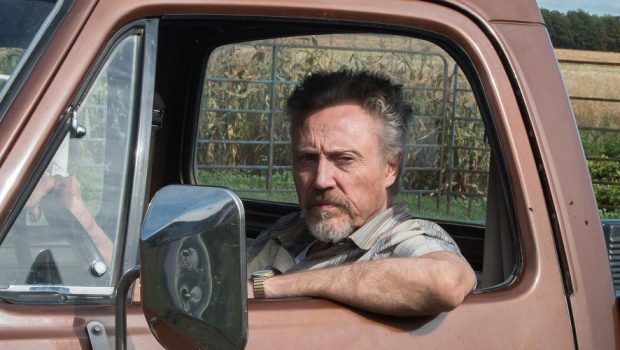 Summary: One of fans of underdog stories even if you do not know anything about the case it was based on.

Christopher Walken stars as the farmer Percy Schmeiser who is accused by Monsanto by storing their genetically modified soybean seeds even though he has never purchased any off them and he has farmed as he always has by saving seeds. I had heard of this story in particular from the Neil Young song about the case but did not know a lot of the details. There is a documentary on the case from a few years ago which would be the one to watch if you want the straight facts or even the report on Monsanto from 4Corners.

This is the dramatized version so it is not going to be 100% what happen there will always be a bias one way or the other dependant on the writers, director and who is playing the roles.

I would say this film is very earnest in the “golly gee” variety not the nihilist, stick it to the man type of story that you get these days and it follows the familiar underdog story well even if everything doesn’t end up as rosy in the end.

Was a bit of a risk casting Christopher Walken seeing how meme-worthy these days and I am struggling not to make a joke about how he saved his seeds so I won’t mention it. Given a choice between him and another older actor say, Clint Eastwood I would take the one they went with.

It was a surprise to see Zach Braff and Christina Ricci in such big supporting roles, they are still more well known for their more comedic performances and fill out these somewhat thankless, but important roles quite well.

The role of the Washington-based anti-GMO agency seems somewhat underplayed. I had not really heard of them at all and I could not find anything about their name. Percy does seem to get a bit miffed at their role at encouraging him to pursue the case and letting him take all the risks while they are pushing their own agenda.

Unusually for one of these sorts of movies it actually goes outside of North America even though most of it is set in Canada.

Also it does seem to feel like it takes place over a number of years like the case it was based on and does not have things happening seemingly in the space of a few weeks that took months or years. The on-screen titles help a lot and would be needed if you did not know the details of the case.

Another worthy movie and one that hopefully gets a wider audience so that people who are not usually interested in rural affairs learn more about the case.