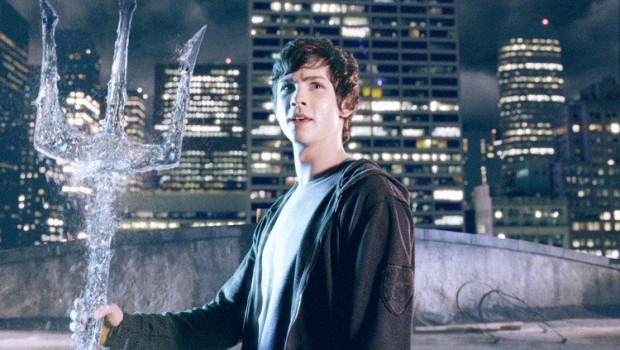 Percy Jackson: Sea of Monsters is the follow up to 2010’s Percy Jackson & The Olympians: The Lightening Thief. When we this time meet Poseidon’s half-blood son, Percy Jackson (Logan Lerman), he is suffering from a lapse in self-confidence as he is unsure whether it was just luck in saving Olympus or not. When the barriers of the camp for the children of the gods are broken and Percy is reunited with his nemesis Luke (Jake Abel), he and his friends, Annabeth (Alexandra Daddario), Grover (Brandon T. Jackson) and his half brother, Tyson (Douglas Smith) set off on a quest to find the Golden Fleece to save the camp’s barrier tree. While on this quest, they also try to stop Luke and his followers from bringing an ancient evil back to the world.

For the most part, both the first Percy Jackson and this one are very much like the Harry Potter films. There are the obvious resemblances in a boy who never knew who his father really was and comes to know who he really is when he arrives at a camp/school with others who are like him. Percy is also in a trio of friends like Harry Potter and could be part of a prophecy.

The great news is that the second film based on Rick Rordan’s book series comes at the perfect time for cinema goers. While there is certainly no lack of teenage supernatural romance films at the present time, there is a lack of adventure films, especially those aimed towards the younger audience. Percy Jackson: Sea of Monsters fills this gap in the release schedule and gives audiences of any age a bit of fun and a thrill. As the series of books are for children/ young adults, there is nothing confronting or harsh about the film. It is just plain and fluffy fun, with a simple story that is a tad silly. Although there are some very touching moments throughout the film and they come as a complete surprise. For those who do not know much about Greek mythology, there is quite the lesson with the Percy Jackson film, as long as you remember that it is just the back story based on mythology.

The opening scene of the film, which takes place at the camp’s tournament, is a great start to the film. It is an action packed start which reminds you of a school sports carnival, except a bit more original than your typical athletics. The soundtrack is also perfect. It truly is a great start to the film as it captures for the audience an atmosphere of fun that is going to continue throughout the film. The CGI is also impressive, especially the great scene where Percy surfs the wave he has created.

Logan Lerman is wonderful once again as Percy Jackson. The great thing about Lerman’s performance in this film is that he gives so much without going over the top. In the scenes where the opportunity arises for his character to be overly emotional and one would normally expect the actor to do so in such a film, he is so subtle but in doing so is far more effective. Some of his later scenes with Douglas Smith and Alexandra Daddario are really quite beautiful because of Lerman’s powerful subtlety. Daddario also does well, again not over acting, but being natural and achieving so much more by doing so. Percy Jackson: Sea of Monsters is the perfect example of how a film can be original without being completely original and be a success while doing so.