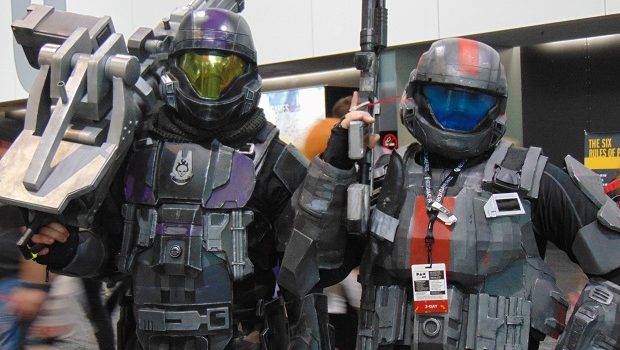 With day one being a little bit of everything, I wanted to take the time to change the pace of the weekend by using day two to focus on panels and cosplay. 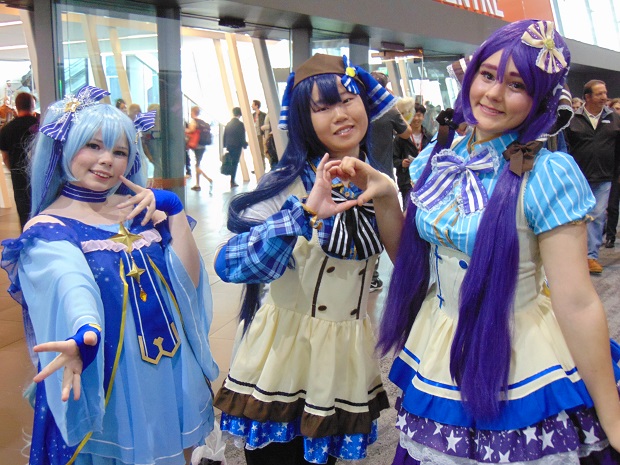 Day two started with a trip Kris and Tycho making a comic strip, well, more precisely, Kris doing all the creating whilst Tycho reads Q&A to the audience. So really Kris once more deserves all the credit. I jest, these two long standing companions have an knack for bouncing comedic lines between each other and it makes it all the more enjoyable for us the fans. Kris is a remarkably talented individual and Tycho is like his less talented yet equally funny older sibling. An excellent laid back start to the day.

It was after this panel, the crowds were really at bursting point. I don’t think I’ve seen PAX Aus this busy, since the first time I attended 4 years ago, it was crazy. Over the next three hours during the break between panels I hunted down some awesome cosplay, League of Legends, Destiny 2, Diablo III, Doctor Strange, Fallout, Division, Final Fantasy, Overwatch, Halo, you name it. They were all out in force today and it was simply wicked to see such a massive amount of cosplayers strutting their stuff. It’s always super inspiring and makes me really wish I had the talent to create my own stuff too.

IGEA Gaming Stories: Once upon a Start Menu

Then it was off to an inspirational panel, where special guest Kelsey Gamble from Bethesda Studios shared with us the story of video games, essentially helping her to get to where she is now and the struggles she faced getting to the point she is at now working for an amazing gaming studio. We were surprised to see just who is playing games these days, it’s less under 15s and more and more middle aged gamers are coming forward and it’s great to see that so many women are coming forward as gaming mums, gaming sisters and gaming gals. We heard stories of other every day gamers, their background and their reason for their love of games. It’s really brave of them to tell an otherwise difficult story to share and makes me more acutely aware that even as gamers we’re all human, we’re all very different, our backgrounds and our stories,but video games have united us all. A truly awe-inspiring panel. 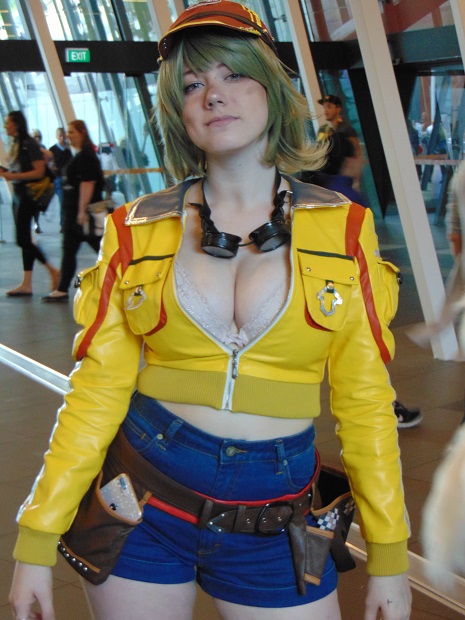 After a quick stop for more photos it was off to Jackbox party, the same team as always but the very funny, Katleen De Vere and Graham Stark of Loading Ready Run and Kris Straub, Tycho and Paul Verhoeven had come together again to play Jackbox Party Pack 5 and have plenty of laughs along the way, the audience joined in to vote on the best ofs, with hilarious consequences. Once again though, as a result of Australia’s fantastic internet services, the panel started off on the back foot, which at first is always a little bit funny, but becomes tedious after a while. The group manages to keep us amused for a time before the fun really began, but due to time constraints the panel finished part way through a game, which was a bit sad. What we saw in the panel was hilarious as always but it was marred by the technical difficulties, a little bit of pre-planning before the panel, might have solved the issues.

Then it was off to a vigil for a special friend, he’s been our comedic companion for over 4 years of Destiny, he was there when we destroyed the Heart of the Black Garden, saw Crota’s End, crushed the House of Wolves and stole Eris’ ship for us so we could board the Dreadnought safely in the Taken King. He found a feathered friend in the Colonel, who fought with him to defeat the Red Legion, stuck to the shadows in Curse of Osiris and the Warmind, but came charging to the front lines for Petra and her Prison of Elders which saw him Forsaken and meeting his tragic demise. With Myelin games, loremaster guiding our minds to the man behind the machine; Cayde, not the 6th but the man, a father. Delving deep into the lore about why Cayde, became an Exo. After that the panelists Quinny and the Periodic Table of Awesome, brought secret special guests Cissy Jones, the voice of Sloane, the NPC for Titan and Courtney Taylor, voice of Amanda Holliday, Shipwright of the Tower and close friend to Cayde himself, onto the stage. I was pleasantly surprised because they weren’t anywhere on the panel description. They talked about their time with Destiny 2, experiences, bloopers and answered questions from fans about their careers in and out of the game. It’s quite amazing at how similarly these gals sounded to their characters, which is kinda cool that they’re able to be mostly themselves on set, with voice acting emphasis on fitting into a role it’s a refreshing touch. There was also loot and much like last year there was a charity auction for a good cause. 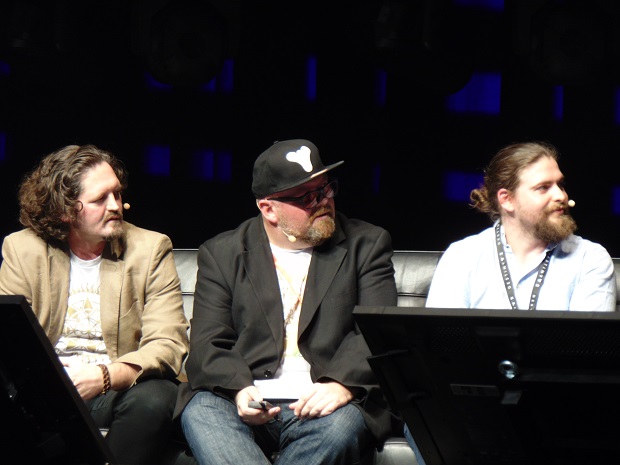 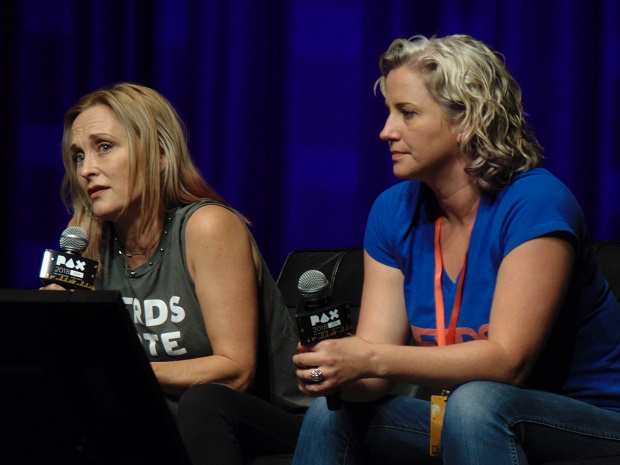 Then it was off to see some of the wonderful local and interstate talented game devs and the games’ they had on offer for the weekend. I was especially impressed by Spin Rhythm, a mobile dj game with amazing electronic music and rather smooth looking controls, they aim to bring it to Steam with full turntable support which is really cool and I definitely want to get my hands on it when it releases likely Q1 2019, other notable games on show were; Infliction; an interactive horror game where you are stuck wandering in the remnants of a broken, once happy family home, piecing together clues and struggling to atone for sins of the past, all whilst being hunted by a violent malevolent force, a very interesting game for lovers of horror. Dissembler for a complete change of pace, is a relaxing puzzle game that has you move colored tiles to complete the puzzle, a relatively simple, yet somewhat challenging for players, definitely a game for players that like to wind down with a bit of relaxing mind games, the music suits the relaxing vibe too. Last but not least of the stand outs was Double Shot, a bar-tending VR game with a twist! You have waves of dudes to shoot too, it’s a fun looking game that has you grabbing drinks and making cocktails from a list whilst fending off these thugs trying to distract you. It’s a laid back game you could essentially jump into at any time, with any skill level and just enjoy some humorous mindless fun.

The team from last year are back to play some more bad dating sims, Doodle Date, where you draw your perfect match, with a few obvious routes you can take; Claire, the narrating NPC and Sketchy, the first drawing you make personally. A terrible, terrible game, yet you almost can’t help but want to play it for its crazy antics, you draw your date in various moods; happy, sad, shy, sultry, angry and sexy. Depending on the route you take, weird things can happen, we took the Claire root, which somehow got her pregnant, she attempts to kill the player, we instead kill her, somehow the baby survives and returns to take vengeance and kills the player; BAD END. Surprisingly, unlike last year, we actually managed to finish this one. It was a truly hysterical end to the night and closing of day two! 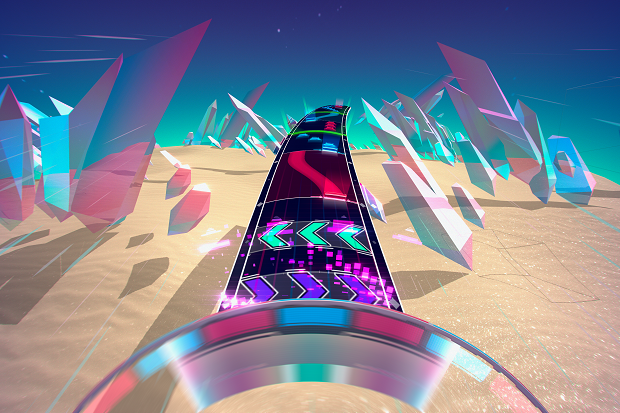 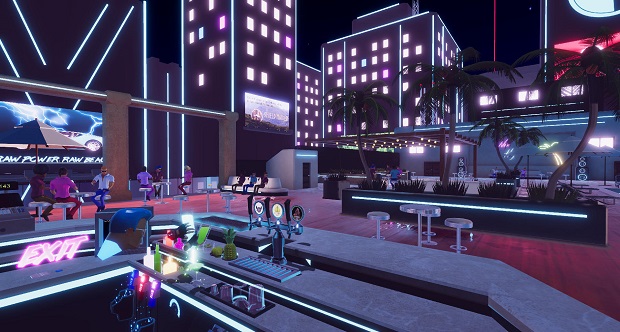 Once again I’d like to thank all of the cosplayers and game devs that let me take snaps of them and publish them here, they’re amazingly talented and you should all check them out, please like, share and support the work of the excellent cosplayers featured in this piece and throughout the weekend as a whole as each daily summary comes out. The list of cosplayers featured in today’s piece can be found below, I thank them immensely for allowing the use of their photos for this article. Please also check out Melbourne Cosplay Community, NSW Cosplayers, Adelaide and Brisbane Cosplayer groups, of which many of these guys are a part of. As mentioned above please also check out the games I saw too in the Indie Showcase panel as they’re incredible and made by some of best local talent we have to offer, a list of these games can be found below as well.