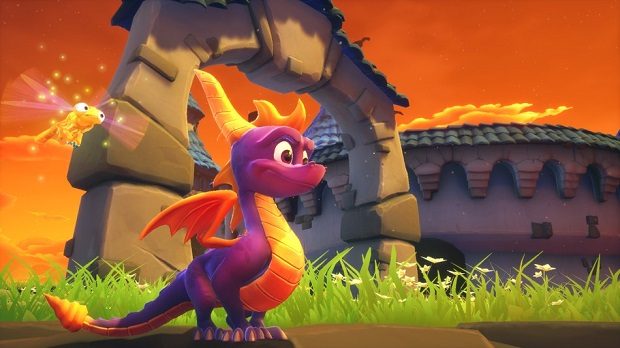 After taking a break to focus on cosplay and panels for day 2, I thought it best I get back to the main event. Games, games and moar games! I hit the ground running, Indie Devs beware! 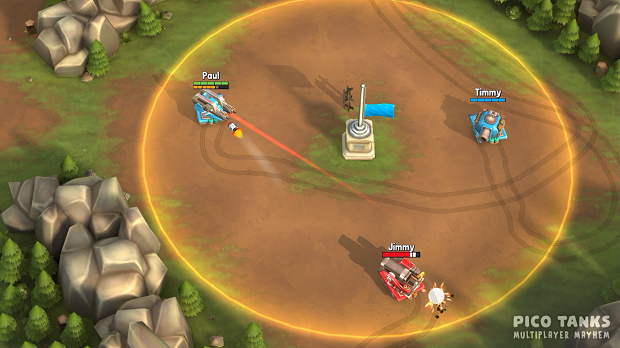 Worms meets Command and Conquer, a little bit of strategy, a little bit of crazy, a lot of carnage and even more fun. Panda Arcade present Pico Tanks a fun addictive multiplayer game pitting fully customisable tanks against one another in various modes. The team at Panda Arcade were running some good old Capture the flag in either 1v1 or 2v2 game modes so that just about anyone could play. The tanks have some really cool designs ranging from full blown heavy tanks to sports cars with massive tank barrels strapped to the top of them, with a wide range of weapons ranging from machine guns, to tank busters and even missile launchers, an extensive design pallet, complete with different styles of tanks, skins, colours and even hats, sunglasses and taunts!

The game is short and sweet, which allows a lot to be done in a shorter time. No sinking heaps and heaps of ours into it for little gain. With matchmaking designed to pit you against equally leveled players there will hopefully be ample challenge and hopefully not to much skill gap between ourselves and our opponents. With the potential for practice bots and the dev team trying to keep everything as free to play as possible the game should hopefully be one that you can simply pick up and jump into at any time, find a match and get couple of quick matches in, the kind of game you play during work breaks, (I do not endorse sneaking off to play this game!). With a hopeful early Q1 2019 release this will be one of the mobile games on my list to definitely check out more.

Monster Scope Studios return once again bringing along their title release Dawnblade, I remember checking out this game last year and being pretty interested check it out on release. At the time they weren’t able to give me a clear release, since then it had kinda fallen to the back of my mind. Until seeing it’s return again this year, I was definitely interested in seeing just how much had changed and what the devs had been up to over the past 365 days. Dawnblade is a modern style hack ‘n’ slash, dungeon crawler game wherein you can level up your characters, complete quests, loot dungeons, equip powerful weapons and armors, train pets to fight alongside you and complete an epic journey to reclaim the fabled Dawnblade.

It plays, like most hack and slash games, in fact it has the Dota 2 feel to it if I may be so bold to say. Its relative ease to play makes it user friendly and easy to pick up, but has quite a bit to keep track of; weapons, skills, pets, quests, main story, etc. All are really fleshed out but so you never really feel bogged down in what at first glance looks like a bit of a maze. They’ve done little to change the core features and instead have chosen to focus on the finishing touches, the daily quest system, animation bugs, minor tweaks to level design and tweaks to the combat system. Whilst at first glance it doesn’t look as though much has actually changed, the core remains the same but its foundations are much deeper and much stronger for it. Upon its late 2018 eta for release I feel this game will be ready to take on it’s bigger rivals. Whether or not it stands the test of time, is another story as there is quite the list of competitors. I enjoyed the game so I wish them all the best. 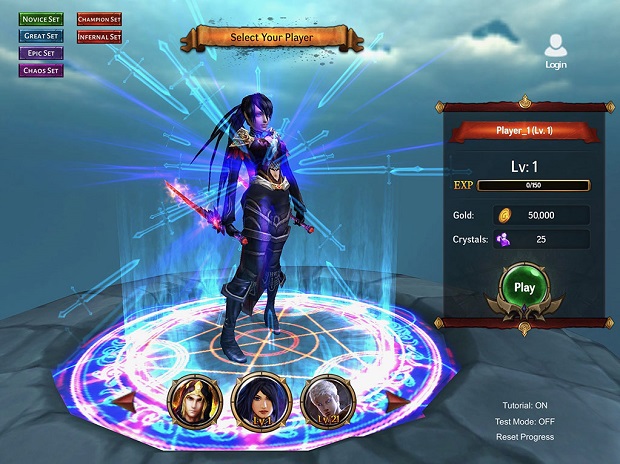 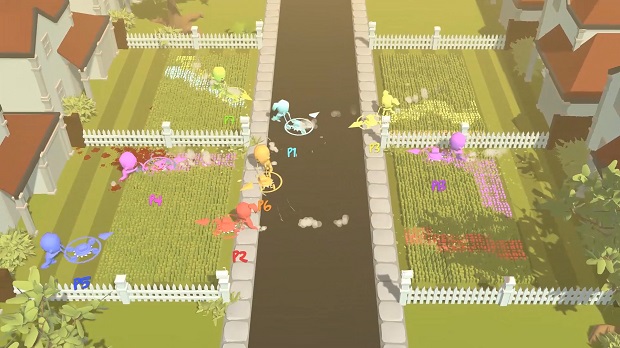 Have you ever heard of a crazier idea than Major League Lawn Mowing? No? Well it gets crazier, major league lawn mowing with a side of death and destruction. Your aim in Lethal Lawns boils down to two simple tasks, mow the lawn faster than your opponents to collect more money, but what if I’m not good at mowing lawns you ask? No worries! Just mow down your opposition instead and TAKE THEIR MONEY. Incredibly addictive and incredibly competitive, this game was born to be an Esports game. Challenge your friends, take bets, hell even play after one too many drinks, you’ll never have more fun doing one of the most boring chores around the house again.

With 5 unique maps each with different layouts to add a different style of play, 4 unique game modes with different victory conditions to spice up gameplay and keep the party going and with some customisable options to experiment with different combinations so that you and your friends can play just how you like it, a 2-8 player multiplayer with shared gamepads and AI bots for those times you’re friends are too busy. This game would be perfect for a good old fashioned LAN party, perhaps with said drinks to make everything a little more cut-throat level of excitement. Lethal Lawns is out now on Steam for $4.99USD, get out there and extreme sport your lawn!

Cute animals, mean scientists, cruel experiments, need I rouse you any more? Come player, help this adorable fox rescue his friends from being experimented on. He’s the only one who managed to escape, but he needs your help to free his friends. Complete challenging level design with inbuilt puzzles, free his friends and earn powers to help you free the rest. The game plays a little like Oddworld, except there are no in game NPC’s apart from the friends you rescue, at least not up to the point I played to, you have to traverse through puzzles, avoid obstacles, jump platforms and push buttons to save your first friend and claim your first power, then use borrow his power to fire laser beams you can use to reach those troublesome areas just out of reach.

It’s a slow paced, sort of relaxing game in its very early stages. It’s the kind of game you sink an hour into each night after work or before bed. I expect level design to get more intense and challenging the further you go and the more friends you rescue, so I see it also being a good challenge to keep your mind on its toes. As said above, the game seems in its very early stages, so it has a lot of potential for improvement. I’m definitely interested in seeing where the dev team goes from here and what sort of powers our little foxy friend gets. I look forward to rescuing some more adorable friends! Follow them on their social media outlets here and here for updates as they come.

If you’d like to try out the build these guys where running at PAX for yourselves head on over to this Itch Io link to download and try it out! 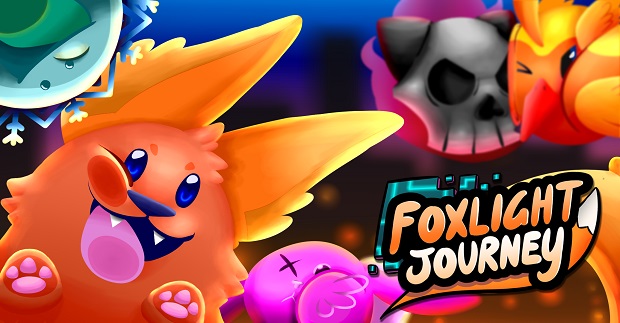 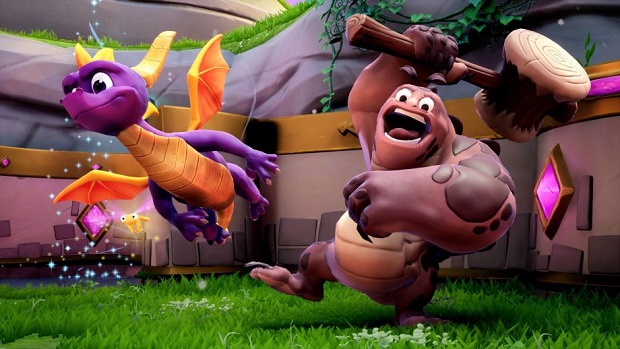 Another game I’d been dying to test out since I heard it was coming back. One of the first game series I grew up with alongside other games like Crash Bandicoot, Final Fantasy and Gran Turismo, this is among these classics that I sorely missed.  The demo is painfully short, however with such a huge following, I totally understand that it needed to be short in order to get through the masses they had piling up constantly over the course of the weekend, but it really was over so quick, just as I was really getting into my groove!

The game essentially plays exactly how I remember it, same controls everything. Gameplay is heaps smoother obviously, the colours are great, shading too, level design recreated in near perfection, though I suppose they would’ve had the foundation in the first place so I can’t really give full credits to a team that likely had an easier time than one who builds from scratch, thought by now means am I suggesting a HD remake is an easy feat on its own. There’s not a whole lot I can really say going into this though, only that it retains the spirit of the original Spyro, at least for now. It’ll be interesting to see if Crash’s model box issue crops up again now that character sprites have come a long way since their blocky early to mid 90’s cousins. The booth was hella busy all weekend though and that speaks volumes for how anticipated it is and I look forward to getting my hands on a copy to relive my childhood nostalgia.

With that, convention season in Melbourne comes to an end, overall, I feel PAX this year fell slightly short over last year, panels I feel have begun to try and cover too broad a field and they risk segregating people into their niche groups too much if they try to cover absolutely everything. PAX Rising for Indies and the show floor for all the big shots however was totally on point this year. I was super glad to see more and more indies get notoriety for the hard, mostly thankless work they tirelessly squeeze out of their soft, squishy bodies and it was an absolute pleasure to test many of them, my only wish is that I had more time fit them all in. I want to take a final moment to thank all the staff, volunteers, devs and cosplayers for putting on a good show and for letting me take snaps and publish some of them here. I eagerly await PAX Aus 19 to see what has changed with many of these games!

For full PAX Aus 18 Photos, please shoot over to my Instagram page where you’ll be able to see all the snaps I took from across the whole weekend and please do read through my previous daily summaries to check out the amazingly talented cosplayers! That’s all from me, see you next year!