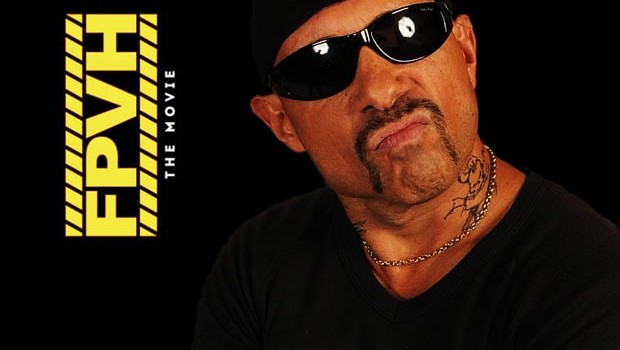 Welcome to Impulse Gamer Pauly and the question we all want to know is when is your next movie coming out?

Is that the sequel to Fat Pizza vs Housos?

It’s a different one man and you’ll have to wait for the sequel. This is a new project about dumb criminals which is based on real dumb criminal stories from around the world played by us idiots. If you thought Housos would give you a rash, this would give you an STI which will give you some indication of the humour in this one. 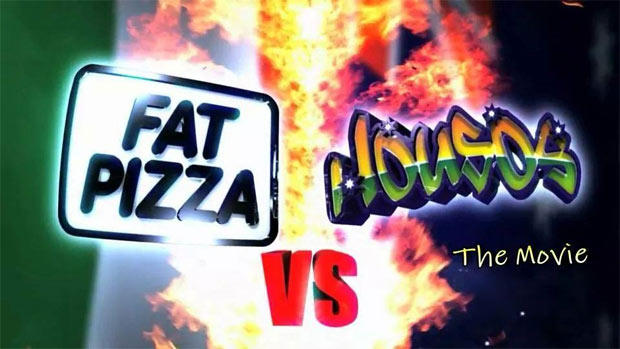 Is that filming in Sydney or across Australia?

It will be Sydney and a mystery location somewhere in the world which I can’t say where because I want to get visas <laugh>.

So with Fat Pizza vs Housos released today on Blu-ray and DVD, how did you come up with the idea of merging Fat Pizza, Housos and even Swift and Shift Couriers?

Because I got sick of everyone saying when is Fat Pizza coming back or Swift and Shift. So because Housos was on, I thought I’d put them all together. So there ya go, shut up! <laugh>

Can you tell us who was your favourite character to play from Fat Pizza, Swift & Shift and Housos?

Definitely Frankie man because he gets more chicks and he’s more of an action character I think. Pauly wasn’t bad but was a bit inhibited and didn’t have much luck with the girls. Frankie’s the guy and if I could be like any of the characters in real life, it would be him. I mean who wouldn’t want to be Frankie, he gets threesomes and doesn’t have any repercussions. He escapes all the time from the cops and he’s like Fonzie meets Ned Kelly! <laugh>

You also managed to get Pauly some action in Fat Pizza vs Housos as well?

Yeah but it’s the only one he’s had in 15-years so you gotta say that he had something coming <laugh>.

Frankie vs Pauly! In a cage fight, which character would win and why?

I reckon Pauly would beat him because Frankie has his thongs but Pauly is an ex-champion boxer, he’s done a bit of kick boxing and he’s taken on some big numbers in his time. With Frankie, he’s usually only done one on one fighting which is fat slow police. So my money would be on Pauly mate and the big tattooed lout who talks big always loses. It’s always the clean skinned humble guy who wins in all fights, it’s the standard rule of any martial arts mate. 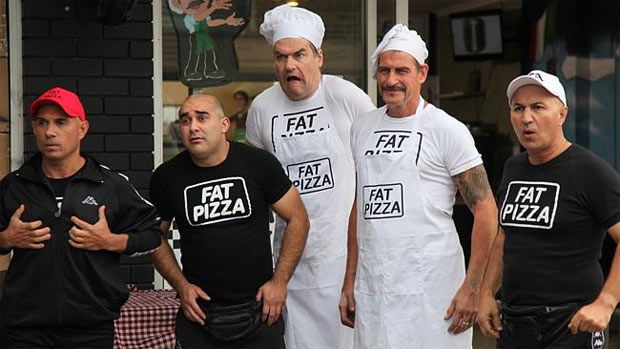 What was it like working with the Fat Pizza guys again like John Boxer (Bobo) and Paul Nakahd (Sleek the Elite)?

It was like a flashback man and like being in a time machine as you’re in a place where you were ten years ago. It was good and we had a lot of fun. They are also great on screen characters and they jumped back straight into it which was really surprising because Sleek hasn’t done anything for a long time, like 2000. So it’s a long time and it was great to see them back mate.

So what movie magic did you do in Fat Pizza vs Housos to make Pauly and Frankie appear so different? Pauly actually looked a lot younger than Frankie.

I won’t tell you which way it goes because maybe in real life I look much younger or maybe I look much older or maybe we used magic tricks one way or another. I’ll leave it up to you to work it out. But seriously it’s just a bit of makeup and lighting. When you do the Frankie character, he has a very different physical look than Pauly who is ethnic and we look young until we’re like 60 and then just die you know? All of a sudden you look old overnight which is the same with Asians too that is an advantage we have over the Anglo people and we don’t have many but it’s one that we have. <laugh>

So making the film Fat Pizza vs Housos, what was the most challenging aspect Pauly?

There are a couple of big scenes that had like 80 guys running at each and getting those big scary guys to do what you want and not getting it to turn into a real riot was challenging. You’ve got a couple blackheads [bikers] versus some ethnics. Some of the bikers were wearing a lot of southern crosses and because the other guys were from all sorts of parts in the Middle East, it could have gone any which way mate… like the Cronulla riots but it was all taken in good fun. Big scenes are challenging, playing two roles and the question should be, what wasn’t challenging? It was very hard to do but you know, we forge on and continue to succeed while others fall by the wayside mate because we’re tough, that’s why. <laugh> 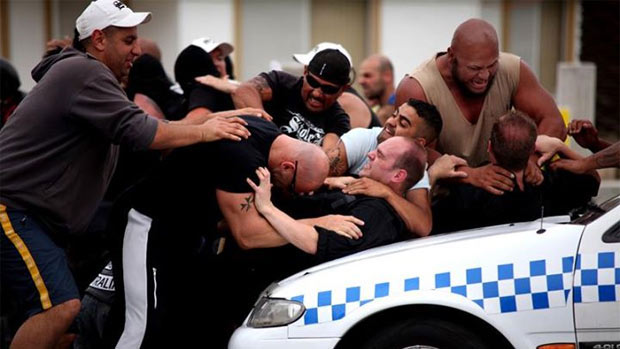 What about the most rewarding aspect?

It’s hard to answer as you’re making it bit by bit. You write the script, then direct it and on the day, you’re only focused on little bits at a time. We were actually shooting a lot while we were editing the film so were picking up bits and pieces. I had no idea how it would turn out until it’s almost finished and the most rewarding bit was that it did actually work and from what I could tell, the people who have seen it, really liked it.

It was true to Fat Pizza and Housos so I guess it was the end result that was the most rewarding, especially trying to redo stuff you’ve done ten years ago and also be true to the stuff you’re currently doing, then reference other shows and still try to make it funny. It was like trying to pick up a circus, then balance it and walk around six times around the garden, it was pretty hard and somehow it managed to work.

What’s the funniest thing that has happened on set?

Probably the dwarf was one of the highlights for me, you know the angry dwarf that makes me laugh. The two cops who were trying to kill me and invariable at some point when we’re trying to film, the real police turn up and it’s always funny. They think there’s this major thing happening and then they realise it’s us and they usually want to get pictures with us which is pretty cool. But it’s hard to pick one thing because it’s a compendium of crazy bloody people as every day was just like being in the circus man with all those crazy people. 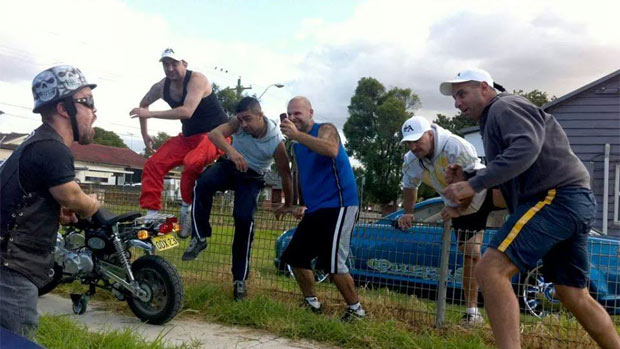 So with Housos… you’re pretty much spot-on with some of the antics that happen in those commission housing estates, what research did you do?

Mate, if I’m going to something, I’m going to do it right so when I was researching Housos, I went to real houso areas and snuck around. I visited people all over the years in life and comedy so I had the houso experience in various degrees. Actually when I think about it, my grandfather got a war home which was a housing commission home because he was a World War II veteran. I guess I live in that house, so essentially I bought a houso house to live in so I guess I’m a houso from day one. <laugh>

So are you going to revisit the world of Housos again or do something like The Real Housos Housewives of Sunnyvale or something?

Yeah! Fans still love Housos and I don’t know what’s happening because the TV stations don’t want to do another Housos for some reason. But I wouldn’t be surprised if there’s more Housos in the future mate. Shazza will be back and you can’t keep Shazza down and these chicks reoccur more than herpes mate… you can’t kill them! <laugh> 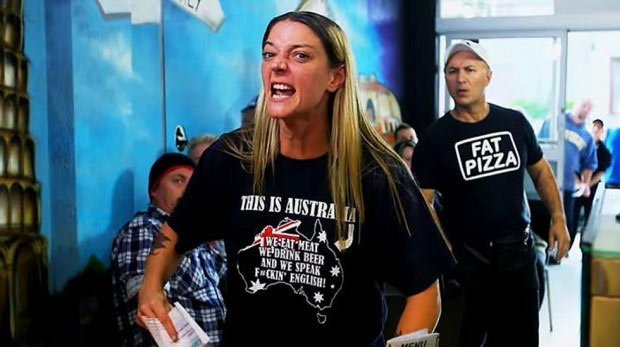 You guys also recently performed at the Melbourne International Comedy Festival, do you have more tours?

We’re always touring Australia when we’re not filming. We’re in production on some project for at least 8-months of the year and those other 2-months we film and then the other 2-months is planning the rest of it. So we fit it in and we’re in Victoria again in May or June and hopefully rural Queensland because I want to see those crazy bogans up there. <laugh>

It’s a tough call and I guess I’m conflicted. There’s the dodgy ethnic part in me who would just download stuff because that’s what you kind of do and being around so many real housos when we film, you just know that there downloading like nothing else because they’re poor. So poor people may have a right to download but rich people don’t, you know? That’s kind of how I feel about it but as a producer you can’t … it’s just a tough thing and I don’t know how you police it. So yeah, I don’t know how to feel about it honestly?

It’s 50/50 you know, you don’t want to put all your money into something, make nothing and get ripped off. That sucks but I just don’t know what you do these days. There used to be certain ways where you could make lots of money but more of its gone digital now and if you do a complete digital project and it’s just ripped off and makes not one dollar because it’s gone onto a torrent site, that sucks because you made no money.

But if you were Fast & Furious 7 and made like 60 billion worldwide in the cinemas, DVD and all the rest of it, and then it got ripped off, you know maybe a couple of poor people in commission housing in Geelong, I would give them a pass on it you know? It’s a tough one to answer because personally I feel kind of one way and strictly speaking as a producer, you can’t support piracy because its kills your work. Sorry, it’s a long answer man but let’s put it this way and I’ll give you a simple answer… piracy is shit <laugh>. It rips us off, we lose money and we can’t make any more shows, there you go! 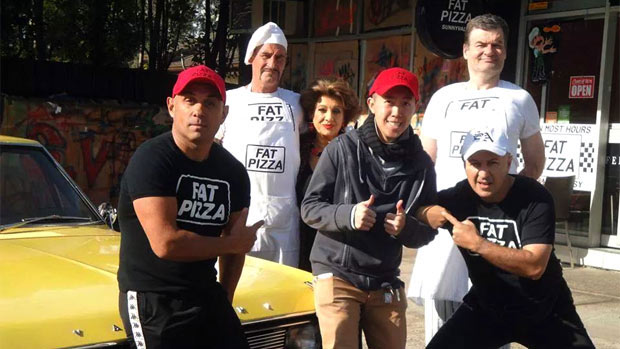 So what else do you have planned for 2015 and can you tell us the name of your new movie?

So are we going to see more Bogan Hunters or something else on TV?

We’re talking to a few of them at the moment but the problem is I’m too quick as I’m already onto a new project while they’re still talking about the last one. So if they don’t sign up quick, I jump onto something else … so last year when I said what are we doing next, they were going like hmm uhh, budgets, sure, we’ll get back to you. I then jumped into a couple of films as I don’t like to stooge around mate.

If you can channel your inner Pauly again, what would he say to our readers about Fat Pizza vs Housos and why we should buy it?

Pauly would say “watch it because it’s got chicks, it’s got action, it’s got ethnics, it’s got subwoofers, it’s got thongs being thrown left right and centre and apart from those big Hollywood films what else do you want in an Australian movie?

So to our gamers out there, what are you playing at the moment?

The game I’m playing at the moment is the new Nazi zombie game so if you want to kill some time, I can recommend it. It’s called Zombieland and its World War 2 meets Nazis, zombies and Call of Duty! It’s awesome!

Thanks for your time Pauly and all the best for 2015. 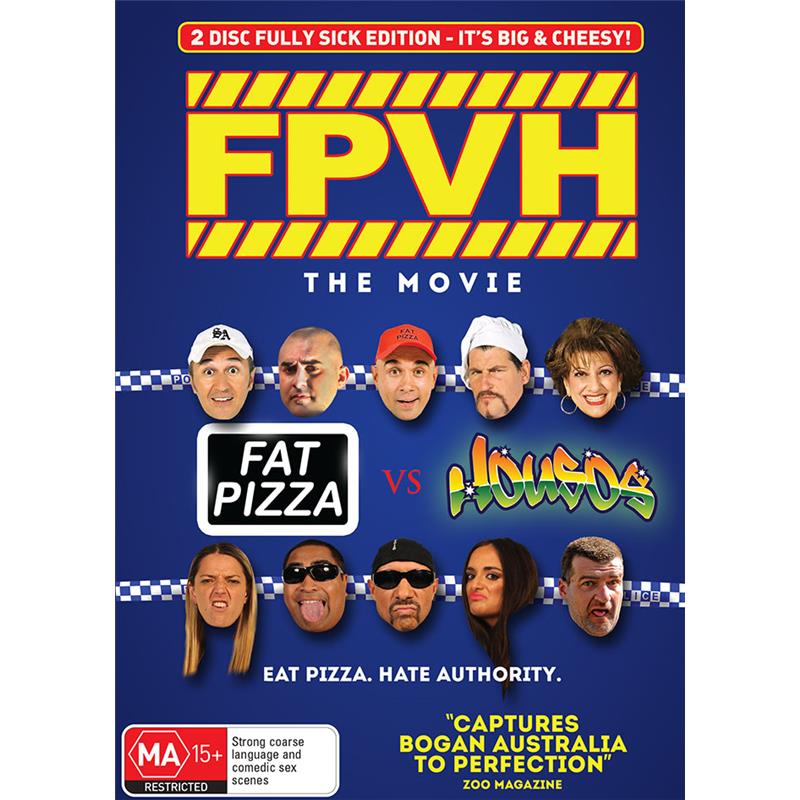 Transmission Films and Impulse Gamer are also giving away 10 copies on DVD at https://www.impulsegamer.com/winfatpizzavshousos.html – so enter now to win!