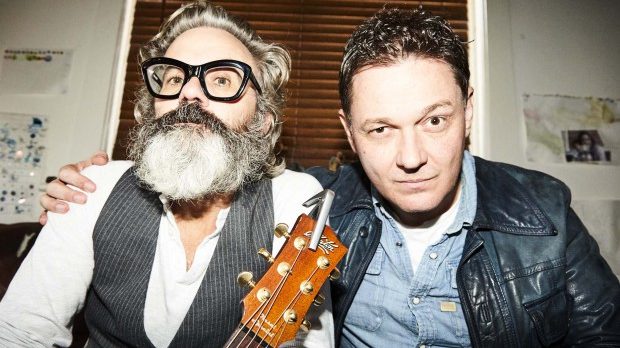 Where do I start? Australia has a long history… a history… is known for producing some fine comics. Australia has also put out quite a number of talented musicians. At some point in time, someone decided to mix those two things and bestowed upon us the musical comedy act. I think my first memories of Paul McDermott were staying up watching The Big Gig in which he was performing as part of DAAS (for those that don’t know what that stands for it… it’s The Doug Anthony All Stars), then of course he would pop up in other shows of which the most recent that was close to my heart was Good News Week. My first recollection of Steven Gates would most likely have been watching one of the comedy specials being televised around Melbourne Comedy Festival time… at that point I wouldn’t have known I would go on to work with him on an extra for one of their DVD’s… well “work with” is probably too strong a term… I performed in some scenes, he was in the same room for one… that’s about it. Yes I am tragic enough to have then reminded him of this brief “working history” when I spotted him at IKEA one day trying to find a certain department… I was there as a brand ambassador and offered to show him the way, I’m sure he was happy to finally be free of my nattering on when he got there. 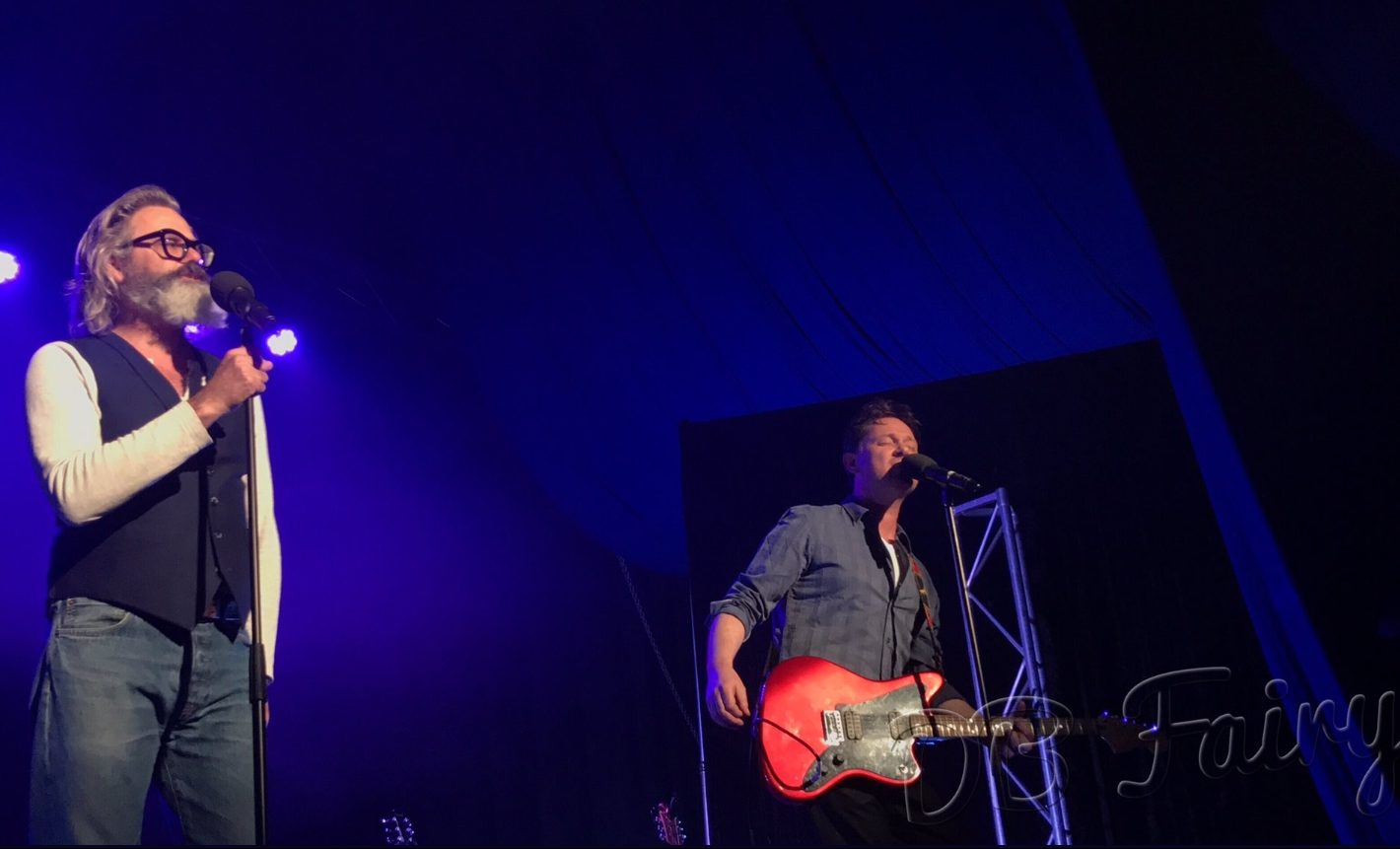 So anyway… years later. My wife and I moved up to Ballarat a little under two years ago and this year she spotted a show in the local Cabaret Festival, she showed it to me and said “would you be interested in seeing that?”… despite knowing money is very tight I responded “yeah” and our course was set in motion. Now being new to Ballarat we weren’t entirely sure where to go for the show… but it was a reasonably nice evening… the hint of Spring was in the air and it’s a lovely city. Eventually we found our way to where we needed to be. We entered the cosey theatre space and took a seat… not near the front (which had tables so may have been reserved, but also we knew it was a comedy show… sitting in the front is dangerous), not at the back which had some nice raked seating, but in the middle which had a nice bit of leg room. Well after a bit of preshow chat we suddenly heard a voice from behind singing “Waiting… for the show… to begin”. We turned around and there he was, the bespeckled bearded songbird Paul McDermott. He made his way in to about the half way point and stopped. Then from the other side of the theatre “Waiting… for the show… to begin”. The Mariachi of Mirth Steven Gates had appeared and made his way to the center side of the room. I should point out at this point that when I said it was a cosey theatre space… I really meant it, it was quite close and personal. 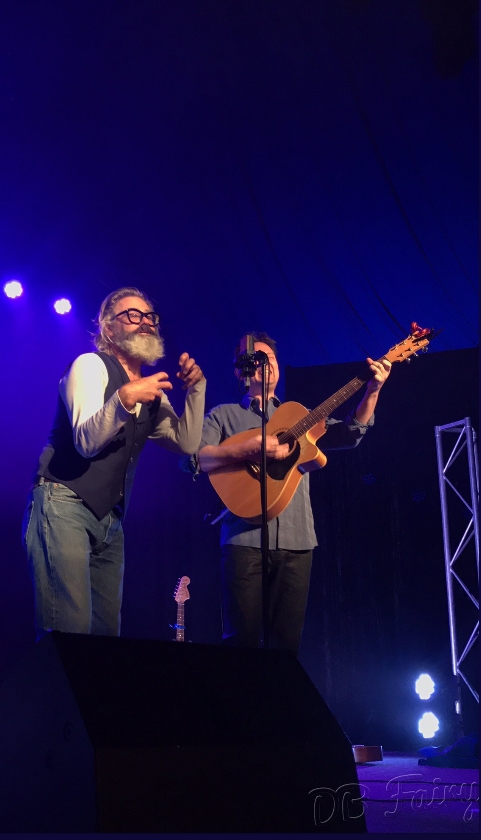 Up to the stage they went fencing with musical barbs until finally they were there, in the spotlight and that part of me that has trod the boards in the past had that little pang of yearning and that sense of magic and mystery that flows from a live performance. As this was part of the Ballarat Cabaret Festival we were told that “contractually” they were obliged to break the fourth wall (given the intimacy of the theatre I don’t think they would have had much choice anyway) and they did so in a way that felt very inclusive and again really quite personal. The show featured a number of new songs and some enlightening stories in between. After the show was over we were told they weren’t able to do an encore, presumably the next show needed to set up. Now normally that would be cause to be upset, but these two lads didn’t let the entertainment end there. “Follow us out and we’ll do a bit of busking”… so everyone filed out of that little theatre and milled around the front of the building and proceeded to have what was arguably an even more intimate exchange despite the much roomier location. 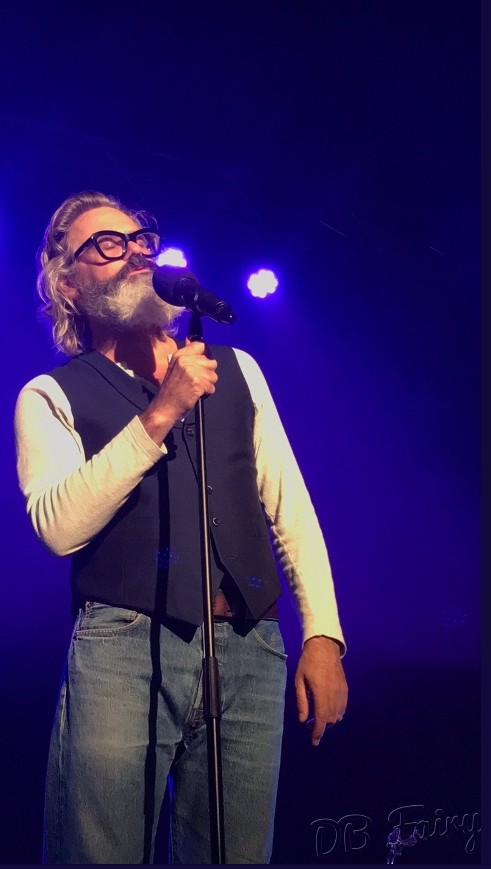 There was something quite magical about everyone standing around Paul and Steven, chiming in with “Do do, do dooo, do do, do dooo”‘s as the duo sang and played “unplugged”. I’m sure I could see in Paul’s expression and body language that he was enjoying this connection as much as we all did. But all shows must end and hopping off his perch Paul graciously posed for “selfies” and mini chats. I was tempted to go over and thank Steven but figured out IKEA event may have been enough to scar him for life… so I inflicted my fanboyness on Paul and gently tapped him on the back to draw his attention, told him sincerely “thank you” and then said something that he may found quite cryptic because I couldn’t think of how to say it properly… I said “it’s nice to hear music with lyrics that mean something” or words to that effect, he did look a little confused. Even now I’m not sure what I can explain what I meant… I guess just that I find his lyrics to be poetic and moving and even when they are bitingly comical they still have a charm to them that a lot of music doesn’t… maybe I’m just an old fart and enjoy actually being able to hear the lyrics? 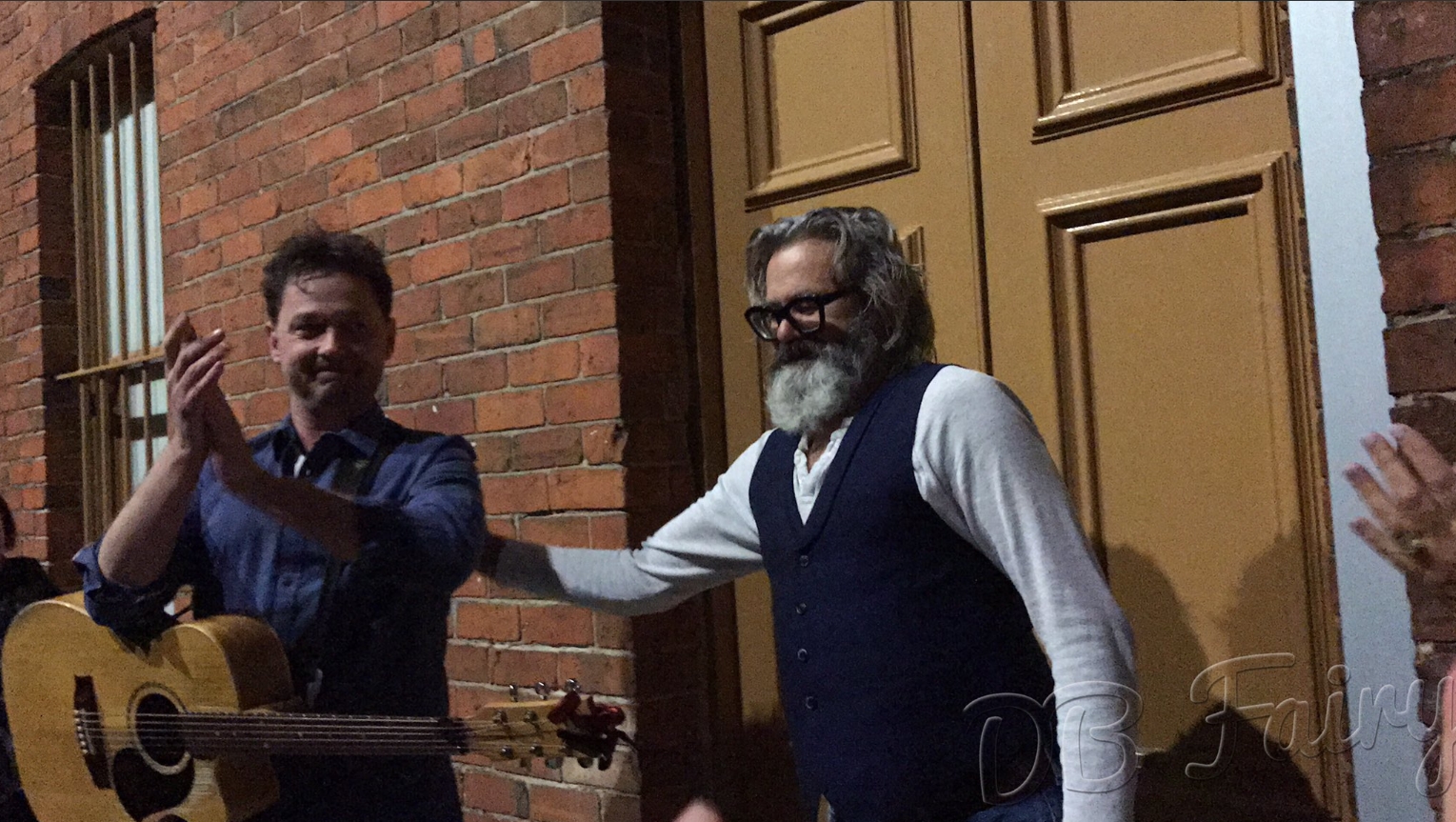 I came away from that show wanting to sing, actually my children who have had to listen to me “singing” the portions of songs I can remember will tell you they wish I could sing too ;)

Unfortunately there are no tour dates for the show but if and when it does get on the road, do yourself a favour and go and see it. Paul and Steven have a great deal of talent and they are a true pleasure to behold.

Steven Gates is next likely to be seen with Tripod, shows pending but details should be able to be found at Tripod’s website

Paul McDermott is next appearing with DAAS tickets available here