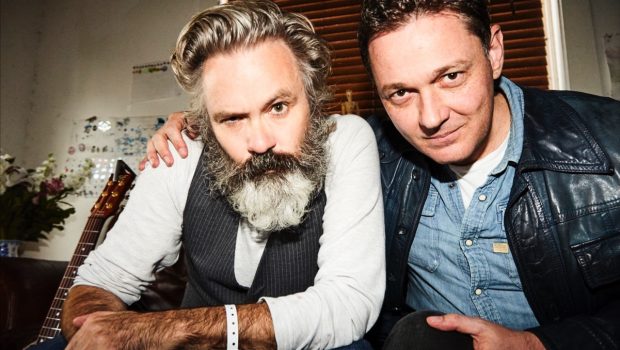 Songs of beauty, songs of heartbreak, freshly-minted comedy concoctions, old squabbles and spontaneous nonsense. Two of Australia’s most adored singer-songwriters lock harmonies and minds in one unmissable show. Paul McDermott (Doug Anthony All Stars) and Steven Gates (Tripod) have been friends for 18 years, and singing together in private for five years. It’s time for them to share.

Don’t miss the chance to see these two extraordinary talents, together at last.
1-10 March 2019
Fortuna Spiegeltent at The Garden of Unearthly Delights, Adelaide SA
7-8pm | Tickets

“Compellingly beautiful” **** – Fringe Review, Adelaide
“From the moment they entered the room together, their energy was undeniable… once they reached the stage, they were unstoppable…” – The Music, Perth