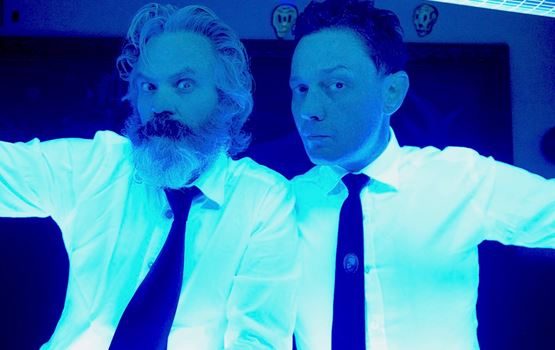 Paul McDermott and Gatesy Go Solo in Adelaide and Melbourne

Two of Australia’s most adored singer-songwriters will lock harmonies and minds in unmissable shows in Adelaide and Melbourne this year.

Paul McDermott (Doug Anthony All Stars) and Steven Gates (Tripod) have been friends for 18 years, and singing together in private for five years. It’s time for them to share.

The duo will be performing as part of the Adelaide Fringe Festival at The Garden of Unearthly Delights from Friday 1 March – Sunday 10 March, as well as a special show at the Melbourne Recital Centre on Saturday 13 April presented by Penney & Logan as part of the Melbourne International Comedy Festival.

So be sure to join Paul & Gatesy as they sing, saunter, cavort, haggle and harmonize…

For more information, head to https://www.facebook.com/mcdermottandgates/