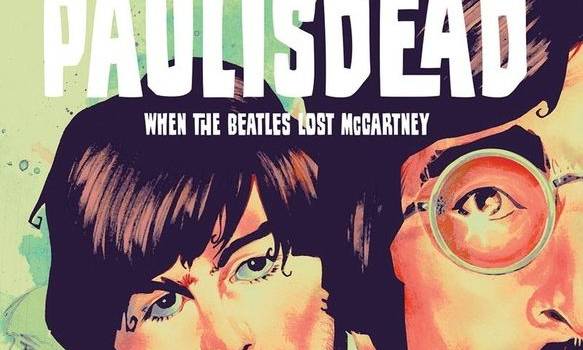 Summary: Based on the conspiracy theory of Paul McCartney dying in a car crash in 1966 this book aims to be the definitive version of the story.

Not for me sorry

Based on the conspiracy theory of Paul McCartney dying in a car crash in 1966 and being replaced with an impersonator, this story aims to be the definitive version of the story.

This is a difficult one to recommend straight up as you have to either be on board with the central story idea or you will not enjoy it at all. If you like the Beatles and not conspiracy theories you are probably not the intended audience for this one.

There is really only an outline of the story but everything is covered here from what I know of the conspiracy theory.

The main focus of this is the artwork which is quite interesting and tells the story well. There is even a section at the end of the novel with concept drawings and sketches that were used to develop the finished artwork.

If you are a fan of this particular artist I would recommend it as they seem to have been given free run in this story to do whatever they wanted to fit into the narrative. There is sparing use of psychedelic imagery as it would have been too much when the artwork is already avant-garde enough.

I would give this a higher rating even just for the bold artwork but there is something in it that just does not seem to land, maybe the sketchy story and character development as there is nothing really new on offer here. Kind of hard to do that when you are dealing with actually famous figures of entertainment history but it still would have been nice to see something different in that regard.

There is plenty of Beatles stuff out there if you just want something with them in it. For everyone else I recommend having a look at it before you buy it to see if it is for you.