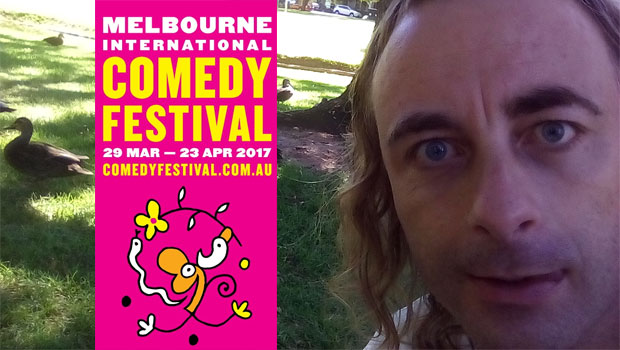 We catch-up with the delightful Mr. Paul Foot, UK comedian extraordinaire and leader of the The Guild of Paul Foot Connoisseurs who is performing at The Famous Spiegeltent (Arts Centre) from March 30 to April 23 during the 2017 Melbourne International Comedy Festival… and to quote Paul about this interview, “You couldn’t make it up!”

Welcome back to Australia and Impulse Gamer Paul! So what are you most looking forward to this time on your trip?

Well… nice weather and we’ve been in Adelaide since Monday and it’s very nice. I’m looking forward going to Canberra because I’ve not been there before and that will be exciting! I’m also looking forward going to New Zealand as I’ve not been there before but I shouldn’t mention that because that’s not Australia and you don’t want to know about New Zealand.

Tell us about your new show Paul and apparently there’s a little piglet involved?

Yes… “Tis a Pity She’s a Piglet” but of course with all my shows the content of the show is entirely independent to the title. However there is a mention of two or three pigs in the show in passing but no actual piglet… although there is a monkey in the show so it’s very misleading because a lot of people were expecting a piglet and instead, they get a monkey. 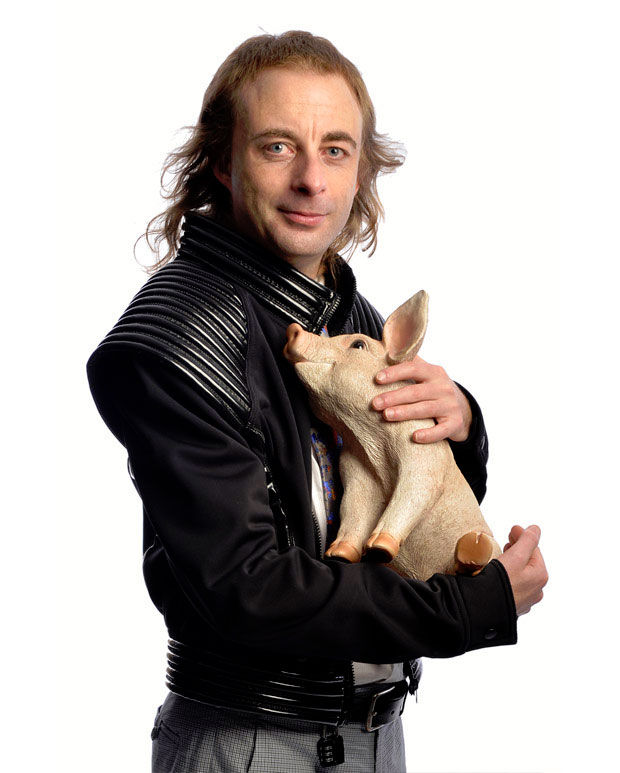 Definitely misleading because in your promo poster, you are holding a piglet.

That’s right because the show is called “Tis a Pity She’s a Piglet”… so therefore I had decided to have a picture of a piglet. It gives people a sense of the mood of the show, i.e. “ABSOLUTELY RIDICULOUS” because there’s a lot of silly nonsense while giving very little away about the actual content. But I can reveal some of the content, I can reveal that there is some humour about what would happen if Spider-man was a right bigot and there’s also a young farmer out of his depth with a heffer.

So where do these ideas come from?

They normally come from places when I’m about to go somewhere, like at an airport or another place and I just had a gin and tonic and maybe another gin and tonic and then I start to get one or two silly ideas. I write them down on pieces of paper and later when I’ve sobered up, I go through them and edit them and make them into pieces of humour.

Are your famous disturbances back again Paul? 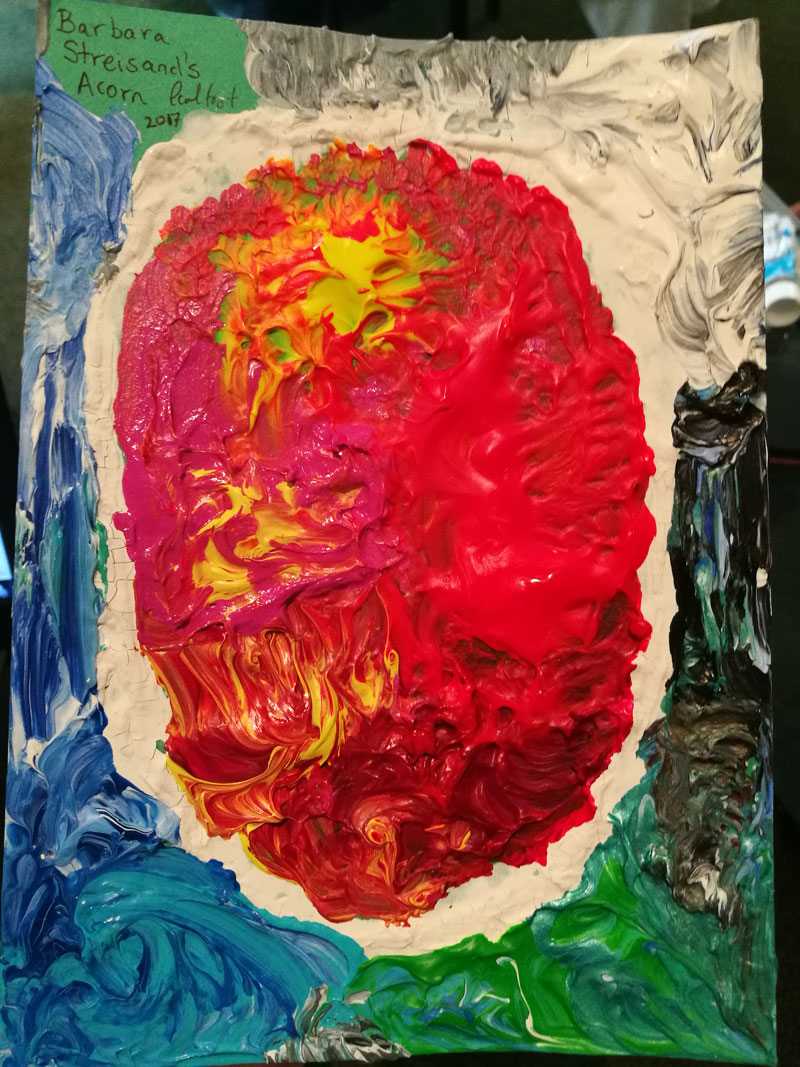 What kind of disturbances are you drawing at the moment?

Do you have a set number of disturbances that you make available to the audience?

Well, I’m always in a constant battle to make them because people keep buying them and at the moment, I only have six in stock so I need to make more urgently. I usually have ten in stock to give people a choice on which ones to purchase. I was just thinking now that one of my favourite disturbances that I have made is called “The Essence of Monkey”. It’s a marvellous one and when I looked through my briefcase now, I must have sold it to someone in England and this is the nightmare of the artist, always having to produce the art as people keep buying it.

As an utmost professional artist, have you ever thought of copying them and palming them off as originals or would this breach your artistic integrity? 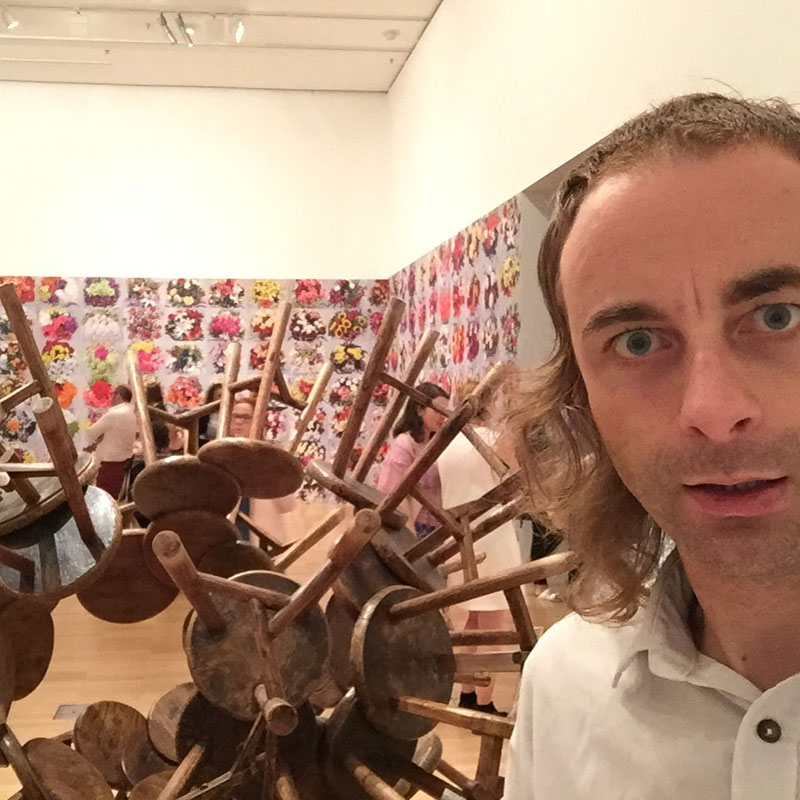 What kind of monsters Paul?

Maybe a three-eyed monster or one that looks quite friendly but has loads of disease. Maybe a racist monster that has big eyes on a big stalk that is all black coloured and has brown, pink and blue colours swirling around its racist brain.

So with your disturbances (we’re intrigued), do you get inspired by the places that you visit? For example, you’re in Adelaide now, is there something in the ‘City of Churches’ that can trigger these disturbances?

Yes, I can often be inspired in where I am… for example, once when I went to Rome and I did one that was called “Memories of Rome”. It was just like all the things in Rome, these huge pillars with these giant statues on it but at the top of the pillars, they were all in the shape of a penis. They were the memories of Rome! Although I’m not going to go into any more detail as to why it’s named like that because it will be revealing too much <laugh>.

Tell us a little about your loyal followers on social media and the Guild of Paul Foot Connoisseurs?

It’s always nice to have the Guild of Paul Foot Connoisseurs people, the Twitter, Instagram and the Facebook followers. I like to keep in touch with the connoisseurs as I can say things to them and they can say things to me. Also, they can speak to me in real-life because I always meet the audience after the show. In fact the only time they really can’t talk to me is like maybe when I’m asleep which is the only time really or if I’m having a bath or shower.

What about the toilet? A lot of people like using their smartphones in the toilet?

Well, I never take the phone into the lavatory because of the safety risk. 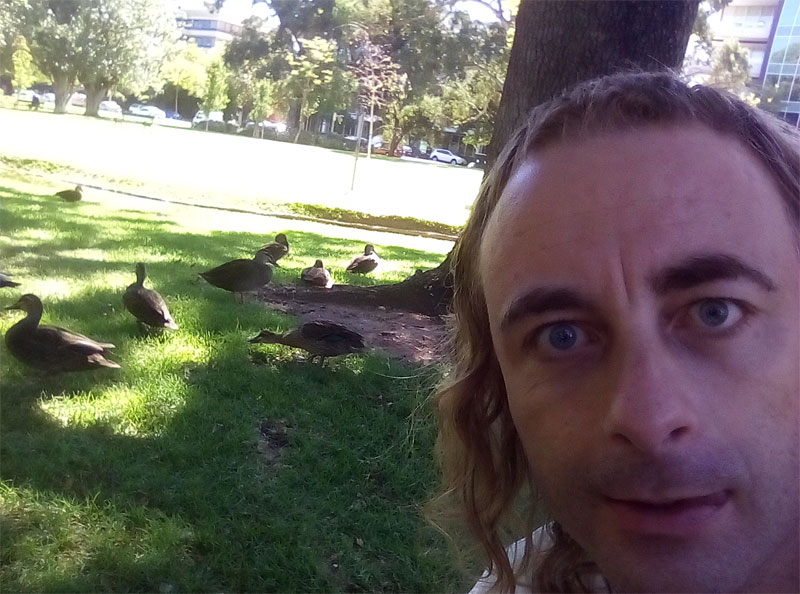 Last year you had the magic hobby horse and there was a fair bit of audience participation, what can we expect this year?

What kind of monkey is it?

It’s a little microwave monkey that can go in the microwave with all the lavender smell.

One of those heat packs?

Yes and he’s so beautiful and his face is all lovely and smiling but there is a twist to the tale which people will see if they go to the show.

So does this monkey get used in good old cold England during winter?

Yes, he gets used in the winter and in the summer as he is an all-weather monkey and without giving too much away in what goes on in the show, sometimes the monkey sustains injuries and then my Aunt who is an expert at sewing has to sew up his bottom to stop all his bits from coming out of him <laugh>. All his lavender bead things.

What are you most looking forward to the show in Melbourne this year?

It’s just a really fun show and I love doing all the bits in it. The show is exciting to do because it starts off with certain pieces of comedy that’s quite observational and then it starts becoming more surreal and then at the end, it sort of becomes hard hitting which is surreal but looking at quite deep issues but in a very surreal way. I also like having people in the audience identify themselves as the different people I’ve described in the show.

There’s this one piece where I talk about people who are married but they’ve been married too long and when they go on a holiday, they just bicker with each other. When I did that piece of humour last night, there was this couple in the front who were like an older couple and they realised it was them. There’s another character in the show who is an absolute pervert and a lot of people say that they are him as well.

Do you need to tailor your shows when you travel around the world?

How would you sum up your new show?

A show in which I ask the questions that no one knew anyone would ask and then answer them using surrealism even if no one wants an answer.

About Paul Foot ‘Tis A Pity She’s A Piglet

The weird and truly wonderful Mr Paul Foot aka Professor Ketchup returns to Melbourne, joining forces with his camembert piglet to tackle the big issues such as terrorism, Kim Jong-un Kardashian, immigration X-Factor and breakfast.

The multi-award-winning Mr Foot has appeared across TV and radio in Australia, UK, Canada and the USA including Never Mind The Buzzcocks, Would I Lie To You, Spicks and Specks, 8 Out Of 10 Cats, Funny As Hell and Last Comic Standing.

‘Utterly outlandish, but beneath layers of absurdity is Foot’s sharp eye for satire.’ Time Out

Social Media and the Internet