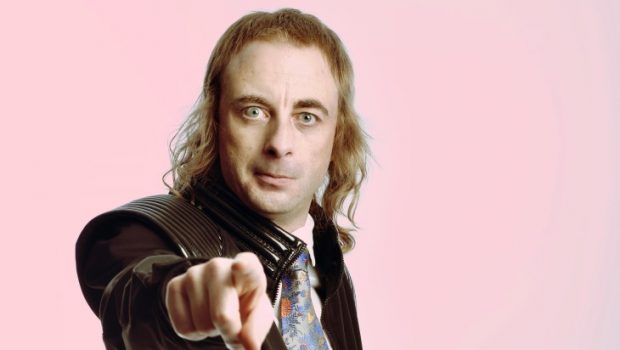 Welcome back to Australia Paul and where the heck were you last year? Melbourne has missed!

We last saw you in 2017 Paul and since then, my wife and I have had twin girls and if we could give you naming rights, what would you call them?

Ooh… congratulations! I would call them Andromeda and Saturn! The only thing is that I would insist that you change their surname to Foot. I do like the name Andromeda and if I had a baby, I would call it Andromeda Foot. I also like Saturn as it’s got lost of rings around it but they will be gone in a few million years and will disappear.

Your hair Paul… do you know that in Australia there is a subculture that sports your same style?

My hairdresser models it on my personality because it’s businesslike at the front and more artistic on the sides and at the back. I’m glad to hear other people have the same personality as me or at least have the same hairstyle.

Is your haircut like Samson in that it gives you superpowers?

I wouldn’t say it gives me superpowers but it does give me the need for extra hairbrushes. I need more hairbrushes to brush it as it takes so much brushing. And conditioner so it doesn’t get knotted and this conditioner comes in a special sort of grey bottle and smells of mint toothpaste.

When you put it in your hair, you can feel like there’s mint and it’s all fresh in your hair and you go ooh. It feels very nice and it feels like you have brushed your hair with toothpaste.

That sounds like a special surprise for some of your audience members when you get into their personal space?

When I get into a person’s space, I’m always careful to do the incidental flossing so I have a nice mouth. Sometimes people say that you’ve got nice breath that smells all mint. They also say that I have nice hair.

People often remark on the smell of my hair and in this current show, I become like a platypus, I adopt the persona of this animal and I go around smelling the audience, so I get the smell of the people. They often smell very lovely, especially here in Australia as they are very good at personal hygiene.

There’s lots of different smells. In Melbourne, people tend to smell like lavender, whereas in Brisbane, people will smell more rosemary-like and if you go to Western Australia, they smell more like pepper. In Britain, people smell all musty like mothballs.

Mothballs are a very important part of the British psyche, especially the older generation. In fact, they have said that there is a direct correlation between people who voted for BREXIT and people who buy mothballs.

While we’re talking about the audience, could you profile one of your typical fans?

I could not typify one of my audience members because I am very pleased to say that they are all different. There’s all different ages, from the age of 12, all the way up to the nearly dead, obviously which is the other end. I also have people in the audience who are male gender, the female gender and also other genders. There’s all sorts of different people really and that’s what is so fun as they are a real “mixture”.

Were there any challenges in creating your new show Image Conscious?

There’s a nice flow to the show that takes people on an unexpected journey. Sometimes it feels to the audience that we’ve all gone off onto a tangent and they realise that the tangent was actually part of the journey, unexpectedly. So I suppose the challenge in creating this show was to work out the journey that I would take the audience on.

Can you tell us more about that journey?

Do you famous disturbances return as well?

Do you have any concerns when you perform Paul?

So I don’t get too concerned really, however now that I think about it, there’s a whole raft of concerns, sound systems could fail, the lights could fail, there could be a fire and everyone has to evacuate the theatre. It could be that I’ve walked into the wrong stage and performing to the wrong audience and another comedian is performing to my audience. So when I think about it actually, there’s a hell of a lot of concerns.

What are you most looking forward to your Melbourne Connoisseurs?

I like being in Melbourne because I have more chances of meeting connoisseurs than in other places because I’m here for 4-weeks which is the least travelling I do all year. There’s a bit more time here as I am not travelling so I often. I get to meet my connoisseurs going around Melbourne and maybe have drinks with them and occasionally attend a BBQ with them.

Lastly Paul, are you hoping to explore more of Australia while you are here?

In Perth, I’m planning to visit Freemantle Prison on the tunnel tour where you go underneath the prison because I like Freemantle Prison. In Melbourne, I used to like going on the restaurant tram but there’s no restaurant tram anymore so I’m planning to go on the normal tram and eat a sandwich and in Sydney, I have no plans at the moment. I went on the Harbour Bridge Climb one time that was quite good fun so I might go on that again. They call it a climb but actually it’s just going up and down some stairs.

Thanks for your time Paul and enjoy your time here in Australia and New Zealand. 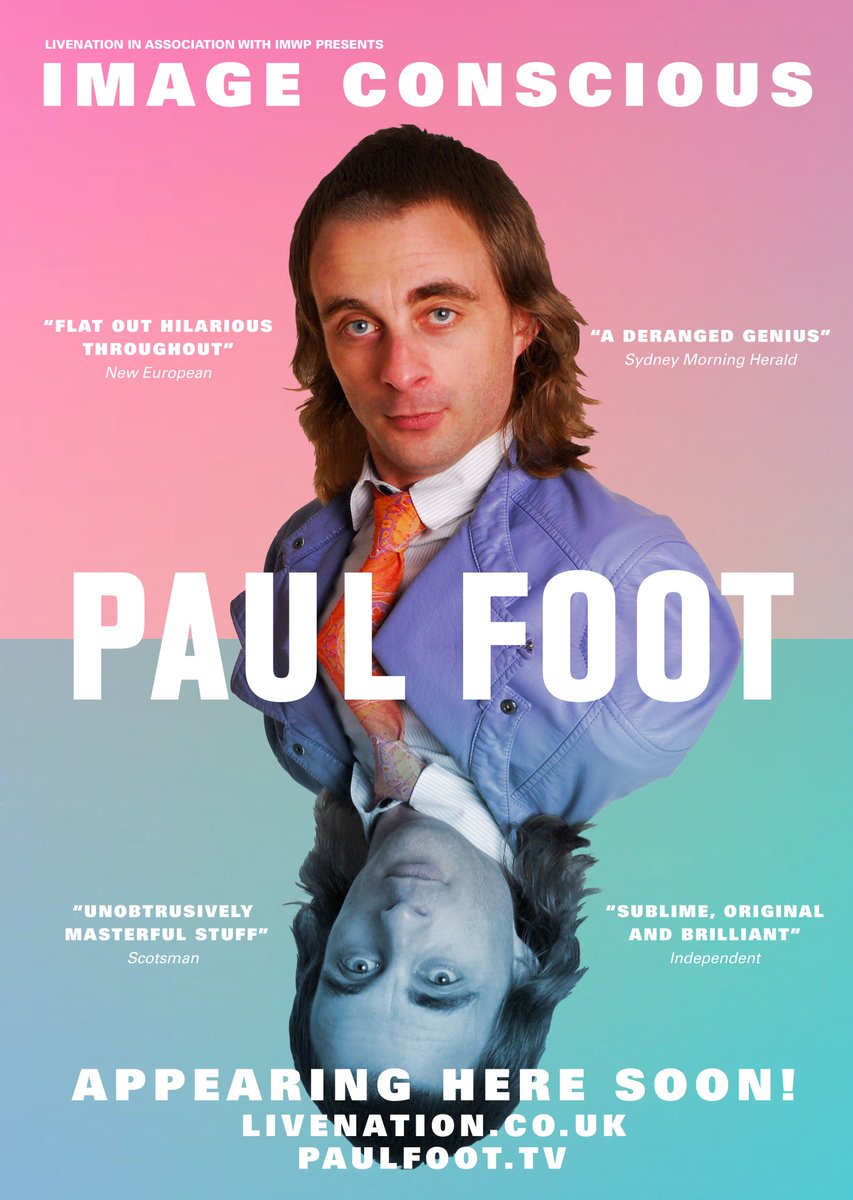 The multi-award-winning and critically-acclaimed Paul Foot returns to Melbourne! Paul is a BBC New Comedy Award and Daily Telegraph Open Mike winner, has been nominated twice for the Barry Award at Melbourne International Comedy Festival and was voted Best of The Fest and Best International Act at the 2013 Sydney and Perth Comedy Festivals respectively.

‘Surreal and frenzied… a joy to experience… comedy craft of the highest order. ★★★★★’ Broadway Baby (UK)

Paul Foot is touring around Australia! To see if he is performing in your city, head to the tours page at the Melbourne International Comedy Festival.