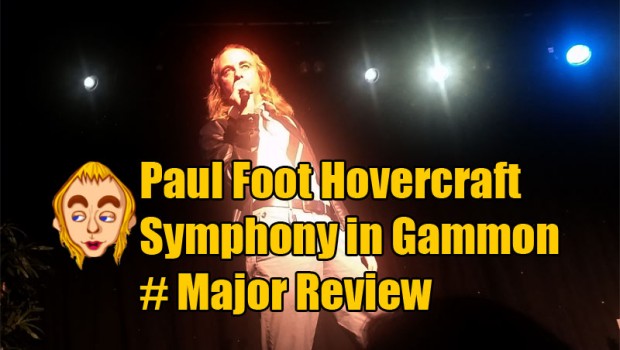 The extraordinary shaman of comedy Paul Foot returns to the Melbourne International Comedy Festival in his latest and possibly greatest show, Hovercraft Symphony in Gammon # Major which makes just as much sense as his show does. Paul Foot is a master of the weird, the obscure and the totally amusing as he successfully strings a variety of senseless topics together through his mastery of words and also those strange body movements that truly had the entire Hi-Fi bar in hysterics. Having spent the last 3 weeks covering many comedians at the Melbourne International Comedy Festival, we saw Paul on the final Thursday night of the festival that ended our coverage on a true high. 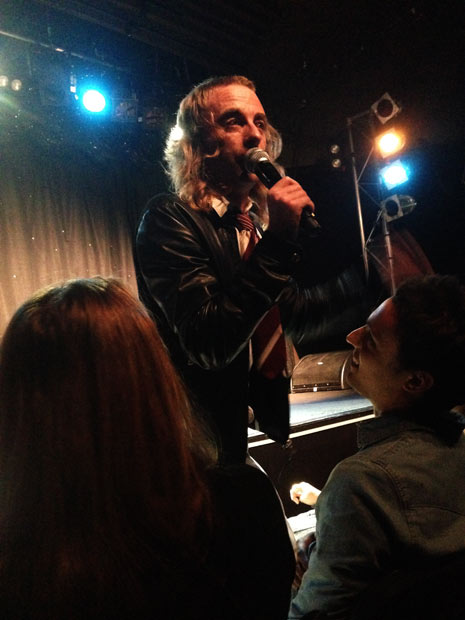 Paul commenced the show from behind closed curtains where he feigned technical difficulties before coming out on stage to have a “warm-up” session with the audience before officially introducing himself. As always Paul is a master of quirkiness with a touch of political incorrectness thrown into the mix as he discussions religions with one being quite prickly to mounting an unsuspecting audience member called Ash, not once but twice. He even allowed one audience member to pat his mane of hair in order to become friendly with the crowd as he pretended he was a dog.

However the highlight of Paul Foot are the bizarre stories that he cleverly dictates to the audience, all while making strange movements with his body as he rocks back and forth, paces across the stage and interacts with the audience in true comedic hijinks. From aquarium jokes to made up tales about a Hindu friend who gets caught having sex with his wife’s sister to how the ABBA Essentials CD could have helped him win a million pounds and even save a friendship with the song, Take a Chance on Me… he’s just so damn clever! 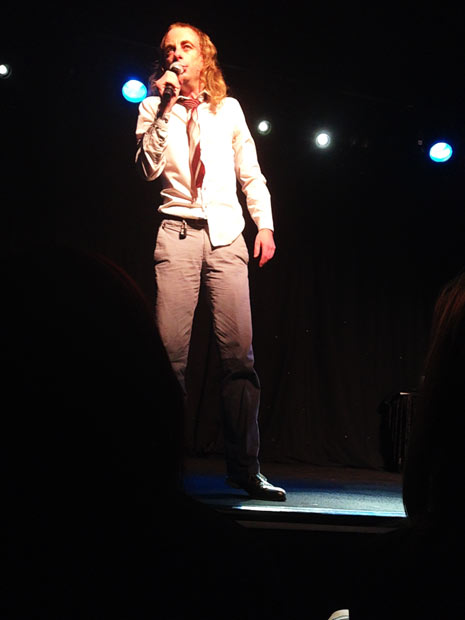 At the end of the night, Paul Foot’s Hovercraft Symphony in Gammon # Major was amazingly good. I laughed, I laughed some more and then I cried from laughing too much. So once again this shaman of comedy is a highlight of the Melbourne International Comedy Festival and if you have a chance to see this amazing man at future comedy festivals, than I strongly suggest you see him. He’s weird, he’s crazy but more importantly, he’s very funny and even allows the audience to catch-up with him after the show for photo giggles and purchasing his very funny merchandise.