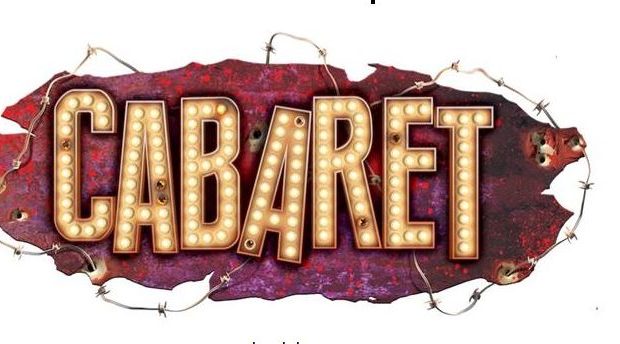 PAUL CAPSIS TO STAR IN ALL NEW AUSTRALIAN PRODUCTION OF CABARET

Tickets on Sale Thursday 13 October at 9am

The Kit Kat Club is returning to Sydney in all its decadence for a new Australian revival of CABARET at Hayes Theatre Co. from 9 January 2017 starring Paul Capsis as The Emcee.  CABARET will then play the Athenaeum Theatre, Melbourne from 27 April 2017.

Winner of 12 Tony Awards, 8 Academy Awards and 7 BAFTA Awards, CABARET wows audiences and critics alike time and time again sky-rocketing the careers its starts.  Fifty years ago in 1966 the original Broadway production made a household name of Joel Grey who shook audiences as The Emcee.  Two years later an unassuming Judi Dench stole the show as Sally Bowles on London’s West End.  Arguably the most iconic movie musical of all time made a star of Liza Minnelli when she brought Sally Bowles to the silver screen directed by Bob Fosse.

Now Sydney will showcase some of Australia’s best musical talent including the dazzling Paul Capsis, the incomparable Kate Fitzpatrick and the much loved Debora Krizak at Sydney’s premier venue for groundbreaking musicals, The Hayes Theatre Co.  Casting for the other major roles including that of Sally Bowles is now underway…stay tuned for updates!

CABARET in its musical form is based on The Berlin Stories by famous author Christopher Isherwood who exchanged his upper-middle-class conservative upbringing for the sexual freedom and social liberation of Berlin during the bustling 1930s.  CABARET the musical, adapted by song and lyrics team Kander and Ebb, became a semi-biographical portrait of Isherwood’s life, celebrating life on the edge.

Beneath the fun and games of CABARET lies an ominous melody, providing a glimpse of vibrant Berlin’s dark undercurrents during the rise of Hitler.  CABARET walks the tightrope of pure entertainment and serious political consciousness and for this very reason the musical continues to allure audiences.

At a time when much of society is again vulnerable to destructive powers, David M. Hawkins is proud to bring an innovative and exciting new production to Australia.

“My aim is to create a new production of CABARET that engages audiences unlike any previous production, and to do that I believe we need to return to the original source material.  The universal issue of the human condition at the core of CABARET comes from Christopher Isherwood and his perception of what it was like to live in Berlin during the rise of Hitler,” Hawkins said.

“The Weimer period offers many exciting theatrical techniques like Brecht’s that are present in the script that should be explored.  I want Isherwood’s Berlin to be the heart of this production to open endless new layers.”

Paul Capsis makes his return to musical theatre in the iconic role of The Emcee.  Well known to Australian audiences as one of our most versatile and successful performers, Capsis has won accolades including Helpmann Awards for Angela’s Kitchen for the Griffin Theatre Company, The Lost Echo at STC, and cabaret performances Boulevard Delirium and Capsis vs Capsis.  Other credits include his acclaimed performance of Riff Raff in The Rocky Horror Show, Malthouse Theatre and Victorian Opera’s The Threepenny Opera, MTC’s All About My Mother, Little Bird at the Adelaide Cabaret Festival, the State Theatre Company of South Australia’s reinvention of Pinocchio, and Belvoir’s The Wizard of Oz.  Capsis also has a long list of film and television credits, most notably receiving an AFI Award nomination for film Head On and most recently performing in the ABC tele-movie Carlotta and SBS’s Deep Water.

Paul Capsis said “Cabaret is the holy grail of musicals for me, I’ve always been a big fan of the work of Isherwood. It’s a dream for me to play the ultimate Master Of Ceremonies”.

Kate Fitzpatrick is one of Australia’s best-known film, television and theatre actresses.  She has been awarded the Queen’s “Silver Jubilee Medal” for services to the theatre and is a published author, essayist, and humorist whose work has appeared in numerous major newspapers and journals over the last 30 years.  Debora Krizak is one of Australia’s most critically acclaimed and diverse musical theatre actresses.  She is recognised for her quirky, comedic characterisations and vivid character portrayals.  Debora has been nominated for her roles in A Chorus Line, Sweet Charity and Anything Goes.

CABARET has been David Hawkins’ pride project since 2014 and he is delighted to bring his vision to life at Sydney’s Hayes Theatre before touring the production around Australia.

Sydney Tickets On Sale Thursday 13 October at 9am