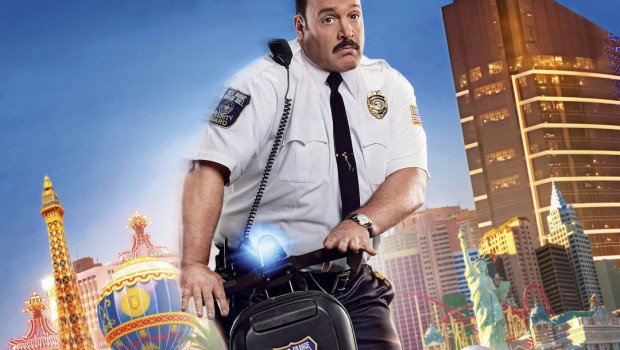 After six years of keeping our malls safe, Paul Blart has earned a well-deserved vacation so heads to Las Vegas with his teenage daughter Maya (Rodriguez) for a security guard expo. But safety never takes a holiday and when Blart stumbles upon a heist he must answer the call and once again, save the day.

As a gang of criminals disguised as hotel employees plot to steal priceless works of art, Blart is left with no choice but to rise up to the challenge and thwart the bad-guys. With a combination of sheer luck, non-lethal equipment and killer segway moves, the clumsy mall cop and his daughter must work together to take down the thugs and dismantle the elaborate operation.