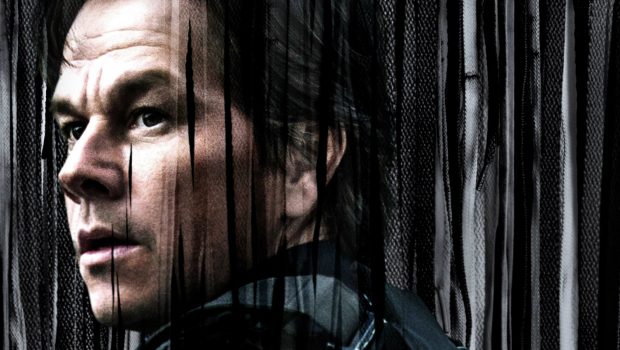 Summary: Director Peter Berg crafts a propulsive storyline that examines the bombing of the Boston Marathon, and the intense manhunt that ensued.

Directed by Peter Berg (Deepwater Horizon) from a script by Berg, Matt Cook and Joshua Zetumer, and based on Boston Strong by Casey Sherman and Dave Wedge, Patriot’s Day covers the lead up to the 2013 bombing of the Boston Marathon, and the desperate manhunt in the hours and days afterwards. It stars Mark Wahlberg (Boogie Nights), J. K. Simmons(Whiplash), John Goodman( The Big Lebowski), Kevin Bacon (Flashdance) and Michelle Monaghan (Gone Baby Gone).

Mixing actual footage, faux recreations and of course the movie itself, Patriot’s Day is a compelling, foot soldier level examination of the investigative work that went into identifying and capturing the Tsarnaev brothers, perpetrators of the Boston Marathon. Told mostly with Wahlberg’s mouth Sergeant Tommy Saunders, the movie takes in the civilians and policemen injured and killed during the bombing and in the manhunt. 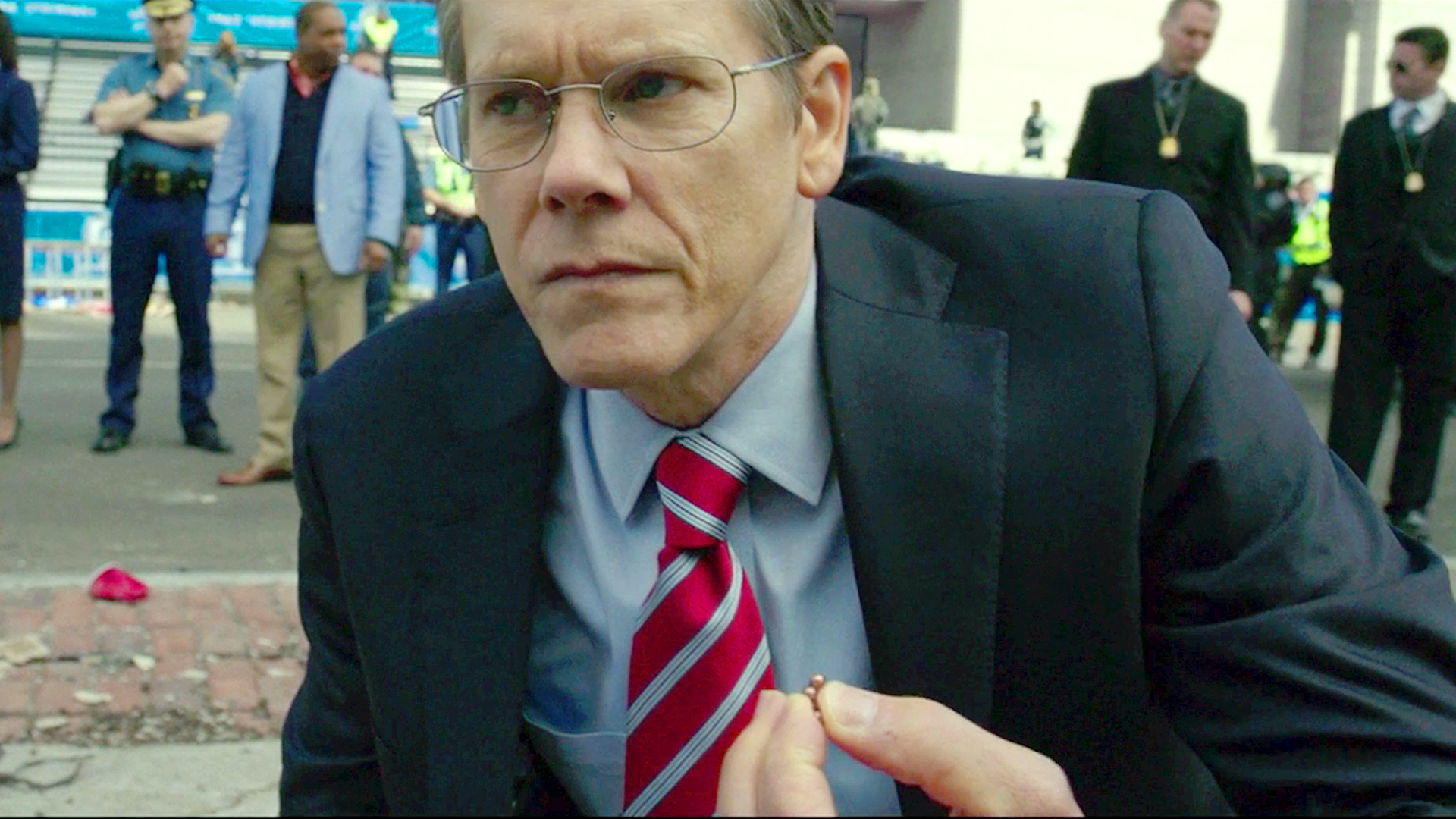 Elements are seeded early in the movie which only fruit later. We see Watertown Police Sergeant Jeffrey Pugliese (JK Simmons) dealing with the day to day in the station he runs in the suburbs of Boston. His seemingly sleepy eyed attitude is not the true man, as later demonstrated in a cataclysmic shootout with the Tsarnaev’s. Similarly, we are introduced to key victims at the start of the movie, living their lives, which serves to demonstrate the appalling nature of the crimes – self-styled heroes striking a blow against the Great Satan instead only end up killing innocents.

The usual tropes of inter-agency rivalry are handled with frankness, but also escape the cliché by demonstrating a willingness to work together for the greater good. The way politics intrudes in investigative decisions is eye opening. Kevin Bacon is thoroughly professional in his depiction of lead FBI agent Richard Deslauriers navigating the political pressures from the state governor (Michael Beach) and the demands of local police and federal authorities oversighting the operation.

There is a documentary feel to the film, the mix of real footage and recreations are compelling to watch as the tension, especially before the bombs go off, steadily mounts. The aftermath of the bombings is dealt with relatively frankly, with the chaos and confusion realistically depicted. Sound and vision on this blu ray release are all top notch, bringing audio and visual elements starkly into your living room. Matching the somber tone of the movie, the colour palette is muted, with no flashy effects. Short on digital, the night scenes do have a certain murkiness that is apparently unavoidable, but that only adds to the tone.

The highlight of the movie is the shootout in Watertown. The brothers, who frankly aren’t the smartest tools in the shed, carjack a vehicle in their effort to head to New York to repeat their atrocity. Cornered by local Watertown police, the brother’s initiate a shootout. Pipe bombs are used to devastating effect, as the confrontation escalates and police pour into the vicinity. JK Simmons acts the lone lawman in this scene, a sort of latter day Clint Eastwood who flanks the Tsarnaev’s and directly targets the older brother. The amount of ammunition expended in these scenes is amazing to behold, and frightening, considering the close proximity of families.

In the end, Patriot’s Day is as much an examination of a community coming together in the aftermath of tragedy as it is a look at the successful manhunt. Survivors and law enforcement involved in the hunt speak directly to the audience at the end of the movie, reinforcing that Patriot’s Day, while an entertainment for the audience, is nonetheless a testimony to the ability of people to go on with their lives, even in the face of overwhelming tragedy. 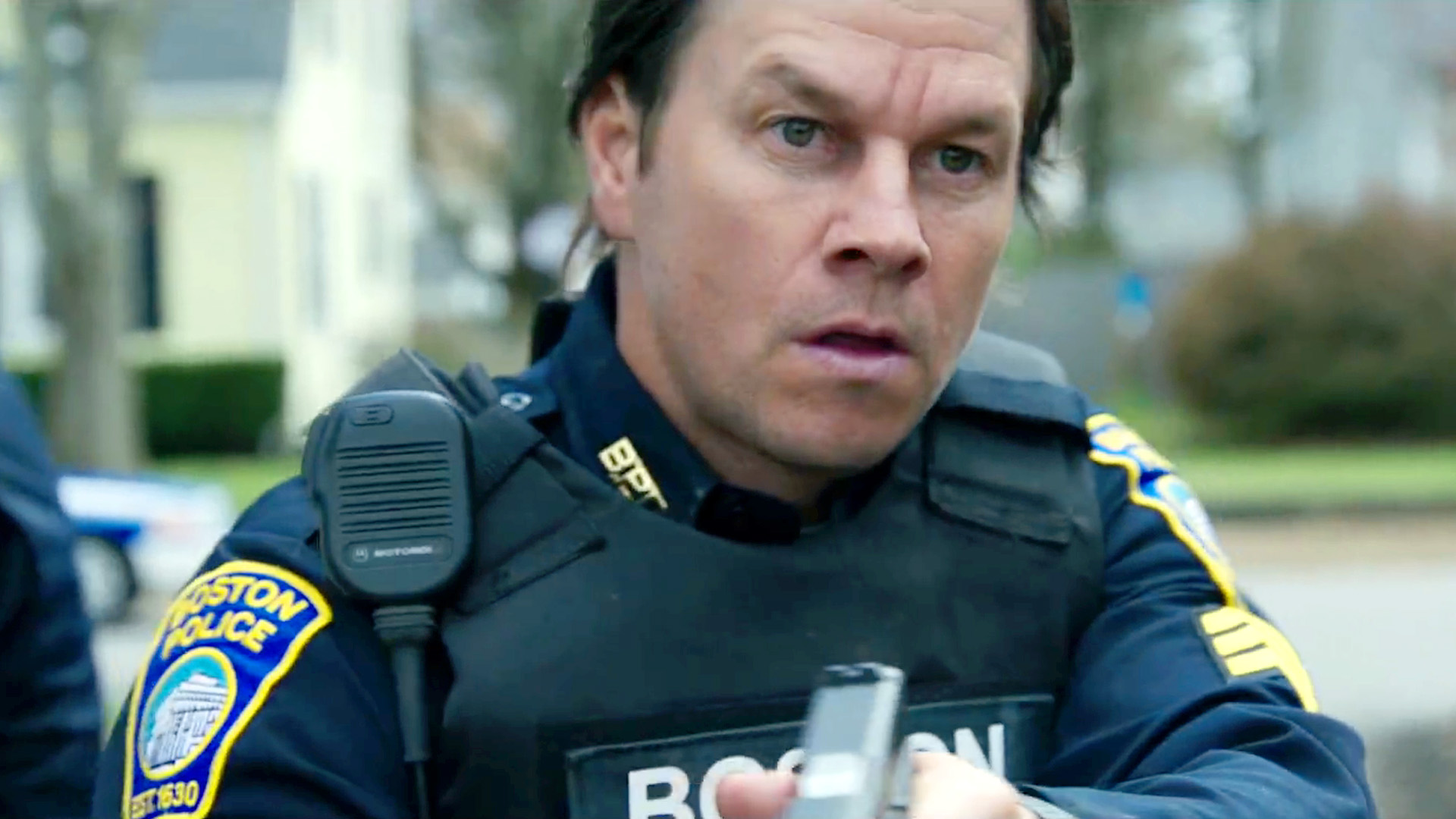 The extras consist of a number of interview segments which profile the key participants over the course of the four days of the manhunt. Director Peter Berg describes making the movie in another segment, while the actors meet their real life counterparts. Some of these segments come across as standard EPK fare, but the longer pieces, especially the profiles and interviews, make for fascinating watching.