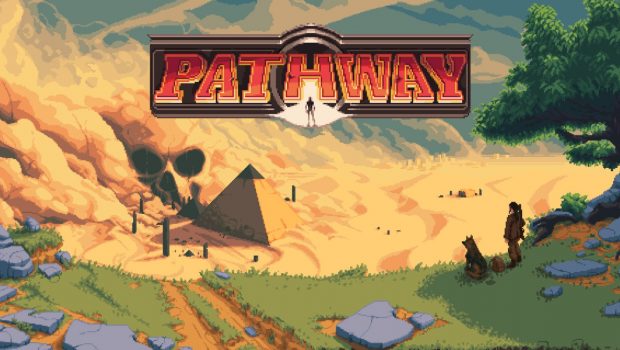 Summary: The journey is long, the adventure is dangerous, your chances of success and survival? Well that's up to you... It's time to load up.

Pathway is a top-down, pixelated, turn based strategy survival RPG from Developers Robotality and Publisher Chucklefish. It blends a handful of genres together to flush out its gameplay and story. The story is the Nazi army (and Zombies) are out doing bad things and you are tasked with picking a team and setting out across different adventure maps to spy, attack and survive. This game has a lot going for it, but should you go for it? Let us figure it out.

Pathway opens with a story (boringly narrated) about the Nazis taking over the world. Nothing original about the story. Nazis bad, doing bad stuff. Find them and destroy them while gathering information. While the story is not particularly creative the handling of the story is. Branching paths with different characters options and different perks for each character option means, you can make choices that might destroy your team or reward you with legendary loot… Yeah, there’s loot. I love it. Also depending on how you handle a situation you may receive some vital information or unlock a new character. You may come across a village willing to part with some gas, just as your about to run out. Every choice needs to be considered. What would be redundant gameplay stays fresh and engaging. The different information or misinformation you gather, grants you a story worth figuring out and diving deeper into. Granted the gameplay almost forces you to. I do wish there were a bit more character development. Maybe shrinking the cast could have allowed for that.

The graphical style is pixel art with varying colors depending on the map… I love it. It reminds me of Advance Wars on the Nintendo DS, but better. The details on each sprite, character, background and stage are great. The animations are nice, fluid and another layer of life or death to the characters. Honorable mention to the driving animation. When picking a new path on the world map, the car minds of speeds up and swerves. It makes me smile every time. I appreciate little things like that it shows attention to detail and care. It did not need to have the animation, but it does. The pixel art genre is getting a bit overdone but my eyes like what they see so I am going to go with them. They tend to know best.

The audio. The audio is great… but the narrator. I do not care for how he reads off the adventures story. It sounds like he is mimicking what a narrator does. Other than that, the audio is good. The guns sound different enough and the music is a lovely back drop to the gameplay becoming more intense during battles. The characters grunts and groan overly done but it goes with the animation. Almost like a stage play of pain and death, dynamic and dramatic. The soldiers’ feet make sounds when moving or reloading. The dogs yelp when attacked and they even have a “dog lover” option to turn on. With this option turned on the dog runs away when its health is depleted instead of playing dead on screen.

I saved the gameplay for last as it is the most complexed part of the game. You start off able to select 3 members of your team to take on the Nazis at the beginning of each adventure. 6 characters are unlocked with some characters are locked behind achievements. Usually, things you will do by just playing like, kill 100 Nazis to unlock a language specialist or find a disintegrator to unlock the engineering car enthusiast. Unlocking characters is more than just cosmetic changes or extra characters to choose from. You need these characters because there is a death system. If your character is KO’d for too many turns without being healed your character will die and require money to revive. That can only be done during your loadout and that is only at the beginning of each mission. So have more characters to swap to is easier in the early stages of the game because you will probably spend most of your cash on gas and other supplies. After selecting your adventure and team you are shown a map with branches paths you choose your way around. Stopping at traders, small villages, tombs, farms and much more. While doing this you will encounter battles and that is when the turn-based RPG comes in. You choose your attack, defensive, where to move, special abilities or to reload. Each character has a class of weapons, items and armor they can wear. Some offer buffs like being able to use brute options during confrontations, better accuracy and more damage with certain weapons. Completing a battle yields loot and exp your characters level up and you get to unlock more perks to make your characters more versatile in battle or during confrontations. There is so much more to this game and I urge you to play it for yourself to fully understand the levels to its gameplay.

The game is set to release at around 16 dollars. The game has well over 30 hours of gameplay along with a ton of replay value. The game is also on steam for the same price but… The Switch has a pre-order sale bringing the price down to about 13 dollars and you can play this game on the go with your Nintendo Switch or Switch Lite so that bumps the Nintendo Switch value up even more. The price for such a game is great and other game publishers should take note on how to price their games that are available on multiple platforms.

After all that I can honestly say I have had so much fun during my playthrough and I cannot wait to jump back in and make different choices with different characters and different path choices to see what other things I have yet to discover. The game is good but not perfect. The menus are clunky, and the navigation of character skills armor and weapons needs work. These issues only slightly take away from the magic and overall polish of the game. That being said. You can do a lot worse when choosing a game from this graphical genre. Pathway is not perfect, but it is a fun time and will eat up hours of your day. Even with the clunky menu design. 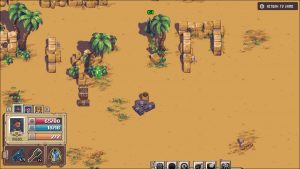 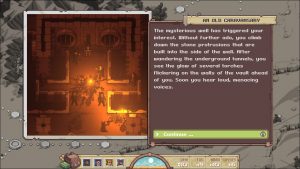 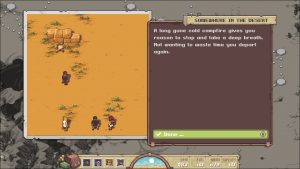 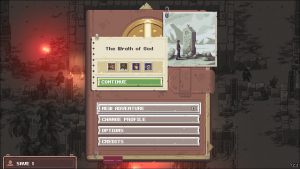 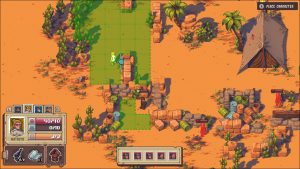 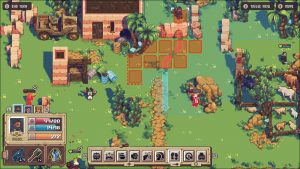