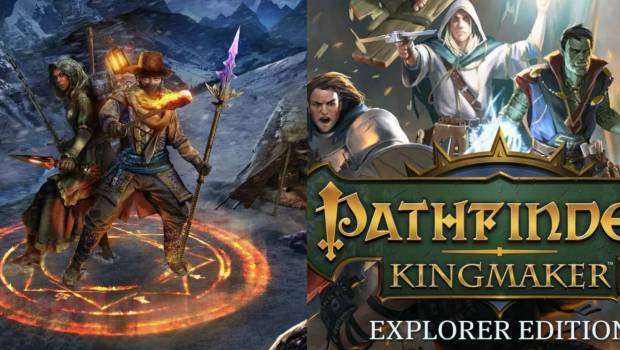 Owlcat Games and Deep Silver revealed the date for the critically acclaimed launch of Pathfinder: Kingmaker Definitive Edition on PlayStation®4 and the Xbox One family of devices, including the Xbox One X as well as PC. The classic RPG will take adventurers to the Stolen Lands on August 18, featuring all previously released content packs as well as a brand new turn-based mode. The game will be available at selected retail stores as well as through the digital stores of the respective platform.

“The turn-based mode brings the game even closer to the tabletop experience, providing the players with more precise control over the battlefield. Our point was to have both modes – real-time with pause and the new turn-based mode – in a perfect co-existence so players can smoothly switch between both to adjust the gameplay at any time to their needs. It settles the long-running debate among the fans which mode is better for Kingmaker since they can go from an action-oriented real-time combat style to a more tactical one within a single encounter,” states Oleg Shpilchevskiy, Head of Studio at Owlcat Games

Pathfinder: Kingmaker takes players on tour through the infamous Stolen Lands, the dangerous and turbulent territories well known within Pathfinder fandom. The computer RPG revisits familiar characters and well-known locations of the “series” lore and treats players to brand new adventures, deadly foes, and unforeseen twists and turns. Fans of the fantasy pen-and-paper RPG will experience its epic, heroic universe in new ways while computer RPG gamers will discover their favorite genre in a more contemporary light, in stunning 3D graphics that bring the universe to life.

Pathfinder: Kingmaker will challenge players as both adventurers and rulers as they claim explored lands and carve their kingdom from the wilderness. Kingdom founding goes beyond simple stronghold-building to become a true reflection of the hero’s character and choices made throughout the game. Each kingdom is a living thing shaped by alignment, choices, allies, and the hero’s ability to lead his or her people.

Intrepid explorers of The Stolen Lands can discover a new playable race the Tieflings, harness the power of a newly playable class Kineticists, and booster their party with the companion the Tiefling Kineticist, who brings her own and rich, engaging storyline.

Just as you were claiming your first title, another hero of the Stolen Lands became a baron too: Maegar Varn, captain of the Varnling Host mercenary band and rightful ruler of Varnhold. In this DLC, you join Varn as his general, and experience ’Varnhold’s valorous history first-hand.

Playing a full new storyline that runs parallel to the main story, players will import the results of this adventure to their main story, facing the consequences of their choices when moving forward with their main party and storyline.