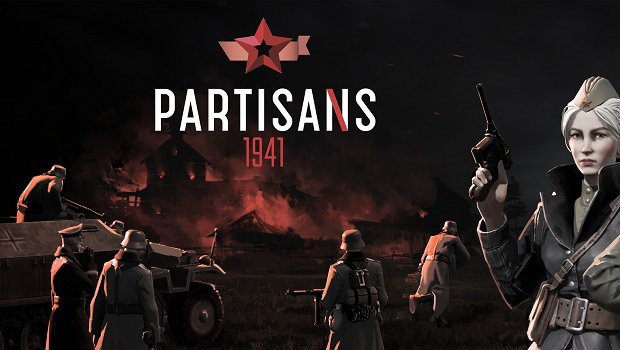 World War 2 has been covered many many times in games, and generally either as a first person shooter or as an RTS game. Partisans 1941 (as the name no doubt suggests) takes a slightly different approach and rather than giving you a countries armed forces to fight the enemy, you have a group of volunteers and militia who will do all they can to disrupt the invading forces with whatever means they can. 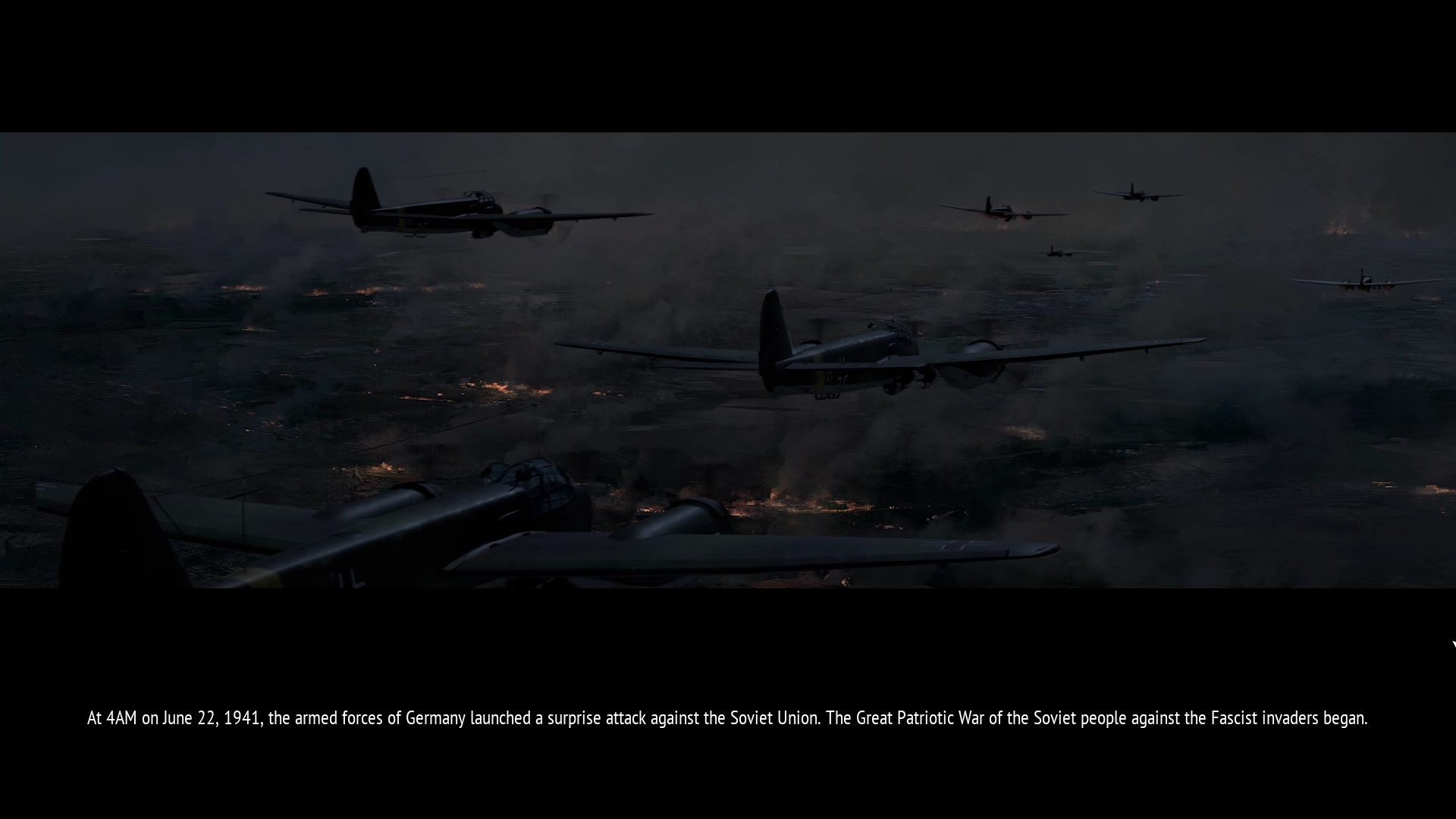 The game can most simply be compared to Commandos or Desperadoes in terms of general game play in that you have a small team each mission and you are primarily trying to get your job done without being found. You can use environmental elements to help achieve your goal (and to somewhat reduce the chances of raising suspicion). But what you don’t have are the nations armaments to help you arm your team, you don’t have an seemingly infinite amount of food to keep your troops from getting hungry. Instead you have to scrounge everything you can to survive not just the danger of the enemy, but of starvation. 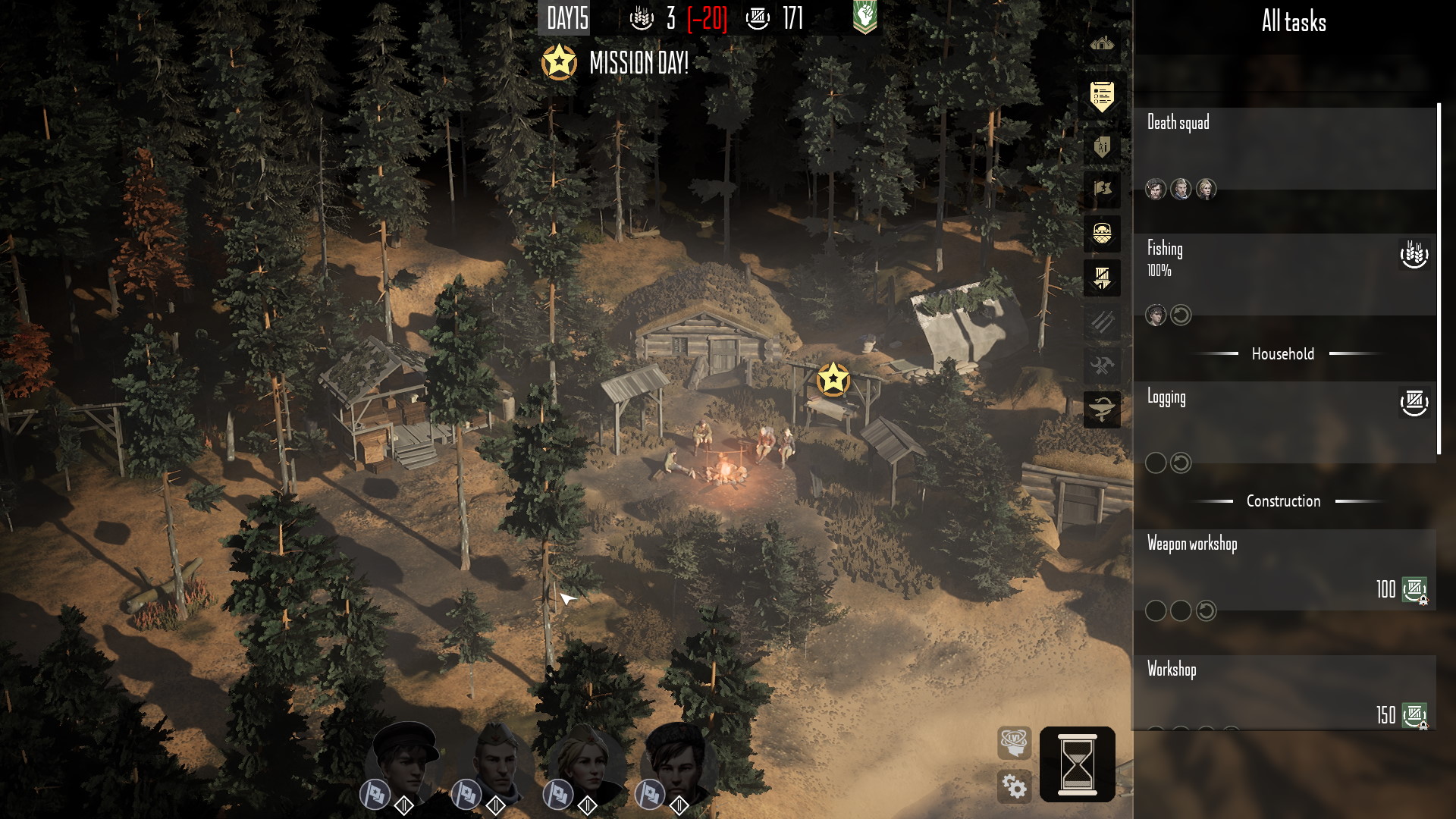 The game begins with an escape from an execution and the beginnings of your rag tag group of freedom fighters. As you progress you have a chance to build more facilities for your camp, a workshop to help you build weapons and tools for future missions, a medical facility to heal injured team members and so on. You have to decided who to assign to what task as you will need to make sure someone is continuing to bring in food (hunting and fishing can help here), but you also need to make sure that you will have enough fighters to achieve the goal of the next mission you are presented with. You will also come across new people willing to join your team as you liberate those who are being oppressed by the Nazi invaders. 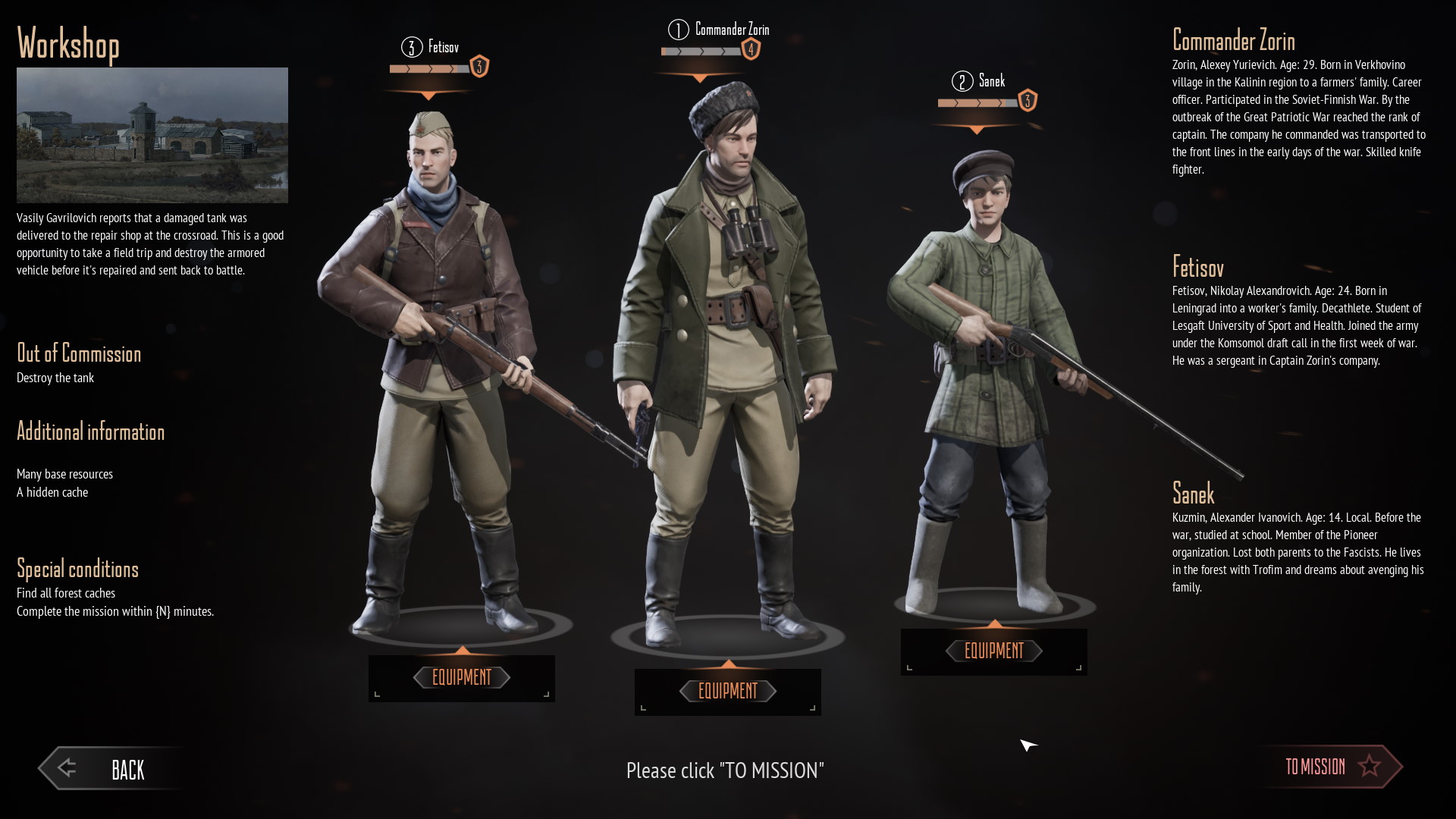 The game is quite a lot of fun, when it is working well. Unfortunately, like a lot of these sorts of games, A.I. issues do sometimes cause a few headaches. I have been playing this for some time before the official release and even in that time there have been some updates so I’m hopeful that the developers will iron out some of the issues as the days progress but I had many a frustrating moment having to reload a quicksave when trying to approach a problem from a certain way only to find that rather than still having the character I had selected when I made the save game, it “defaults” back to the primary person and their primary weapon. What this meant is that when I was trying to perform a stealth kill but failed and quick reloaded, I would then be controlling another character from whom I was using and they may well be using a gun instead of a throwing knife… which then alerts the enemies and I have to reload again… this time making sure I select the correct character. Perhaps nit picky, but it happened often enough to get a bit annoying. I also found that your team automatically switch to guns when a battle starts… again this could be a bit nit picky but when you are trying to keep some troops out of the action, the last thing you want is your character hiding in the bushes to switch from knife to machine gun and draw attention to themselves.

So there are certainly some issues but I think these could well just be “growing pains”, the actual concept of the game is quite refreshing and you do get a feeling of the dangers your team are up against and the desire to do all you can, despite your limited resources.

Worth grabbing if you want a bit of a change from the usual RTS and FPS approach to World War II.