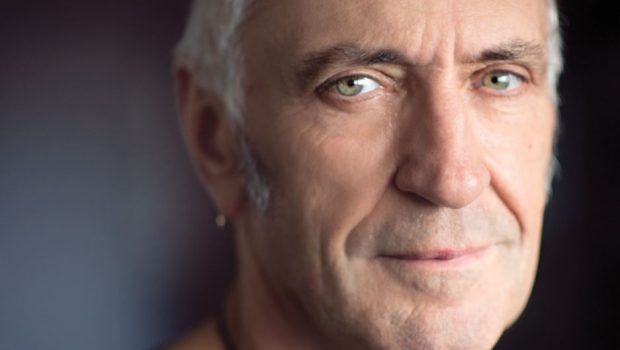 PARIS – A Rock Odyssey IN TRIBUTE TO JON ENGLISH

The short season will write a new chapter in the story of the rock opera that was one of English’s most cherished works during his successful career in music, theatre and television.

English was working with MTM and Stella Entertainment on future plans for PARIS at the time of his death a year ago, aged 66, in a NSW hospital from complications following surgery.

MTM Director, Mark Featherby said: “Jon was working on this forthcoming production with us and we spent several meetings making plans.”

“He wanted John Waters in our show and we are so grateful John is playing Ulysses as he was on the original cast album and has such an integral association with Jon and PARIS.”

PARIS, a love story drawn from Greek mythology, began as a soundtrack before its amateur theatre debut in Sydney in 2003 and Melbourne in 2004 when English released the musical’s amateur rights to Stella Entertainment, now Music Theatre Melbourne.

Productions were soon staged throughout Australia, New Zealand, the UK and in Europe in 2010 when PARIS was translated into German.

The double CD of PARIS: A LOVE STORY was recorded in London and released in 1990. It sold more than 50,000 copies and won the 1991 ARIA Music Award for best original soundtrack.

“He was extraordinarily generous with his time and contribution to the cast – he loved being around rehearsals,” Mr Fitzpatrick said.

Directed by Neil Gooding, with musical direction by Isaac Hayward, PARIS tells the tale of the forbidden passion of Paris, the Prince of Troy, and Helen, the Queen of Sparta.

It was a love affair that sparked the Trojan Wars and inspired the fiendishly brilliant idea of creating a giant wooden horse full of warriors to infiltrate the city of Troy.

The story captured the imagination of a young Jon English when his father read him bedtime stories of Greek mythology.

English developed the musical PARIS over three years with David Mackay, who produced English’s album Some People … (1983). Among its pop rock tracks was Oh Paris, English’s first foray into giving the Greek myth a stage life.

Mr Featherby said: “Jon English was a great deal of fun to know, and it’s a hell of a shame that he won’t get to see this production. We plan to do it justice.”