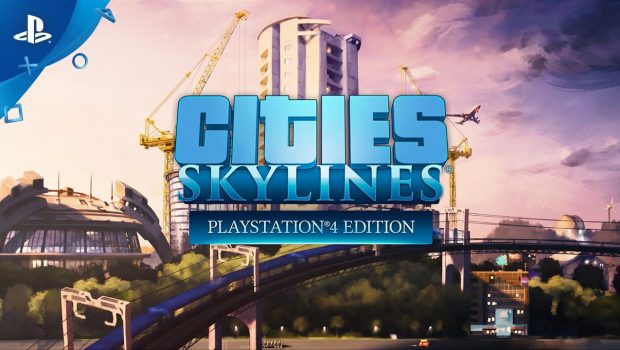 Sydney, Australia, 23rd June, 2017 — Paradox Interactive, a publisher of best-selling games across many genres and platforms, today announced Cities: Skylines, the smash-hit city-building game from Colossal Order, will be released for PlayStation®4 on August 15th, 2017. The Cities: Skylines – PlayStation®4 Edition has been redesigned for console players with controller-friendly gameplay and UI. The PlayStation®4 Edition has been adapted for console play by Tantalus Media and will be distributed worldwide at physical retail by Koch Media.

The deep gameplay and unique charm have all been refined and optimised for play on a controller, and the new Edition will include the award-winning base game, bundled together with the popular After Dark expansion, allowing players to plan and design for their cities’ nightlife and tourist attractions.

Cities: Skylines is a modern take on the classic city simulation. The game introduces new mechanics to realise the thrill and hardships of creating and maintaining a real city, and allows for high levels of customization and personalization. Cities: Skylines – PlayStation®4 Edition will retail for $69.95.