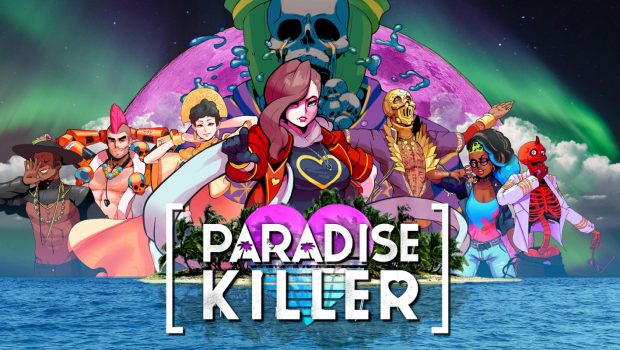 Summary: Paradise Killer offers a highly unique experience with interesting characters and a heavily detailed mystery to follow. However, its needlessly convoluted story and writing may deter some players from diving in.

Paradise Killer surprised me in so many different ways. It’s so cool to think that there are still pieces of media that still intrigues me despite being a seasoned consumer. Paradise Killer is an example of this, regardless of its sometimes questionable writing and highly convoluted plot. It’s tough to describe Paradise Killer’s premise, but I’ll try. The game takes place in a world where The Syndicate, a shadowy Illuminati-like group, open portals to other alternate worlds to “worship their dead alien gods” by killing regular civilians as a sacrifice to these gods in exchange for the ability to create “Paradise”. The Syndicate has created 23 island sequences prior, with each failing repeatedly due to a demonic possession, corruption, or invasion. In the 13th sequence, our protagonist Lady Love Dies, The Syndicate’s head investigator and head of the Paradise Psycho Unit, compromises the island after being possessed by a demon. She’s tried and eventually exiled to the Idle Lands, where she’ll live the rest of her apparently eternal life.

Fast forward to the current 24th Island sequence which is near perfect, with little to no demonic corruption. Until a demon-loving Citizen named Henry Division causes yet another demonic invasion to occur, which leads to more citizens being slaughtered yet again to end the sequence and begin a new one. But before this could happen, someone kills the members of The Syndicate council, halting the process. To find out who “killed paradise,” Syndicate member “Judge” brings Lady Love Dies out of her 3 million day exile, and with the help of her supercomputer Starlight, she asks her to find whodunnit.

As you can probably tell, Paradise Killer has a wild premise, but I assure you it only gets wilder and more convoluted as you progress through the game. The first part of the game that grabbed my attention is how it quickly gets to the meat and potatoes without explaining much. We start a game with an already established history and significantly deep lore, including demons, alternate realities, past wars, goat gods, non-goat gods, and more. You’ll also see unexplained elements like the weird greetings LD says to the island’s inhabitants, and the weird names said inhabitants have. In short, the game will confuse you from the get-go, and its convoluted narrative elements and plot points might overwhelm you at first. Thankfully, Paradise Killer is still oddly engaging enough to keep you interested in these peculiar narrative elements. If you are patient enough to go through the first hour or two, you’ll find yourself incredibly intrigued with the game’s world-building and, most especially, its highly compelling characters, regardless of their odd names. Throughout the investigation, you’ll learn more and more about the characters, their pasts, secrets, and more.

In terms of gameplay, the whole game is essentially a massive investigation into a murder mystery with numerous leads and characters to talk to. You can and will interrogate these characters and hang out with them to let their guard down while trying to learn their motives, alibis, other clues, and much more. You can investigate everything, and I mean everything, about the case, from the major blindly obvious details to the minute details. You collect clues, talk to island residents, and investigate points of interest by moving from one end of the map to another, where you’ll also encounter extra items like relics and blood crystals. The latter serves as the game’s currency which can be used to buy information as well as skins and upgrades for Starlight. By making the currency only attainable through exploration, it provides players with rewards for examining their surroundings which I appreciated. I’d also be remiss if I didn’t highlight Paradise Killer’s banger of a soundtrack filled with mostly amazing jazz tunes and city pop-inspired music. 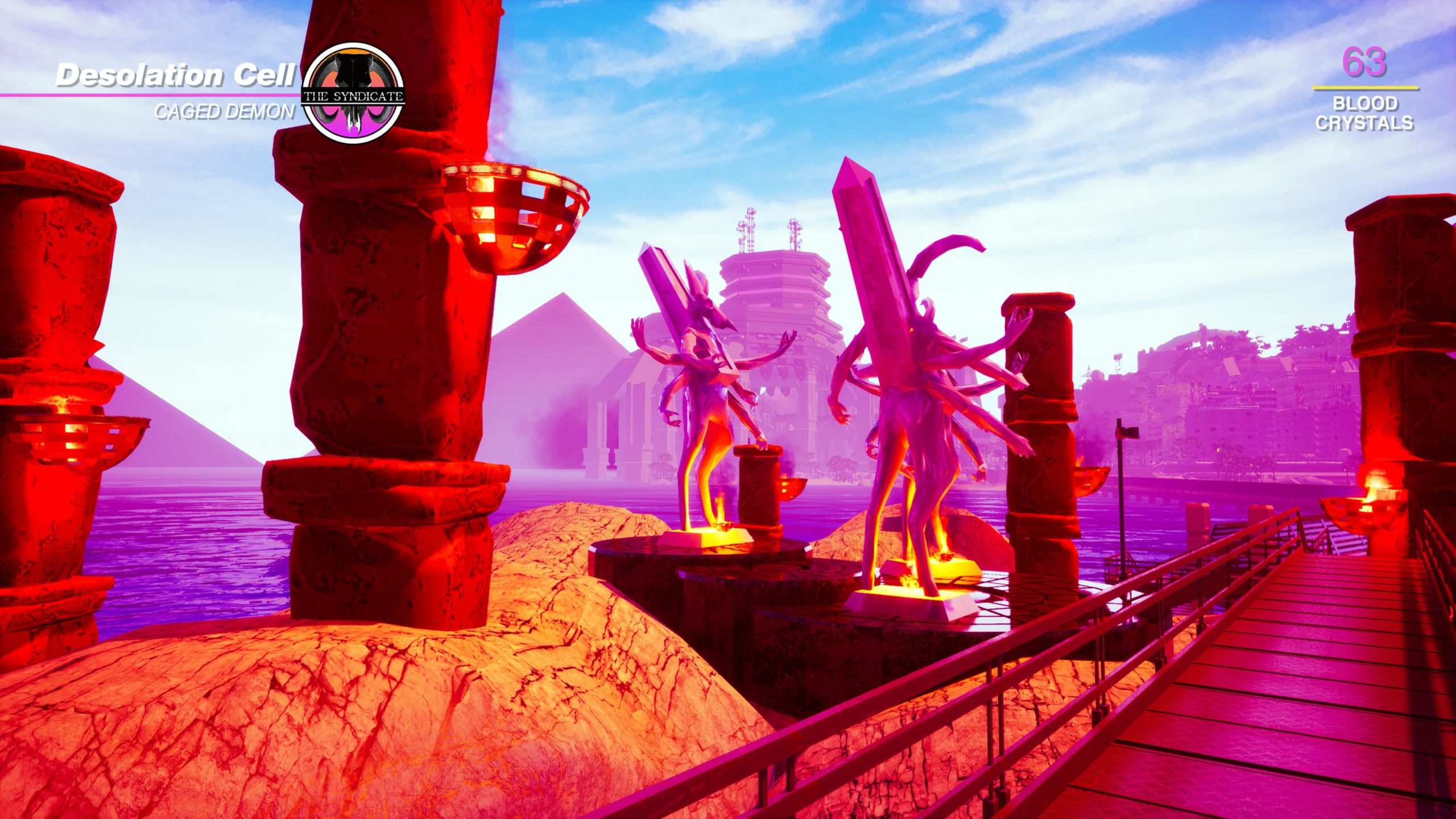 Visually, Paradise killer is no slouch either. It sports an impeccable art direction with a dazzling vapor wave aesthetic that’s as entrancing as it is atmospheric. The several vibrant colors match incredibly well, and the object models are insanely detailed. However, I found the character design drawings to be a bit amateurish, but the designs overall are pretty unique, and the 2D models are highly reminiscent of a game like Danganronpa. The game’s world is also surprisingly detailed, complete with a fully explorable map and dynamic weather with day and night cycles. Gameplay is also really smooth, and I thankfully ran into no issues with lags or glitches on an RTX 3060.

However, the game still has some hard to ignore flaws, the first being its aforementioned needless convolution. I understand that the mystery is the most enticing element of the game, but it’s hard not to point out aspects that don’t make sense, especially to a player just starting out. The first of which are the odd greetings between the characters like “May your journey be endless”, and “may you reach the moon”. Then there are the odd names like Lady Love Dies, Doctor Doom Jazz, and more. Additionally, the game’s writing sometimes feels like it’s including things just for its sake without explaining them. Examples include phrases like “Under the sign of Kiss me to the moon,” which only makes things unnecessarily complicated. Finally, it’s also worth mentioning the highly amateurish voice acting and awfully synced voice lines which are incredibly limited and repeated multiple times even when they aren’t in context. 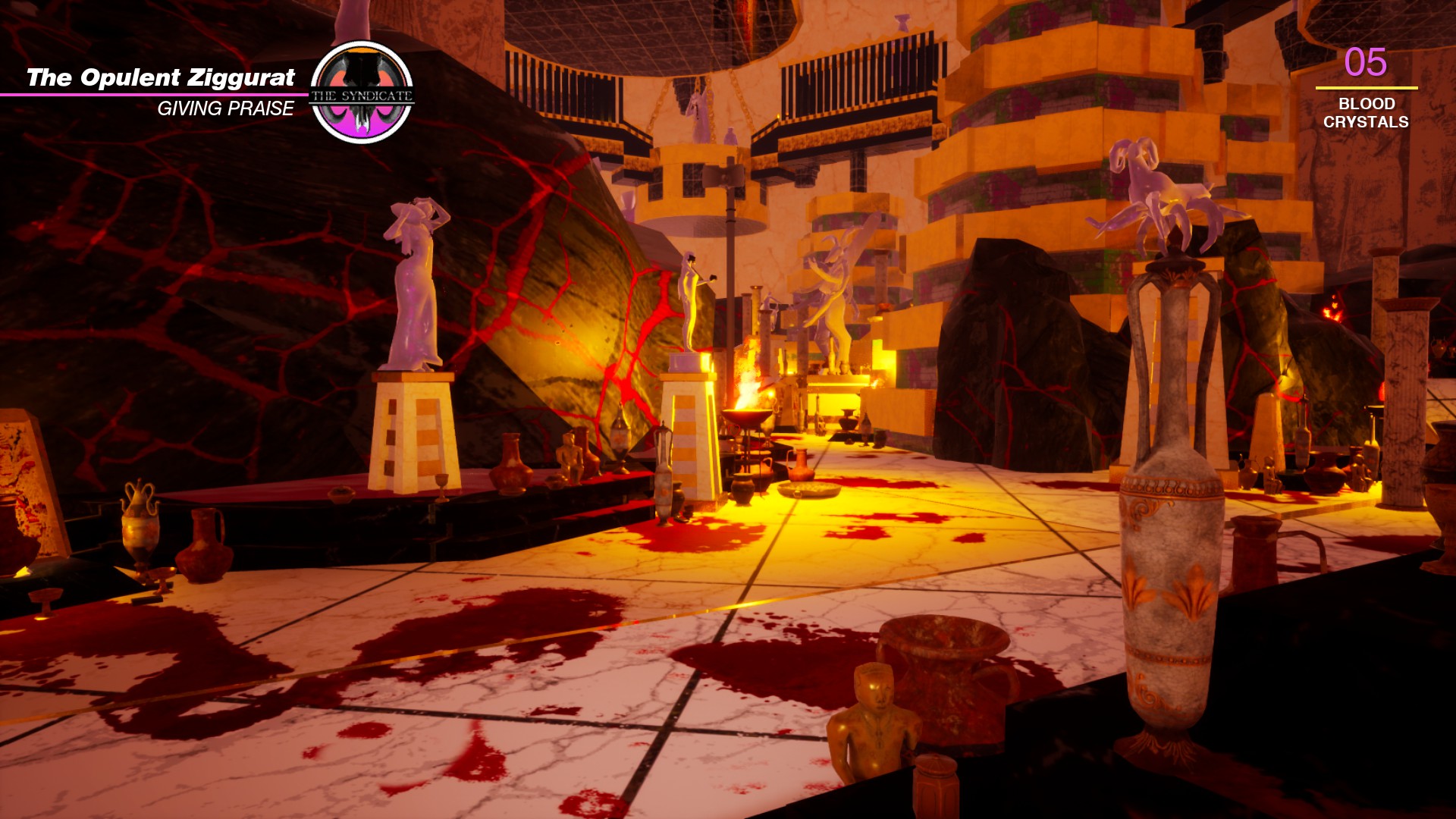 All in all, Paradise Killer offers a highly unique experience with interesting characters and a heavily detailed mystery to follow. However, its needlessly convoluted story and writing may deter some players from diving in.