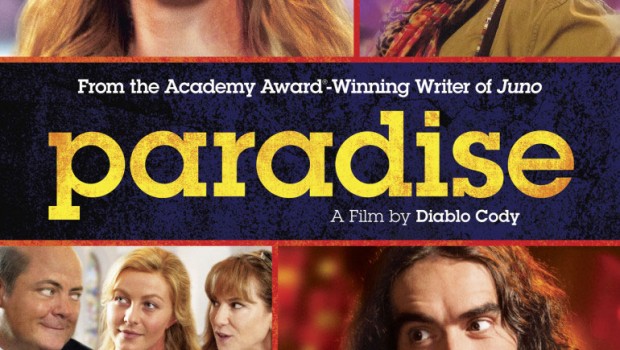 Summary: Even though it's a typical Diablo Cody film, it's full of strange and interesting characters that ironically are all very likeable!

Paradise is the delightful and quirky comedy by writer director Diablo Cody (Juno, Young Adult) about a young Midwestern Christian women named Lamb Mannerheim (Julianne Hough) that after a plane crash suffers from a crisis of faith. Unfortunately for Lamb, part of her body was badly burnt from the crash and due to the negligence of the aeroplane manufacturer, she received a large payout. But for Lamb and her once sheltered life with parents (Nick Offerman, Holly Hunter), she has realised that there is more to life than her humble Midwestern beliefs and questions how a god could take away everything from her. 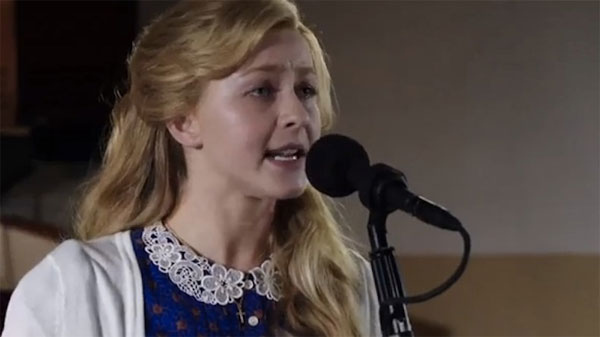 As a result, she renounces god at her local church and travels to Sin City (aka Las Vegas) where she meets two down to Earth souls at a local bar named Loray (Octavia Spencer), a singer and “bartainer” William (Russell Brand). Together they take Lamb on a journey of discovery and more importantly seeing the world with a touch of “sin” thrown in for good measures. As Lamb discovers the big bad world, she realises that it’s not that bad and eventually, both literally and metaphorically discovers how to ride a bike again as she discovers alcohol, dancing, tattoos (well kind of), friendship and to live again. 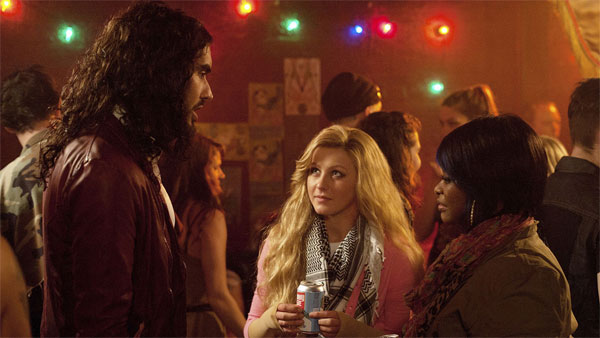 Paradise is an enjoyable film and although not as powerful as some of Diablo Cody’s other films, the protagonist Lamb is played beautifully by Julianne Hough who is a joy to watch and really draws you into the film. liners and plays this almost brother figure to the innocent young Lamb. Lamb’s parents are “cute” as these naïve Midwestern church goers who help seed the very amusing belief system of their daughter that includes catching diseases from Hotel plates and of course Muslims and homosexuals.

Even though it’s a typical Diablo Cody film, it’s full of strange and interesting characters that ironically are all very likeable! With that said, Paradise is a PG rating and Cody successfully manages to reign in her more adult scenes in this family friendly movie. 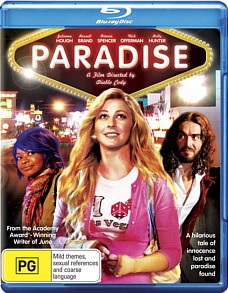