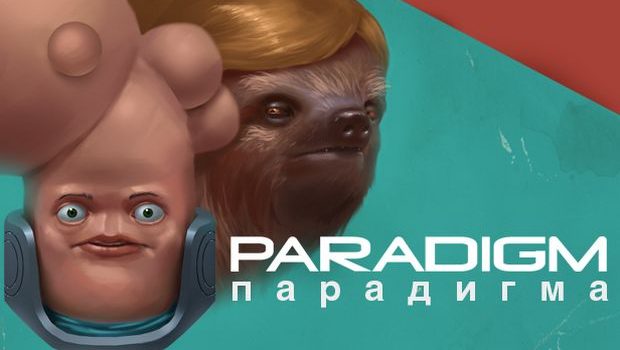 Summary: If Roger Wilco and Larry Laffer had a child... via genetic engineering.

Decades ago… when I was young, the computer gaming industry moved beyond Pong and Jump Joe and branched out into adventure games. Sierra stood tall in the category for a long time and produced such gems as the Police Quest, Space Quest, Kings Quest and Leisure Suit Larry series to name a few. Later Lucasarts joined the fun and added to the great catalogue of titles that saw the player control a hero through a series of trials often with humour sprinkled throughout. More recently a few games have popped up that had glimmers of that heyday but never really grabbed the core of what made those games such fun. Then came Paradigm! I can honestly say I had as much fun as I can ever remember having playing an adventure game with Paradigm. 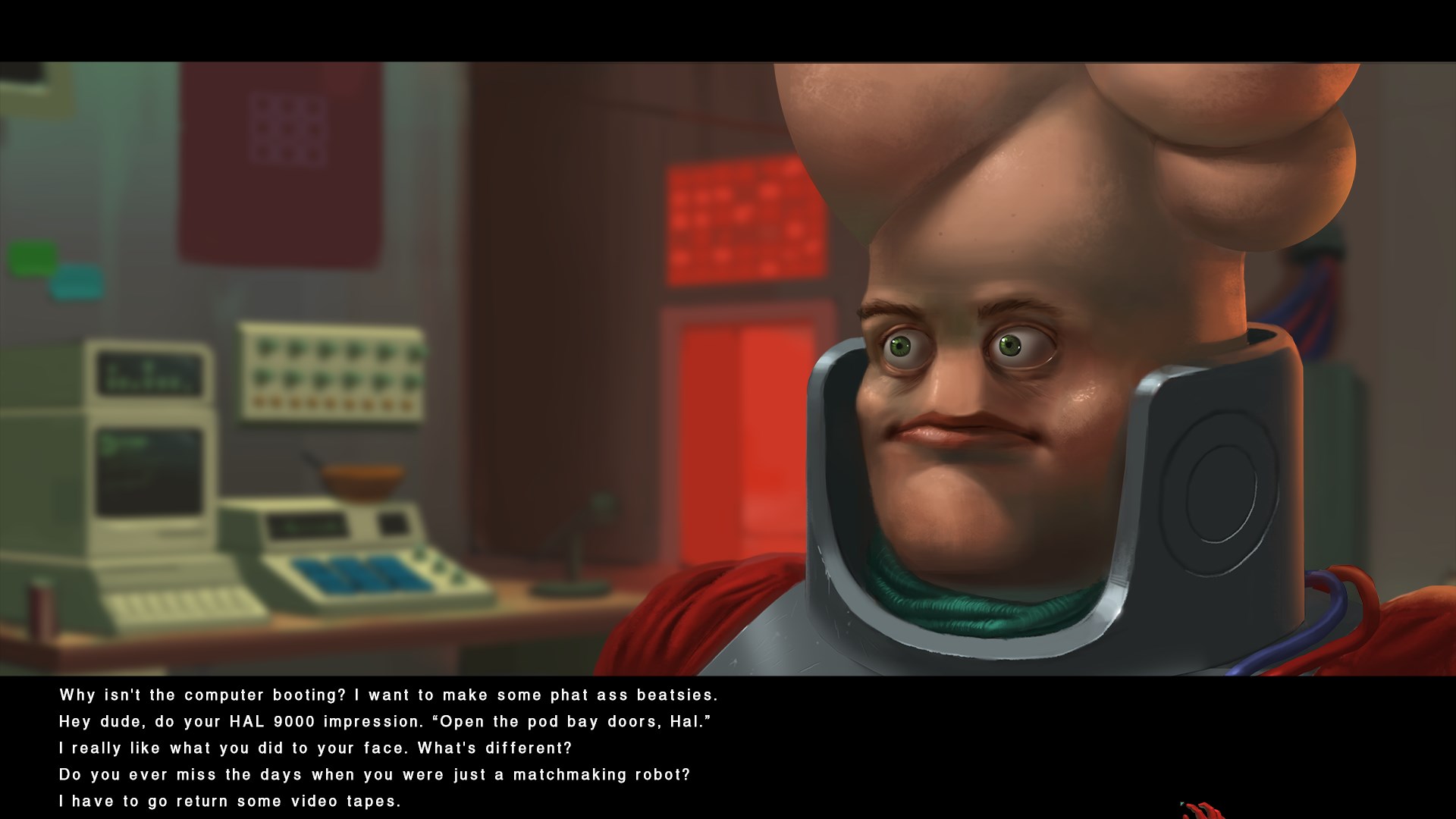 The basic premise is there is a company called DUPA genetics who offer designer children… children that come with guarantees they won’t turn into “worthless artists” and disappoint their parents. Paradigm was supposed to be one of these genetically engineered “prodigy” children but something went wrong during his growing phase and he became mutated… in order to hide this error DUPA sent him off to a near by post Neo-Soviet town to fend for himself. Though he would be happiest being left to work on his latest EP Paradigm finds himself drawn into a mystery involving his origins and the future of DUPA genetics… your job is to guide him towards his destiny and to save the world in the process. 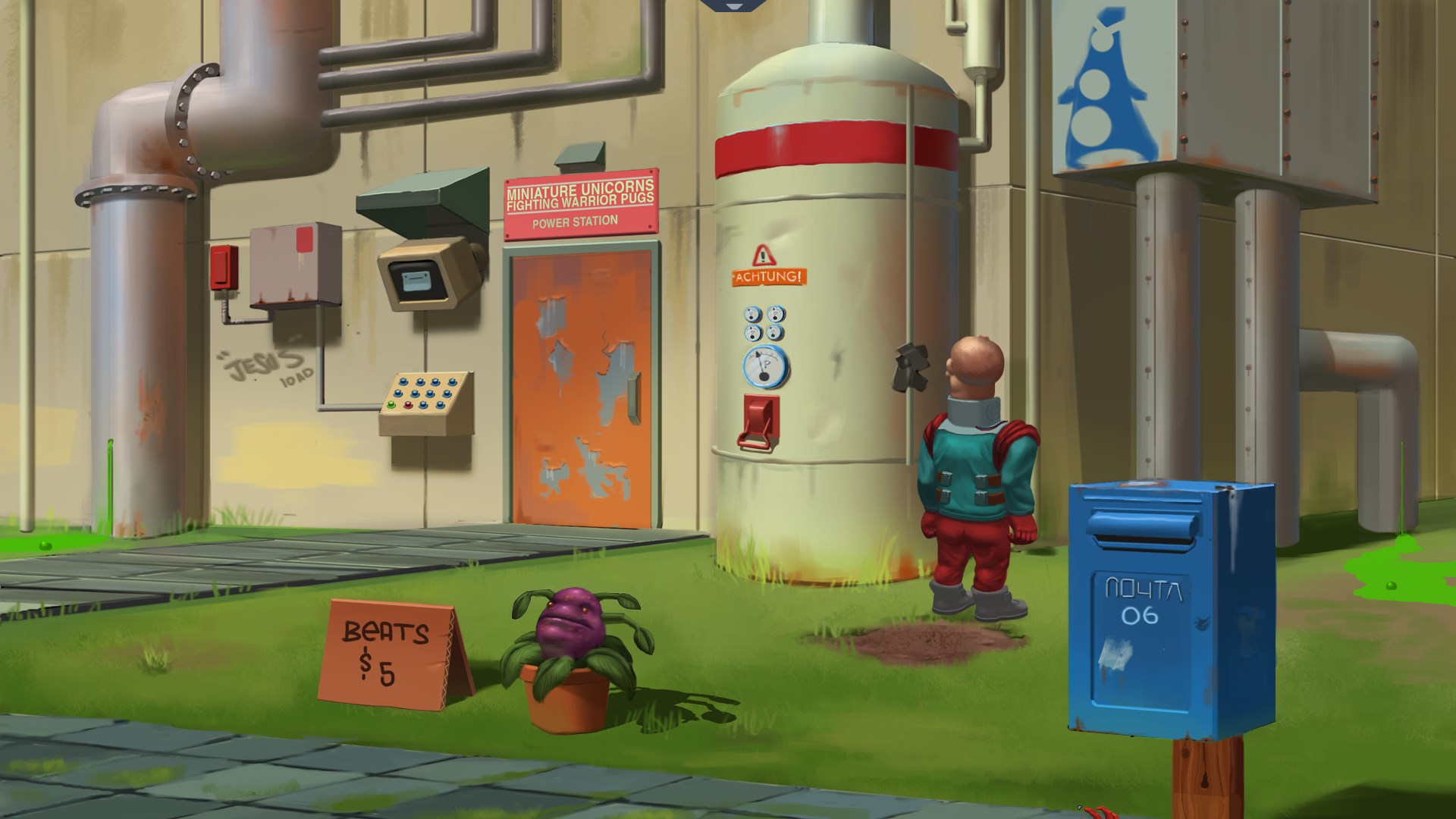 One of Paradigm’s great strengths is the character design and development. Paradigm himself is horribly mutated (looking like he his head is trying to blow bubbles) but he is a kind hearted guy with an endearing accent who instantly appeals. The dialogue continues that understanding of great adventure gaming… humour is laced throughout conversations and there are plenty of opportunities to just be completely absurd from your talking computer (with an Australian accent) who just wants to pick up some girls to a sloth that clearly goes to the same hairdresser as a certain president… normal is a very relative term in this game. 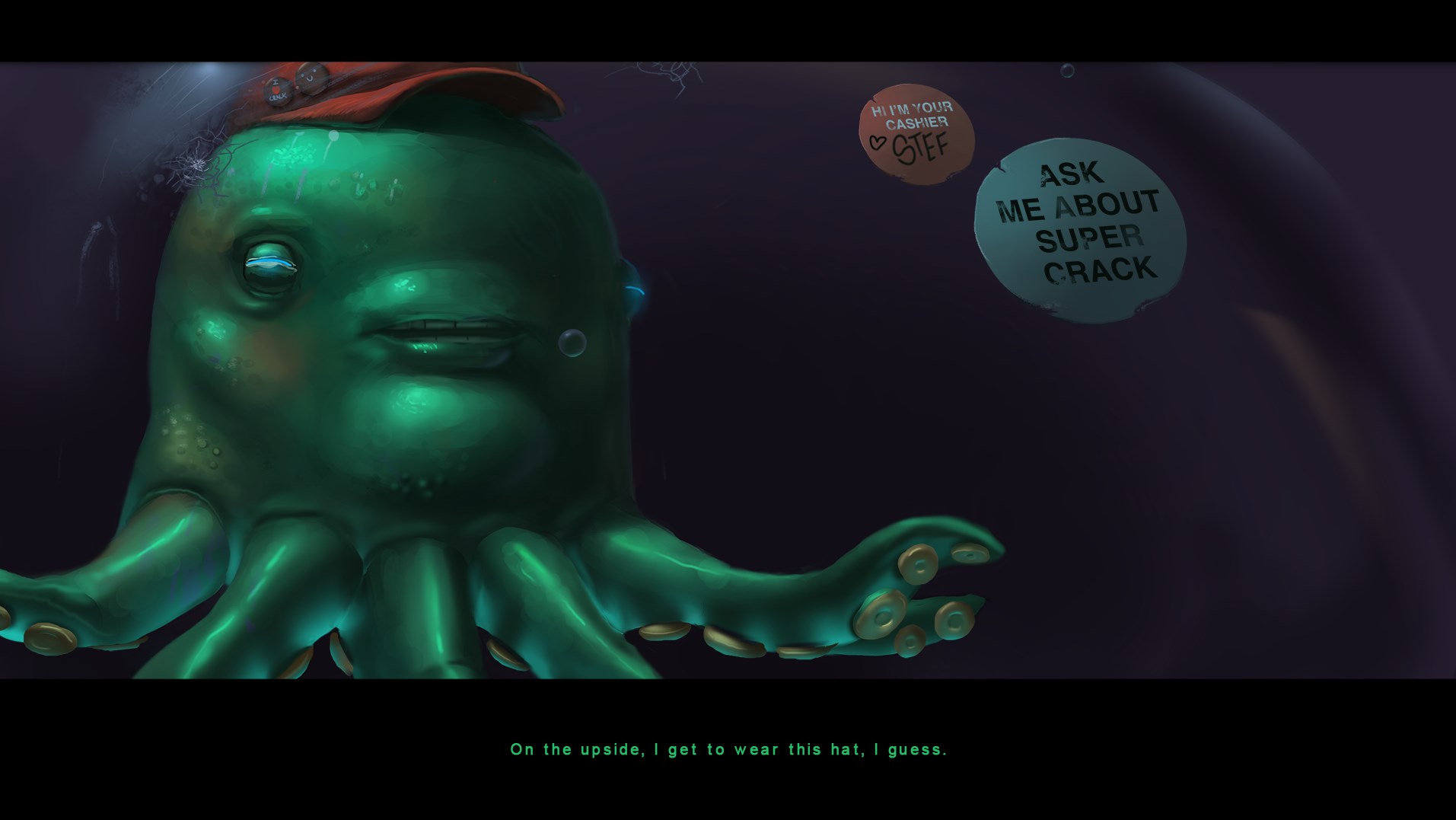 Throughout the game there are plenty of easter eggs too… little nods to the games that have come before… graffiti in the shape of the Tentacle from Day of the Tentacle and conversations alluding to avoiding copyright issues from Lucasarts… there are plenty of in jokes to be had. The art style itself is very reminiscent of those great adventure games of old. If I had to try and narrow down the best comparison of who Paradigm is like I would say he is some what a cross between Space Quest’s Roger Wilco and Leisure Suit Larry’s Larry Laffer… he has a bumbling innocence about him, he likes to think he is pretty good… but at the same time he is just as likely to bring himself back to to earth with a self put down. 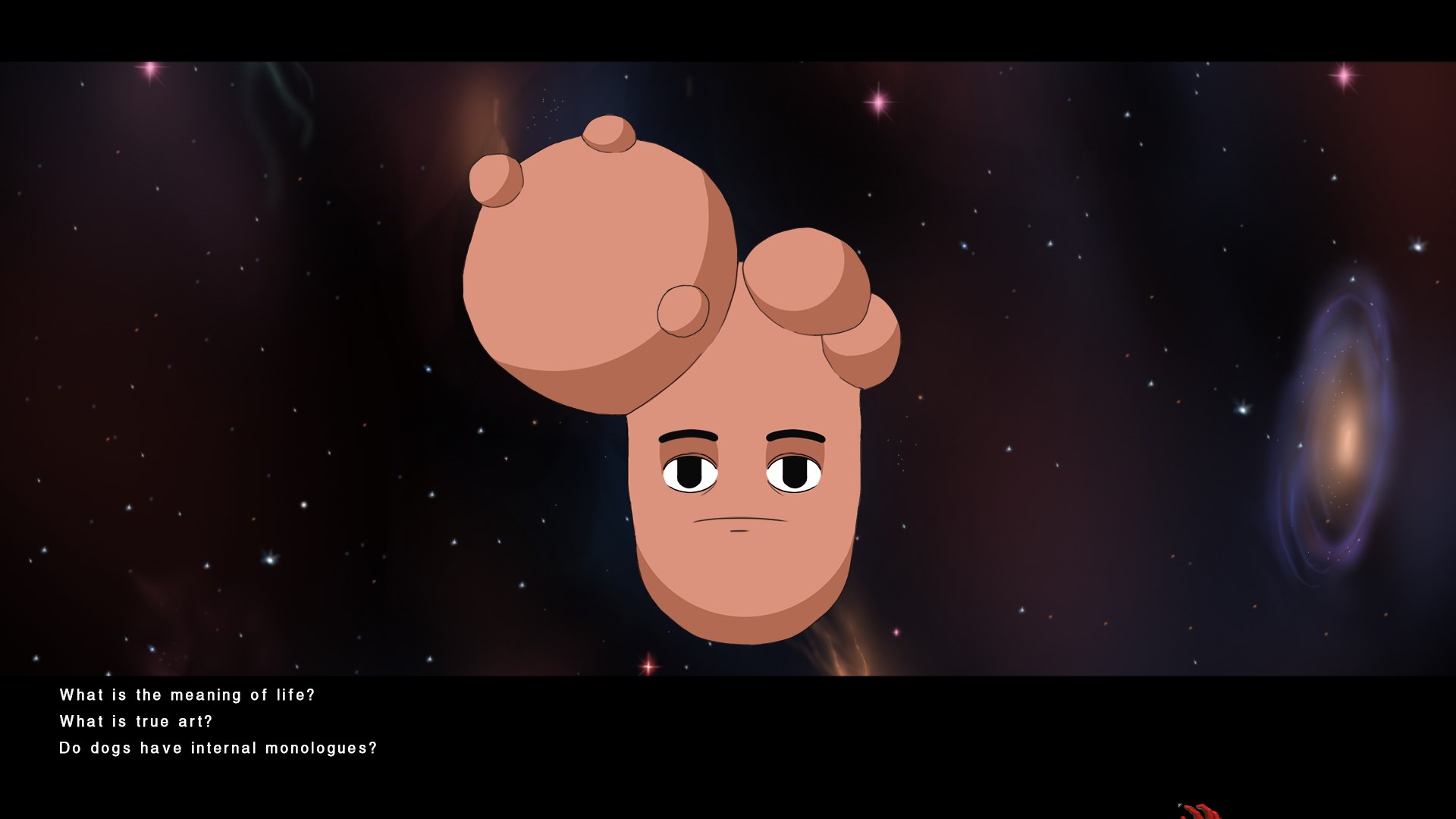 If you’ve enjoyed adventure games before then you will enjoy this… if you haven’t really given adventure games a go, this is a great one to see just how well they can be made. There are quite a lot of laughs and the production quality is high…  for the price you really can’t go wrong. Stick a balloon to your head or grab a 90’s metal band wig and get ready to drop some beats… go play Paradigm!