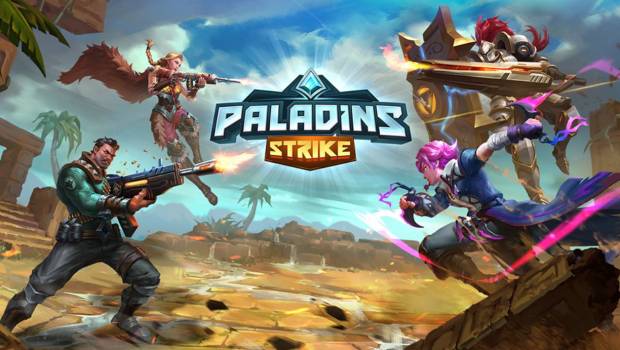 May 3, 2018 – Melbourne – After attracting over 25 million players during its Beta phase, Paladins: Champions of the Realm officially launches May 8th on PC, Xbox One and PS4, Hi-Rez Studios announced today.

As part of its two-week launch celebration beginning today, May 3, the studio is giving away up to $100 million in in-game currency. The Paladins Launch Celebration also features an esports tournament at the Esports Arena Las Vegas, and a variety of in-game and community activities.

Paladins was the most played new game on Steam in 2016, and today it is regularly among the top 20 most-played games on daily Steam charts, as well as one of the top free-to-play games on both Xbox One and PS4. The game has evolved into a top esport on both PC and console. The Paladins Premier League features 10 World Esports Association (WESA) organizations.

Anyone who has played Paladins: Champions of the Realm during Beta will receive 200 Crystals (MSRP $5) free if they log in from May 8-31. Players still have until May 8 to start playing and become eligible for the giveaway. All Champions will be unlocked from May 2-7, so there’s no better time to start playing.

Paladins Strike is a top-down hero shooter based on the hit PC and console game Paladins, with over 2 million players pre-registered for Paladins Strike, making it one of the most anticipated releases this year.