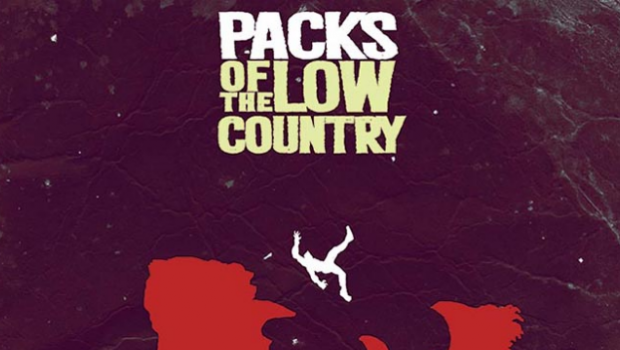 PACKS OF THE LOWCOUNTRY REVIEW

Summary: A genre mashing graphic novel with a compelling twist.

Packs of The Lowcountry is a genre mashing graphic novel written by John Dudley, with art by Don Cardenas. The story delves into a post-apocalyptic world that has been completely taken over by mysterious invaders sixteen years earlier. The story follows a ragtag ensemble of soldiers who have been tasked with an impossible mission that takes them deep into enemy territory, however, not is all as it seems. 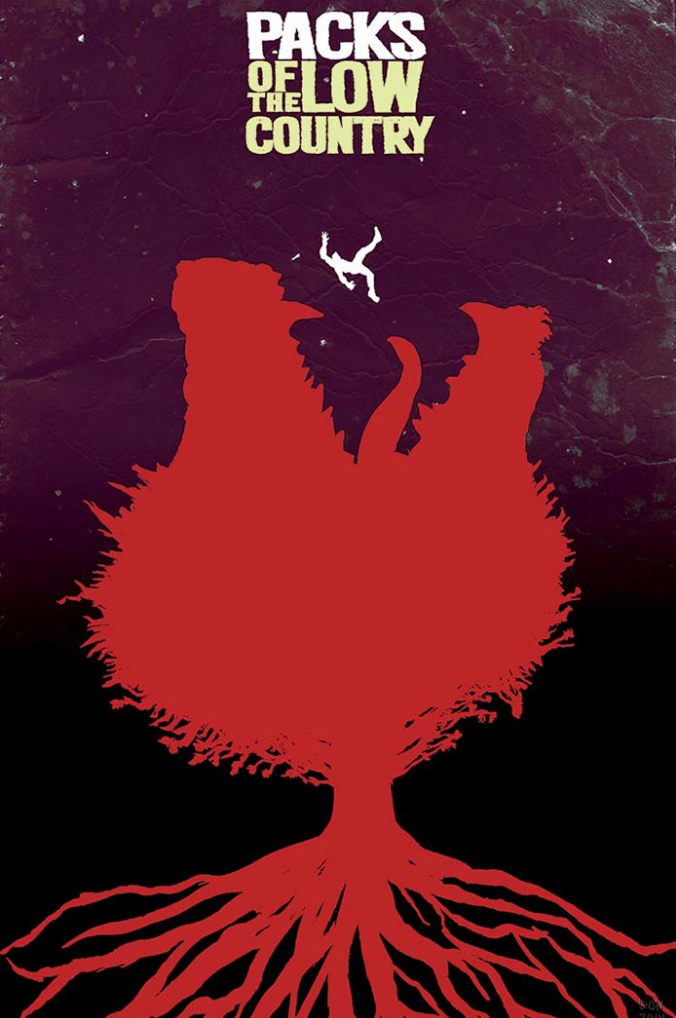 We are introduced to Bastion Conroy, a.k.a. Bass, a talented military strategist who is about to embark on a mission that will take him outside the safety of the fortefied walls of the Free Lands, and directly into the heart of enemy territory. Little to no details have been revealed about the mission, leaving Bass anxious and suspicious about what lies ahead. Deeply troubled by nightmares from the invasion sixteen years earlier, Bass struggles with crippling anxiety and insecurities, which often results in overwhelming panic attacks. Once on the plane, Bass meets his fellow teammates, Helena and Mark, two mysterious agents who appear both guarded and nonchalant about the task ahead. The mission file claims that they are to investigate reports of a successful fortified settlement, Called Beau Fort, however, once they make the drop into the Active Lands, it quickly become apparent that there has been a change of plan as they now make their way to the underground bunker of a man called Dr. Beach. On their way to the Dr they notice that they are being stalked and slowly surrounded by a group of monsters known as the notorious Baker Pack, whose leader holds a dark and terrifying secret. Things begin to unravel once inside the bunker, as a secret mission involving an unorthodox experiment is revealed, heralding the arrival of a strange and dangerous power that could doom them all. 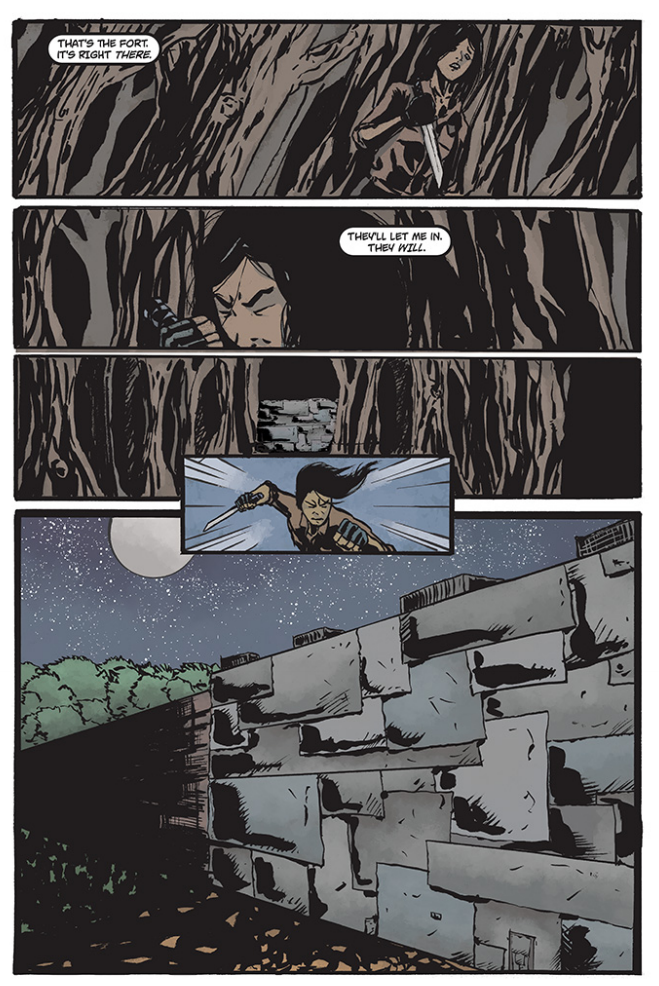 I must say, this was a bit of a fun and wild ride. I really enjoyed the overall fast-paced action of the narrative, that continued to build momentum as the story progressed. Initially this story reads as an action thriller, however, the narrative is much more complex, with a variety of unexpected plot developments that are all very clever and well-rounded. For me, the heart of this story lies in the ensemble of agents that have been given a rather impossible task. Not all is as it seems with this lot, especially Bastion’s teammates, Helena and Mark. A veil of mystery shrouds these two and their mission, and it feels like Bastion is being taken down a rather surreptitious path. I enjoyed the ominous sense of unease that this mystery fostered, which made me quickly question the motivations of Mark, Helena and Dr. Beach. All of this smoke and mirrors had me incredibly intrigued, and I thoroughly enjoyed it when the pieces of the puzzle came together to reveal a surprising and compelling development. I also liked the witty banter between the agents, reminding me of the sharp and entertaining exchanges that we often see in 80’s action films. I also enjoyed the fact that the lead protagonist is massively flawed, suffering from crippling anxiety attacks which often makes him do impulsive things. Seeing Bass overcome his demons and grow as a person was nice to see, revealing a lot about his character and changing the overall dynamic of the narrative. 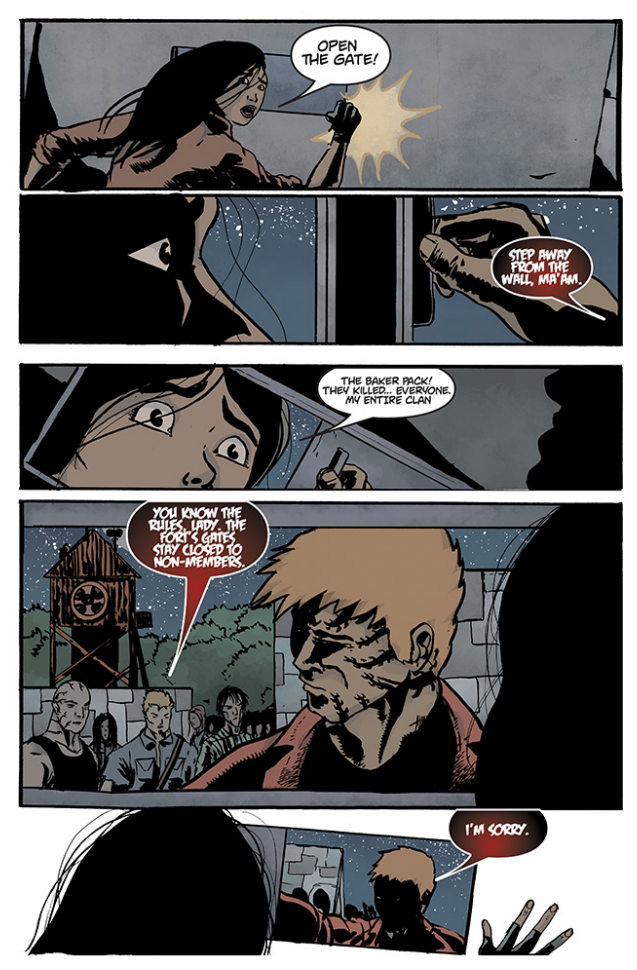 The art by Don Cardenas matches the intensity and fast-paced action of the story. There is a grittiness to his art that captures the overall edginess and ominous tone of the swamp and their mission. There is a claustrophobic quality to the landscape of the lowcountry, with the forest feeling like it’s closing in on these unsuspecting agents. I particularly liked the wolfish appearance of the invaders, and seeing their grotesque faces in the heat of battle was a lot of fun. We also get to see a variety of montage pages that delivers an epic visual narrative and allows Cardenas to showcase the diversity of his art. There were moments, however, when the expressions appeared a little forced or awkward, resulting in some of the characters looking disjointed and out of place. The colouring fulfills the job of heightening the overall menacing tone of the story, and I thought that the use of more muted colours for the flashbacks to be effective in making these scenes feel like they were retrospective. 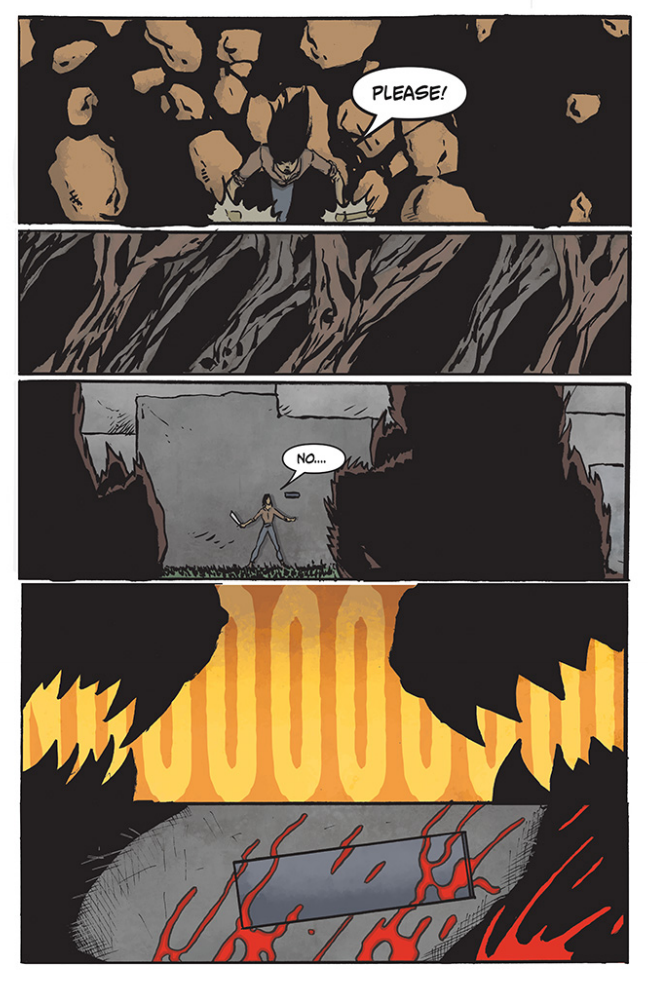 Overall, I found Packs of the Lowcountry to be to an engaging and well-rounded story. I enjoyed the fast-pace and the clever plot developments that unfold as the story progresses, and Don Cardenas’ art works well in delivering a gritty visual narrative. If you’re looking for an adventure horror story with a compelling twist, then this is the graphic novel for you.