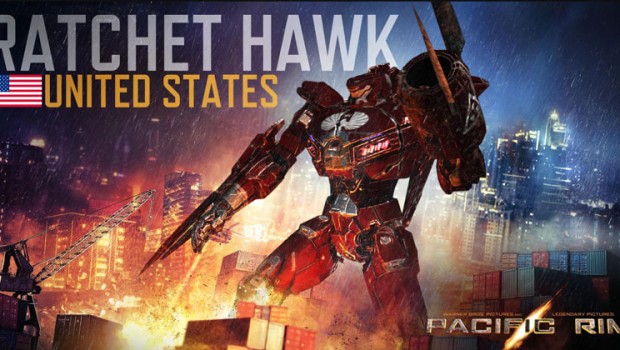 Summary: While the plot may be clichéd and the characters may start off as thinly formed archetypes, it manages to come together to form a sum greater than its parts.

In a summer movie season stuffed with big budget superhero efforts and pre-established franchises, Guillermo Del Toro’s Pacific Rim offered something a little different. Yes, giant monsters fighting equally giant robots over the Pacific Ocean doesn’t sound particularly original, particularly when there is that whole other franchise with the fighting robots (we prefer not to speak of it) pulling in ungodly amounts of money worldwide. However, in the hands of Del Toro Pacific Rim manages to be something that is becoming increasingly rare these days, a completely original summer blockbuster. 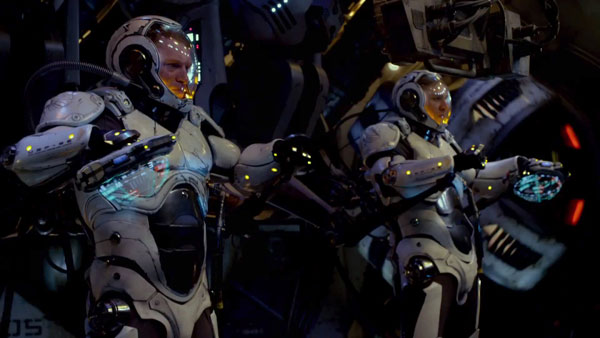 The film wisely eschews the common trend of spending the entire run time explaining the origin story and drops us straight in the action after a brief narrative. In 2013 monsters that will come to be known as Kaiju emerge from a portal in the Pacific Ocean and begin attacking Earth’s major cities. These monsters are hundreds of feet tall and begin devastating Earth’s cities and military forces. To combat the Kaiju, humans start building Jaegers, robots just as massive as the Kaiju. The Jaegers require immense power to run, and must be piloted by two people whose brains are linked to prevent the brain overloading. This process is called The Drift, and only certain people are compatible and able to pilot the Jaegers. Two of these people are Raleigh Becket (Charlie Hunnam) and his brother Yancy. The two are afforded celebrity status for their ability to fight Jaegers but of course it eventually all goes wrong, Yancy is killed and Raleigh leaves the Jaeger program to live an anonymous life building walls designed to protect cities from future Kaiju attacks.

The film then jumps to five years later, when Jaeger commander Stacker Pentecost (Idris Elba) locates Becket with the hopes of reenlisting him to finish the conflict with the Jaeger once and for all. Becket eventually partners with Mako Mori (Rinko Kikuchi) despite Pentecost’s objections and her inexperience in the field. Mori was present when a Kaiju attacked her city, killing her entire family in the process. As such she is consumed by a desire for revenge that potentially puts her in danger any time she enters the drift. Assisting the Jaeger program are two scientists, Dr. Newt Geiszler (Charlie Day) and Dr. Hermann Gottlieb (Burn Gorman). Dr. Geiszler is something of a Jaeger groupie and spends much of the film trying to enter the Drift with a Kaiju, in hopes that it will help him understand their methods. This leads him to Hannibal Chau (Ron Perlman), a black marketeer who specialises in dealing Kaiju parts. 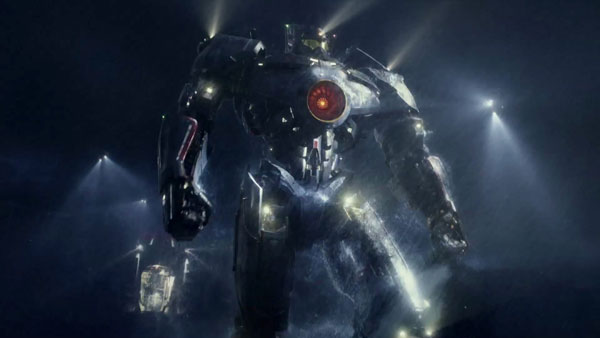 The film eventually comes together for the series of climactic battles between human and Kaiju. It plays out pretty much exactly how you’d expect. In fact, most of the plot points and characters are fairly stock archetypes. Main character reeled back into the fold after tragic beginnings? Check. Hard ass commander who cares deeply about his charges? Check. Partner consumed by revenge who eventually learns to overcome her demons and flourish? Check. Last ditch mission to save the Earth that looks doomed followed by miraculous turnaround? Check. Do not let this fool you, Del Toro takes these well used tropes and packs them with a detail and vision that is unmistakeably his. Hannibal Chau and Dr. Geiszler in particular, are thoroughly Del Toro creations, as is the idea of a slum built inside the skeleton of a defeated Kaiju. Watching for the amount of detail put in every scene, no matter how minor, is one of the thrills of watching a Del Toro film. It is obvious that every single frame of the film was lovingly crafted, and you can’t help but admire it. The fact that the action is all kinds of entertaining doesn’t hurt either. Watching a Jaeger beat down a Kaiju using a boat as a weapon is thrilling, and all the confrontations between human and Kaiju feel epic. This is an epic action movie done right, and will hopefully get a chance to live on via sequels.

Given that this is a Del Toro film, and this is a Blu-ray disc, the film looks fantastic. The picture is clear and sharp and demonstrates all the visual prowess of the film. The audio transfer is similarly immaculate for both the 5.1 and 7.1 setup.

Pacific Rim also comes equipped with a large array of special features. For fans of Del Toro the most alluring ones will be the full length audio commentary and the director’s notebook features. On the audio commentary Del Toro’s passion for the film shows and he has interesting things to say for the duration of the film. Del Toro digs deep into the themes, inspirations and the productions of the film.  The commentary track is everything that a commentary track should be, entertaining and insightful. The director’s notebook is a completely interactive notebook containing Del Toro’s concepts, artworks and original notes on the film which can be translated from Spanish to English. The feature transports you into the mind into one of this generations most imaginative film makers and is well worth going through to see how much thought Del Toro puts in every aspect of production. The rest of the extras contain a few deleted scenes, a blooper reel, and the usual set of featurettes documenting the making of the movie. 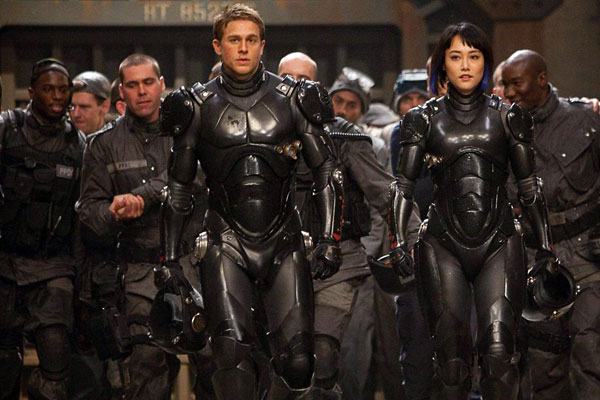 Pacific Rim may have got a little lost amongst all the established franchises this summer, but to write it off because of this would be a mistake. Not only does Pacific Rim contain some of the most inventive and thrilling action sequences of the year, it also packs in details that no other working film maker would even think to include. While the plot may be clichéd and the characters may start off as thinly formed archetypes, it manages to come together to form a sum greater than its parts. Add an expansive amount of worthwhile special features and an immaculate Blu-ray transfer, and you have a complete package that is well worth investing in. 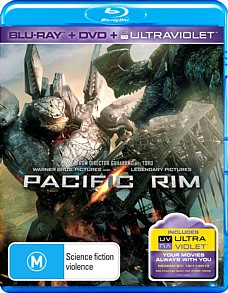