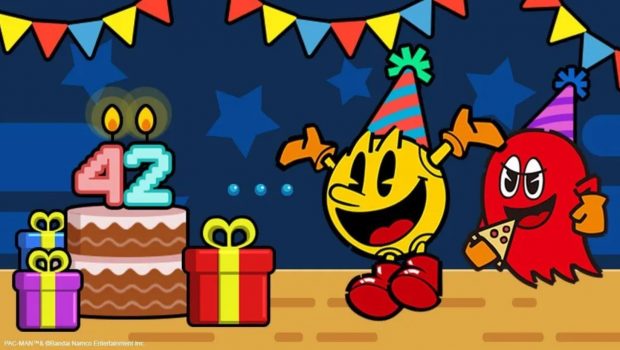 PAC-MAN is celebrating its 42nd anniversary. To celebrate, a new video game is releasing this week, along with several partnerships in culture and fashion and a new song and music video.

Releasing this Friday, May 27th, on PlayStation 4, Xbox One, Nintendo Switch and PC (supports Xbox Play Anywhere), PAC-MAN MUSEUM+ invites players to discover or revisit 14 titles in the legendary PAC-MAN series, with some that haven’t been available in years. The game is also compatible with PlayStation 5 and Xbox Series X|S and will be playable with Xbox Game Pass at launch. In addition to the multiple PAC-MAN games that they will be able play in their virtual arcade, players will be able to customize it with cabinets, decorations and memorabilia, before taking on the various in-game missions.

To continue the festivities, a new theme song and music video is releasing today. Titled “We are PAC-MAN!”, and interpreted by Kaho Kidoguchi in Japanese and English, and Ann Una in Chinese. The song aims at promoting people cooperating and connecting together to live a healthy lifestyle.

To join in the celebration, the ever popular Fortnite game from Epic Games will welcome PAC-MAN themed cosmetics on June 2nd, giving players the opportunity to show off their appreciation of the classic character.

In addition to these announcements, PAC-MAN’s presence outside of video games keeps on growing thanks to new partnerships. Starting June 6th, the PAC-MAN x EASTPAK collection will be available in participating retailers throughout EMEA, USA and South Korea, carrying bags, suitcases and pencil cases. For tourists visiting Paris, the Yooma Urban Lodge Paris Tour Eiffel will feel like being part of a PAC-MAN maze with a immersive decoration of the hotel’s entrance hall, courtyard and corridors. In Berlin, as the Computerspielemuseum is encouraging everyone to replay history in their museum, PAC-MAN and the ghosts will take over a train of the U-Bahn 5 starting this month. Slated for this Autumn/Winter, a PAC-MAN Collection in collaboration with sloggi will be available in several countries in Europe and Asia.