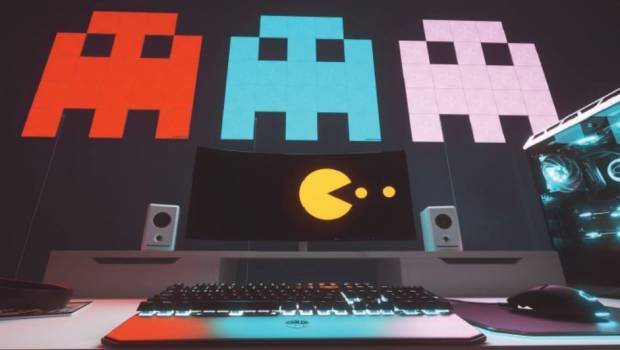 Pac-Man debuted in Tokyo 40 years ago, but no one in 1980 could have predicted just how
successful this game would become. Leaving one of the biggest marks on the gaming
industry to date, Pac-Man broke through the barriers of what defined a game as ‘popular’
(which at the time was simply about shooting things).

To celebrate the anniversary of Pac-Man, why not explore the possibilities through Nanoleaf
Canvas? With their square shape, Canvas introduces an opportunity to immortalise your
favourite characters in their pixelated form.

The interactive nature of Nanoleaf Canvas also features Touch Games, allowing you to play
games like Whack A Mole, Simon, and Memory on the Nanoleaf Canvas.