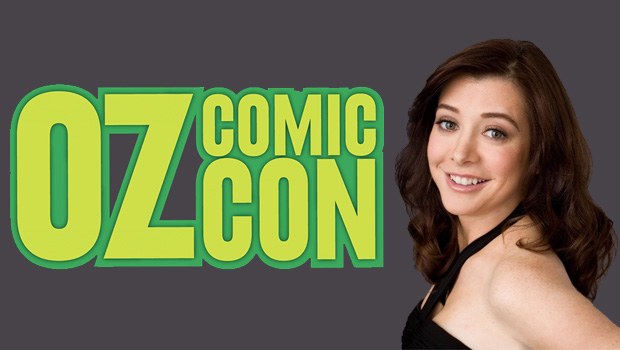 In her very first Australian convention appearance, Alyson Hannigan, star of Buffy the Vampire Slayer, How I Met Your Mother and American Pie, will be at Oz Comic-Con on 1-2 July at the Melbourne Convention and Exhibition Centre.

Alyson shot to stardom as Buffy’s best friend Willow, in Buffy the Vampire Slayer, as well as winning over 90’s teens in her role as band-geek Michelle in the American Pie series. Most recently she won hearts as one half of Marshmallow and Lilypad, when she starred as Lily Aldrin in all nine seasons of How I Met Your Mother. Alyson is married to actor Alexis Denisof, who she met on the set of Buffy the Vampire Slayer, and they have two daughters together.

Joining Alyson is another Buffy alumni, Tom Lenk, who portrayed trio member Andrew Wells in season six. Tom has also appeared in Transformers and had guest roles on How I Met Your Mother, Bones and Six Feet Under, as well as many more.

Oz Comic-Con Melbourne will also feature exclusive Marvel and Star Wars content, along with local and international comic artists, exclusive workshops, dedicated Cosplay, anime and gaming areas. There will be family activities and a show floor filled with retailers catering to every fandom.  With something for fans of every age, genre and interest, Oz Comic-Con Melbourne will be a total pop culture knock-out.

Oz Comic-Con Melbourne will be held at the Melbourne Convention and Exhibition Centre on July 1-2, and tickets are now on sale.