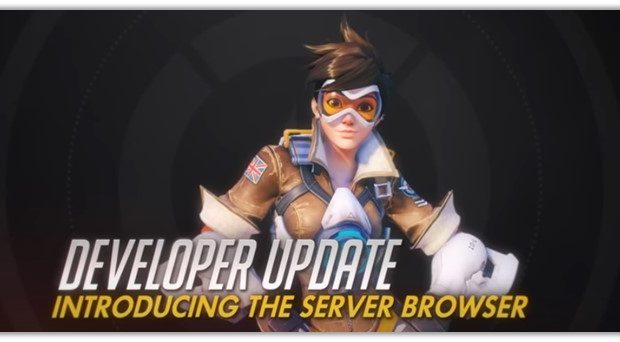 The Overwatch development team recently announced hero balance changes and new game content; both are now available to try on the Public Test Realm (PTR). Some of the major highlights include new game mode, Capture the Flag, being added to the Arcade, as well as a brand new Server Browser to find and join Custom matches.

Capture the Rooster, which was introduced during our Lunar New Year event, has been Overwatch’s most popular brawl so far. We don’t want that excitement to end, so we’re bringing Capture the Flag to the Arcade as as an ongoing game mode! The mode will be playable on versions of Nepal, Lijiang Tower, Ilios, and Oasis, and will offer 12 maps when creating a Custom Game.

Available on the PTR, players can now create their own, unique Overwatch experience and share it with their friends, teammates, or the entire world – introducing the Server Browser.

An extension of Overwatch’s Custom Game mode, the Server Browser allows you to adjust the settings on various maps, modes, and heroes; creating your own tailor-made server. If, for example, you want to increase Pharah’s missile speed or remove the cooldown from McCree’s Combat Roll, the power is yours. Once you’re happy with your settings and you’re ready to launch your game, you’ll need to set up the permissions. You can limit the number of people who can join your game by toggling the “Friends Only” or “Invite Only” options, but if you want to put your strange creation to the real test, set your server to “Public” and click the launch button. The Server Browser will be added to the live version of the game in the near future.

You can read the full PTR Patch Notes here, or listen as Overwatch Game Director, Jeff Kaplan, discusses all the content currently being tested in the PTR, via the Developer Update video below.