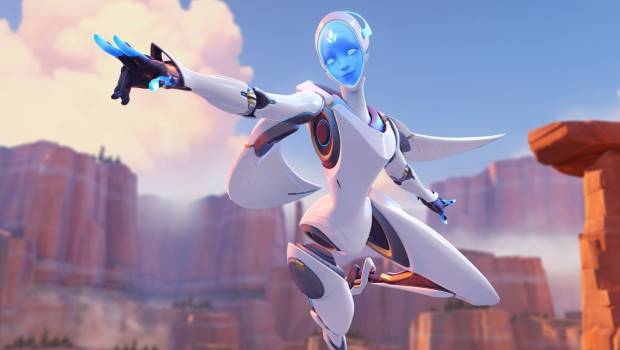 Echo was the creation of Singaporean scientist Dr. Mina Liao, one of the earliest members of Overwatch. Prior to joining the organisation, Dr. Liao was widely considered one of the most prominent experts in robotics and artificial intelligence. Dr. Liao dreamed of improving upon the original omnic designs, which became the basis for the Echo project. She created a multirole, adaptive robot that could be programmed to learn different functions – anything from medical support to construction – but with serious limits to independent decision making. Although Overwatch was wary of just how often and where they used Echo, Liao had actually programmed Echo with a powerful, general artificial intelligence that learned by observation. As a result, much of Liao’s behaviours – including her speech – were adopted by Echo.

To learn more about Echo, visit her hero page at the following link: https://playoverwatch.com/en-us/heroes/echo/