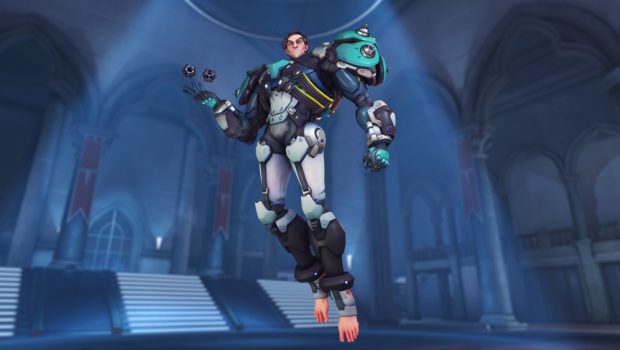 “Gravity is a harness… I have harnessed the harness.”

The 31st Overwatch hero, Sigma, is now available on PC on the Public Test Region (PTR)!

Sigma was once a kind and brilliant scientist, until an experiment gone wrong left him irreparably changed. During that tragic incident, Sigma sustained serious psychological damage but gained the ability to manipulate gravity on a whim. After being deemed a threat to humanity and languishing for years in a secret government facility, Sigma was eventually freed by Talon and is now being used, unwittingly, as a living weapon…

As our newest tank, Sigma will shield teammates from harm, but if the enemy applies enough force – he shall apply it back!