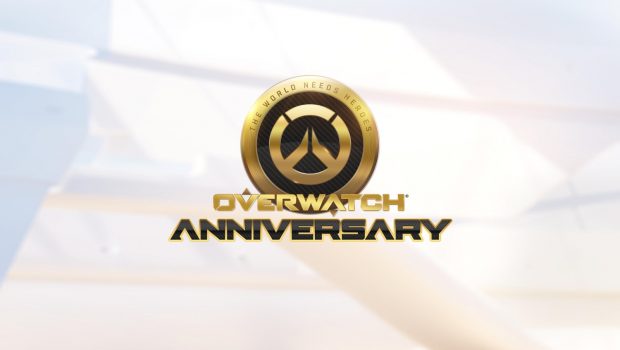 Overwatch is turning one! Celebrate with our latest seasonal event – Overwatch Anniversary, and the release of Overwatch®: Game of the Year Edition, both of which are available today!

From now until 13 June, we’re raising our glasses in a virtual toast to all the soldiers, scientists, adventurers, and oddities who’ve fought for the future during our first year. Take part in three new Arena Maps (Castillo, Necropolis and Black Forest), and collect more than 100 commemorative Loot Box items—including skins, dance emotes, sprays, and more – https://www.youtube.com/watch?v=O2Vt-dnLn5A

Save Big on Overwatch and Overwatch: Game of the Year Edition!

Released today at a special introductory price for PC, PlayStation® 4, and Xbox One, this digital bundle includes the complete roster of Overwatch heroes, maps, and game modes, as well as an arsenal of bonus content and Overwatch-themed goodies for several Blizzard Entertainment games:

[Overwatch] Enjoy 10 Standard Loot Boxes, each containing a collection of random items that can be used to customise your favorite heroes. Loot Boxes may include skins, emotes, victory poses, voice lines, sprays, and highlight intros, as well as credits you can use to unlock a variety of different customisation options.

[Diablo III] Mercy’s Wings: Slay demonic forces throughout the High Heavens and Burning Hells while donning Mercy’s wings, and all of Sanctuary will know of your allegiance to Overwatch!

[StarCraft II] Player Portraits: These picture-perfect portraits of Tracer, Reaper, Pharah, Winston, Bastion, and Soldier: 76 give new meaning to the phrase “Hero of the Koprulu Sector.”

[Hearthstone] Overwatch Card Back: If you happen to find yourself in a Tavern Brawl, show your opponent you’ve got backup with an Overwatch-themed card back.

[World of Warcraft] Baby Winston Pet: Adorably cuddly and highly intellectual, the Baby Winston pet will be at your side as you fight to extinguish the Burning Legion.

[Heroes of the Storm] Tracer Hero: The cavalry’s here! Jump into the Nexus with Tracer and surprise your enemies in the blink of an eye.

To celebrate one year of Overwatch, we’re also taking a Rocket Hammer to our prices for a limited time:

If you haven’t yet had a chance to join the fight for the future, then get ready to strike before this tactical opportunity ends on 6 June.