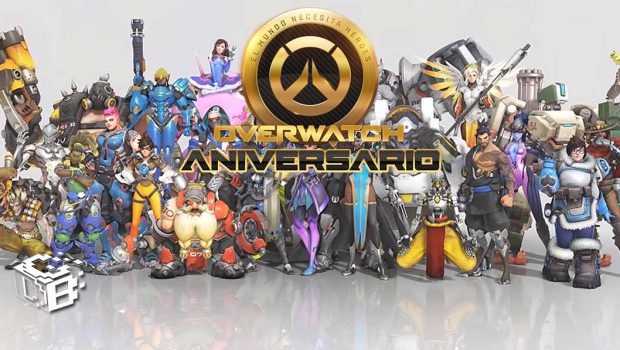 For the Overwatch Anniversary event, developers and artists get to let their imaginations run wild, as they come up with new ideas for skins, emotes, sprays, and other cosmetics that aren’t necessarily themed around a specific holiday or storyline. Overwatch Concept Artist David Kang discusses how a pair of his favourite skins from this year’s event came about.

Academic Ideas – “This skin was a no-brainer. The team has wanted to create a skin like this for the longest time, but it took a while to make it a reality—mostly because we needed to determine the right mech to complement D.Va’s uniform. We ultimately decided to tie it to the idea of D.Va being a pro gamer in high school. Her mech would be the mech she uses in the game she plays professionally.”

Mechanical Details – “Academy D.Va’s mech has a few cool details that are easy to miss. The head we added to the top of the mech actually moves in sync with D.Va’s head when she is inside the mech. The mech also has special green jet FX when it flies. And a fun fact: We actually teased this skin in the Busan map for a whole year. If you go into her personal room in the mech base, her desktop wallpaper has a cropped image of D.Va’s mech skin.”

Coming Up with the Perfect Pair – “The biggest challenge for this skin was the mech itself. Our team’s philosophy with D.Va skins is that we always need to match the mech to what D.Va herself is wearing. The first thing that came to mind when we decide to do a school uniform for D.Va was a school bus for the mech. Unfortunately, after some research and help from the Blizzard team in Korea, we learned that Korean high-school students don’t really ride school buses—but we tried it anyway!” (See concept art.)

“Once we determined the American yellow school bus wouldn’t really work, we did some more research and found out that Korean high school students often take city buses. We tried that, too, but D.Va ended up looking like she was supposed to be the bus driver—so we designed a cool-looking robot instead. This ended up being a huge upgrade compared to the other designs. Everyone on the team was really happy with how it turned out.”

The Spark of Invention – “I’ve always been fascinated with gargoyle statues on gothic cathedrals, and have been wanting to do a skin like this since early 2018. The concept team thought it would a perfect match for Winston, as he looks a bit like a gargoyle himself from a silhouette point of view. Gargoyles also have two different forms they can take—one as stone, and one as a living, breathing creature. Winston is similar in that he has a calm, collected state, and a berserk Primal Rage state.”

Fiery FX – “We created special effects for Gargoyle Winston’s embers to make them glow on and off—we thought it was a nice touch to help make a stone creature feel alive.”

Gothic Gunplay – “It’s always challenging to match the weapon theme to the base skin. For Winston’s Tesla Cannon, the cathedral spire form turned out to be a great complement to the gargoyle theme.”