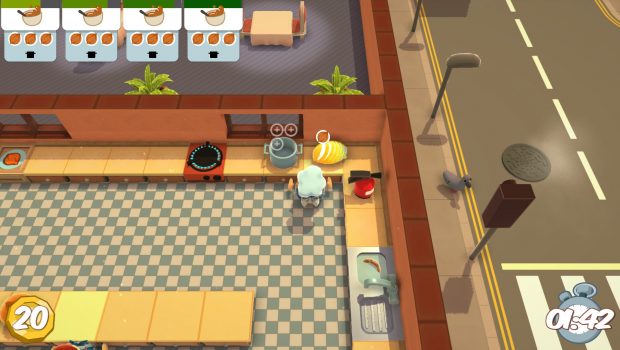 Play solo or engage in classic, chaotic couch co-op for up to four players in both co-operative and competitive challenge modes. Working as a team, you and your fellow chefs must prepare, cook and serve up a variety of tasty orders. Sharpen your knives and dust off your chef’s whites, there isn’t mushroom for error and the steaks are high in these crazy kitchens!

In the campaign you’ll have to travel across space and thyme, quite literally, on your quest to become the ultimate top chef capable of saving the endangered Onion Kingdom! Take on a wide range of unusual kitchens including street festivals, pirate ships, food trucks, haunted houses, frozen realms, fiery volcanoes and outer space! You’ll have to cook a range of different dishes and work together in order to become the most effective and ultimate team. Gouda luck!