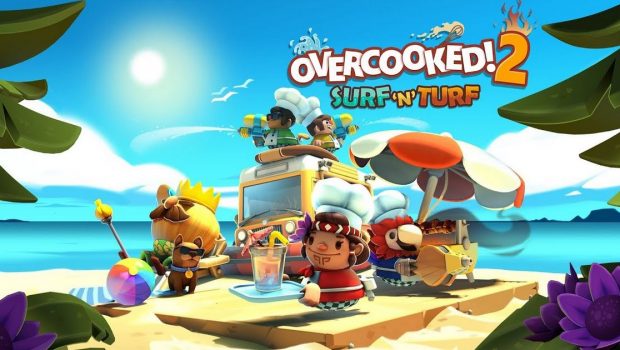 Summary: Grab a partner and enjoy more of one of the Switch’s best multiplayer games!

With Mario Party threatening to steal all the headlines for Nintendo Switch game most likely to cause heated arguments between friends and partners, Overcooked 2 says “hold my beer” and releases a DLC pack that introduces a bright new tropical setting with a brutal spike in difficulty.

With Overcooked 2 story doesn’t matter much but to set the scene, your adventures with the Unbread have come to an end and you get sent to a tropical island for some much-needed vacation time and to source some new island recipes. The new scenery looks great and comes with a few new wrinkles. 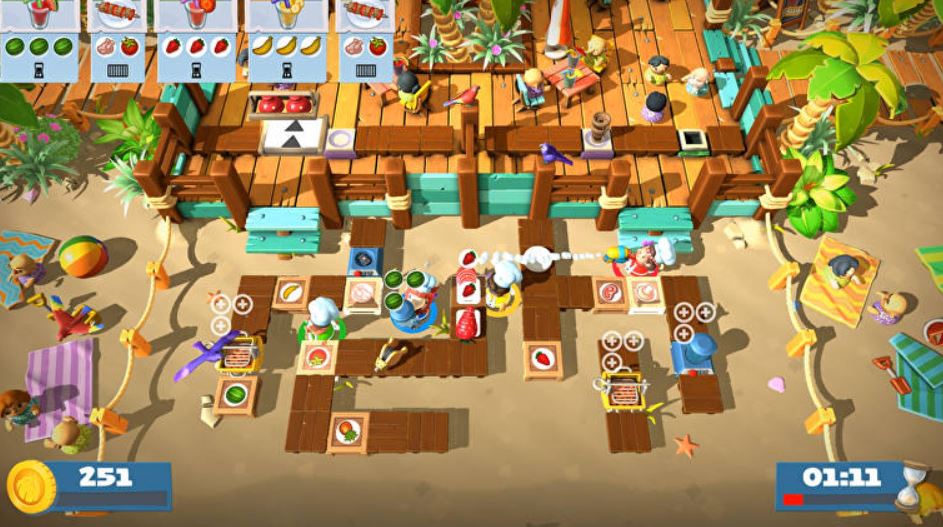 Let’s get this out of the way, much like the original game Overcooked 2: Surf ‘n’ Turf is best experienced when played with a partner. There’s nothing quite like the manic energy of two people struggling to work together, shouting obscenities and eventually persevering. Playing on your own can still be fun but it’s almost like a different game when you have someone by your side. Solo play means that you can’t do things simultaneously so you are constantly switching between chefs to get things done. This makes a difficult game even harder and takes some of the fun out of it. The other major detriment to single player is it removes communication with a partner, which is honestly half the fun. Shouting at each other like you are working in an actual restaurant is a big part of the experience and sharing in the stress makes the game less overwhelming. 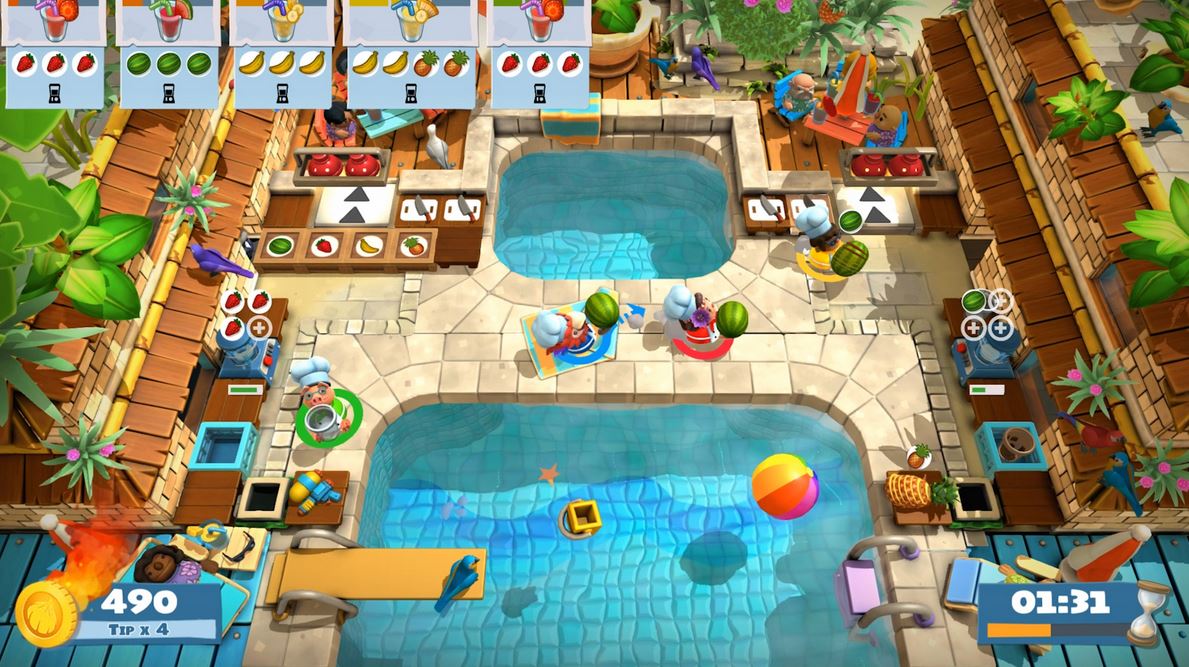 Grab a partner though, and boy oh boy are you going to have some fun. The addition of the very Super Mario Sunshine-esque water gun lets you clean dishes from afar or put out kitchen fires. The other new equipment addition are the bellows which let you increase heat on your barbecue, allowing you quicker cook times at the cost of a higher risk of burning your orders. As far as new menu items go there are various fruits for smoothies, kebabs and burgers for you to get to grips with. There are 12 additional stages and it comes with a ‘New Game +’ mode for the original game which adds a fourth difficulty start if you feel like more punishment. 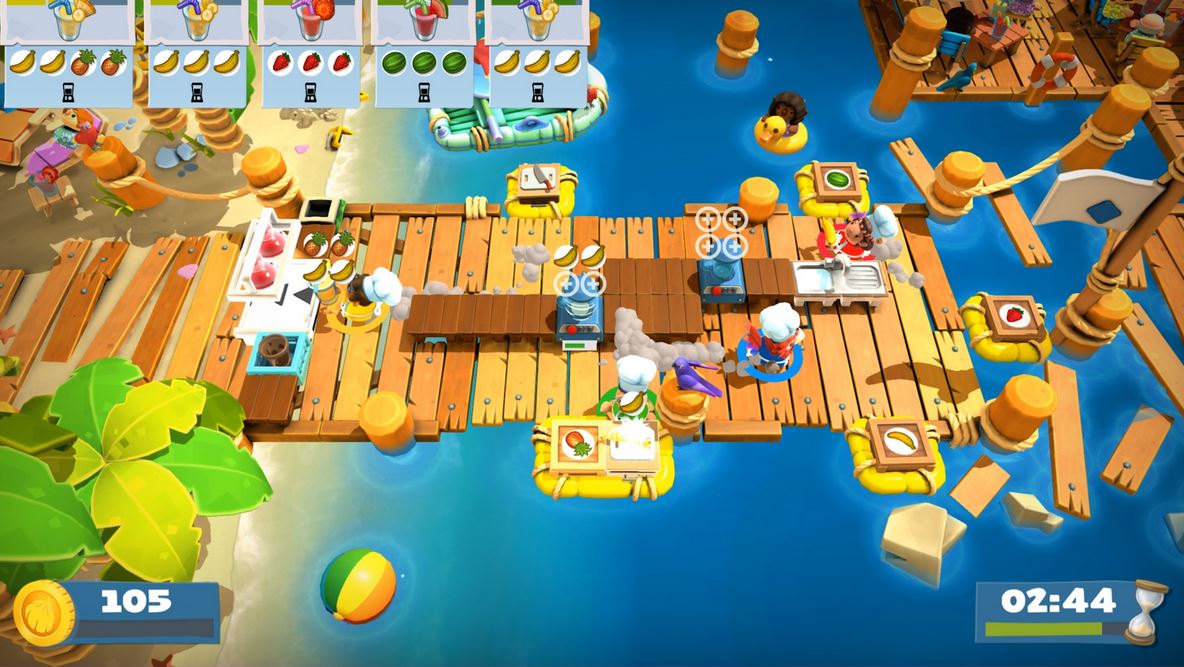 As with pretty much all DLC it’s really more of the same but in this case that is a very good thing. There are some interesting additions to an already extremely playable game and for the amount of hours you will spend feverishly playing, it represents extremely good value for money. Grab a partner and enjoy more of one of the Switch’s best multiplayer games. 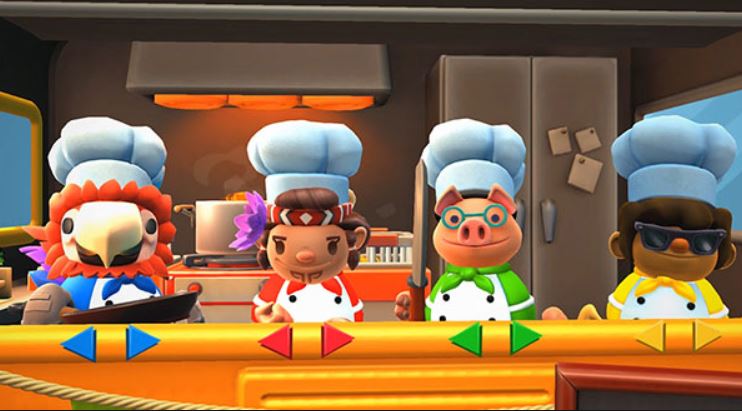