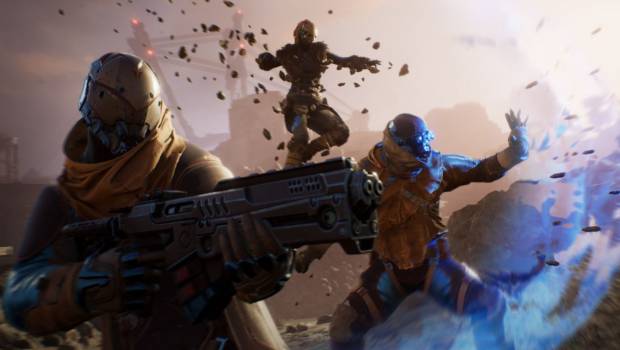 SQUARE ENIX® is excited to announce that the third episode of the OUTRIDERS™ Broadcast will air later this month on August 26th (AEST). The OUTRIDERS Broadcast gives players insight into the dark and desperate world of OUTRIDERS. Players will learn more about the devastating powers, deep class customisation systems, and challenging journey that awaits them in the highly anticipated upcoming RPG-Shooter from People Can Fly, the developers of Gears of War: Judgment and BULLETSTORM, and Square Enix External Studios, the minds behind SLEEPING DOGS® and JUST CAUSE®.

The third OUTRIDERS Broadcast features the reveal of the fourth class, a look at the strategic depth of co-op play and class synergies, deeper insight into the Devastator class, plus answers to some of the most asked questions from the OUTRIDERS community.

The third episode of the OUTRIDERS Broadcast will air on Tuesday August 25th at 9:00amPT / Wednesday August 26th 2:00am AEST. Tune in at www.twitch.tv/squareenix