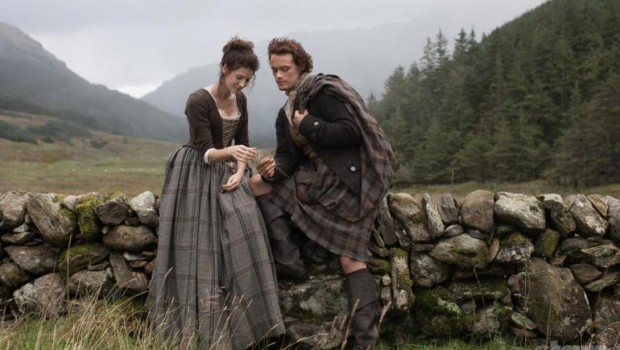 Based on Diana Gabaldon’s international best-selling novel of the same name and produced by Ronald D. Moore (Star Trek, Battlestar Galactica) comes the breathtaking TV period drama, Outlander. Caitriona Balfe (Now You See Me, Escape Plan) stars as Claire Randall, a married British nurse who finds herself caught between two different worlds when she time travels from 1945 to 1743 Scotland. Nominated for a 2015 People’s Choice Award.

Claire is a World War II combat nurse who is visiting Scotland on honeymoon with her husband Frank (Tobias Menzies, Casino Royale, Atonement), after being separated from him for five years. The morning after observing a traditional ritual, Claire decides to follow strange noises coming from the ritual site. Suddenly, she finds herself mysteriously swept back in time to 1743, where she is immediately thrown into an unknown world.

When Claire finds her life in danger, she is rescued by a group of outlawed Highlanders and taken back to their camp. Here she meets Jamie Fraser (Sam Heughan, A Princess for Christmas, A Very British Sex Scandal), a chivalrous and romantic young Scottish warrior injured in battle. A passionate affair quickly ignites between Claire and Jamie that tears Claire’s heart between two vastly different men in two irreconcilable lives.