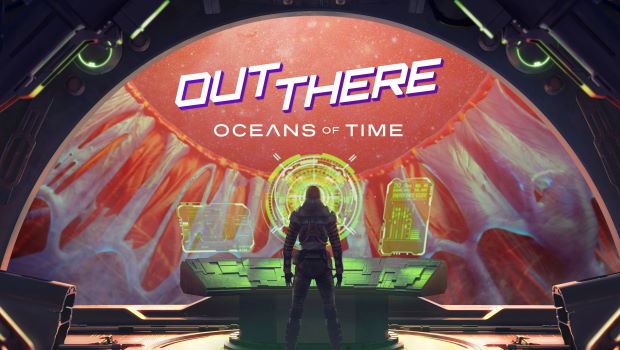 Out There: Oceans Of Time PC Review

Summary: Travel the cosmos trying to stop, potentially, the end of the universe.

As a Sci-Fi fan the prospect of a new game with turn based strategy and galaxy spanning travel with a touch of RPG was very appealing. Jumping into the game I had a feeling of deja vu, not because I’d played the precursor (Out There)… I’m pretty sure I haven’t, but something about the gameplay mechanics and especially the planetary interactions felt very familiar. 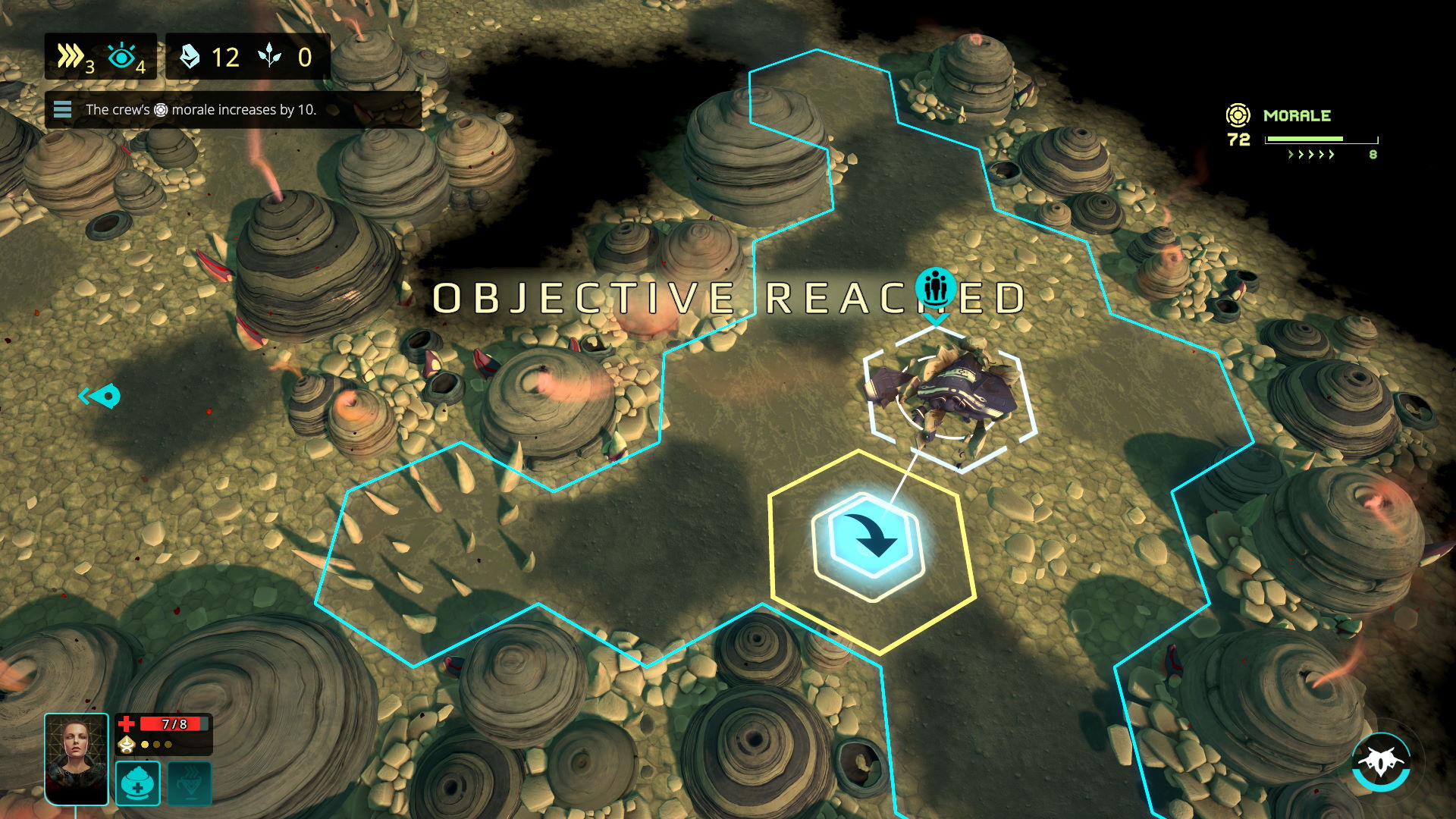 But I’m getting ahead of myself (how unusual for me). The game focuses on two crew members, Commander Nyx and her trusty crew mate Sergei. Tasked with transporting the cosmic villain the Archon to justice, you fall under attack and are seemingly left for dead. Awakening many (many) years later you must find out what happened and if possible bring the Archon to justice.

To be honest, the whole quest to track down and bring the Archon to justice was kind of pushed to the background while I played… I mean sure that was the main task, but I was far more interested in system hopping and seeing if I could find a new ship, what sort of ship it would be, how it would look and what I could fit in it. Finding new events, locations that are a bit different to the majority of planets… that’s what kept me going. 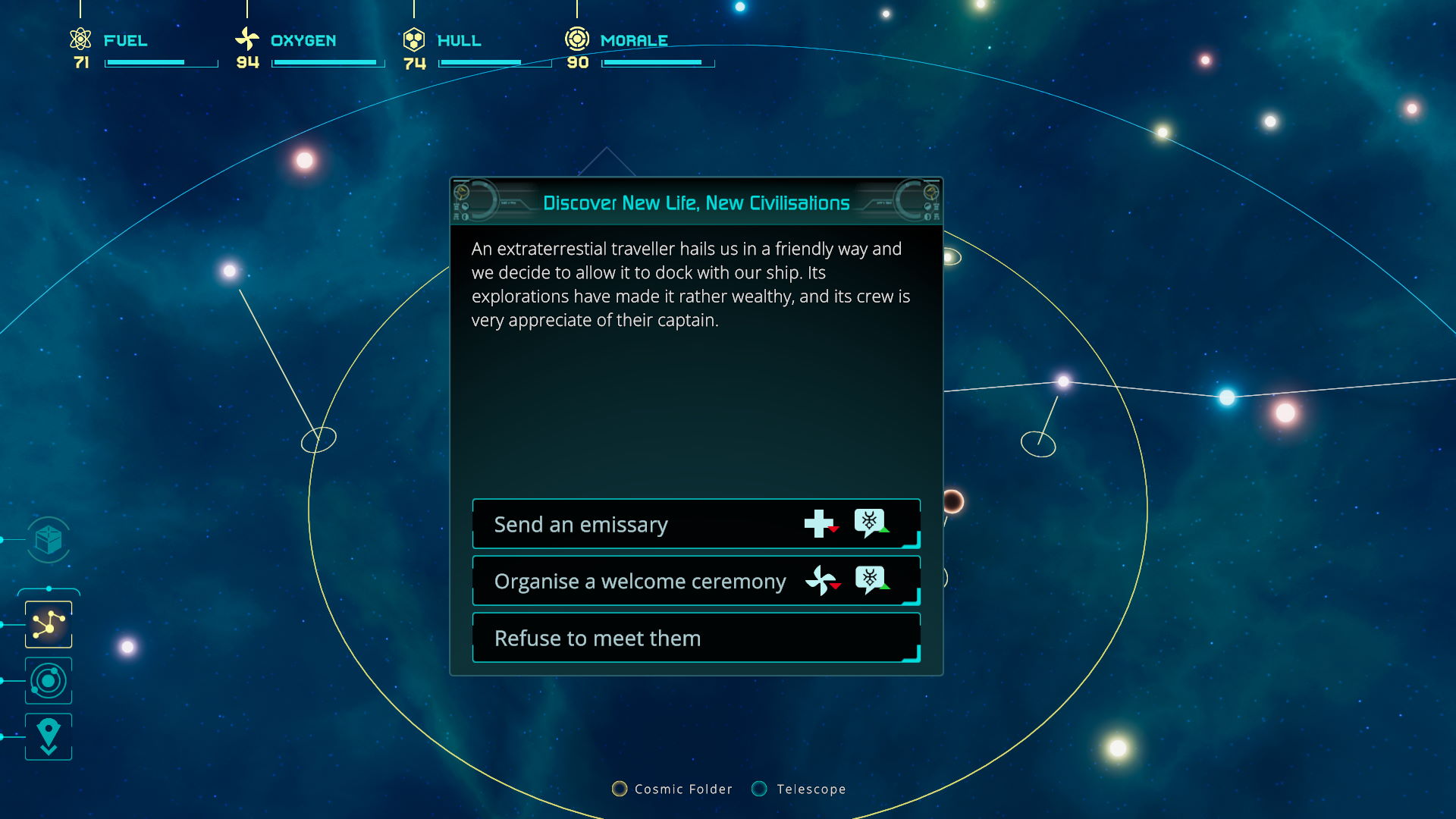 The core mechanic of the game arguably revolves around resource management… you need to ensure you have enough oxygen, fuel and metal to keep your ship running and in good, livable shape. To ensure you maintain your required resource levels, you have to make pit stops at planets and gather resources. Resources are gathered by firing a probe at the planet which will then collect given resources for you, the sort of planet you are probing determines the sort of resource you get (or star when you have the right equipment). Some planets also have points of interest on the surface that you can scan for… this is the part that really felt familiar to me and I cannot remember where I’ve experienced it before, part of me wants to say Star Control 2 but I don’t think that’s it. Either way, I quite like it and it works as a nice carrot, dangling there keeping me interested in flying to the next system to see what I might find there. 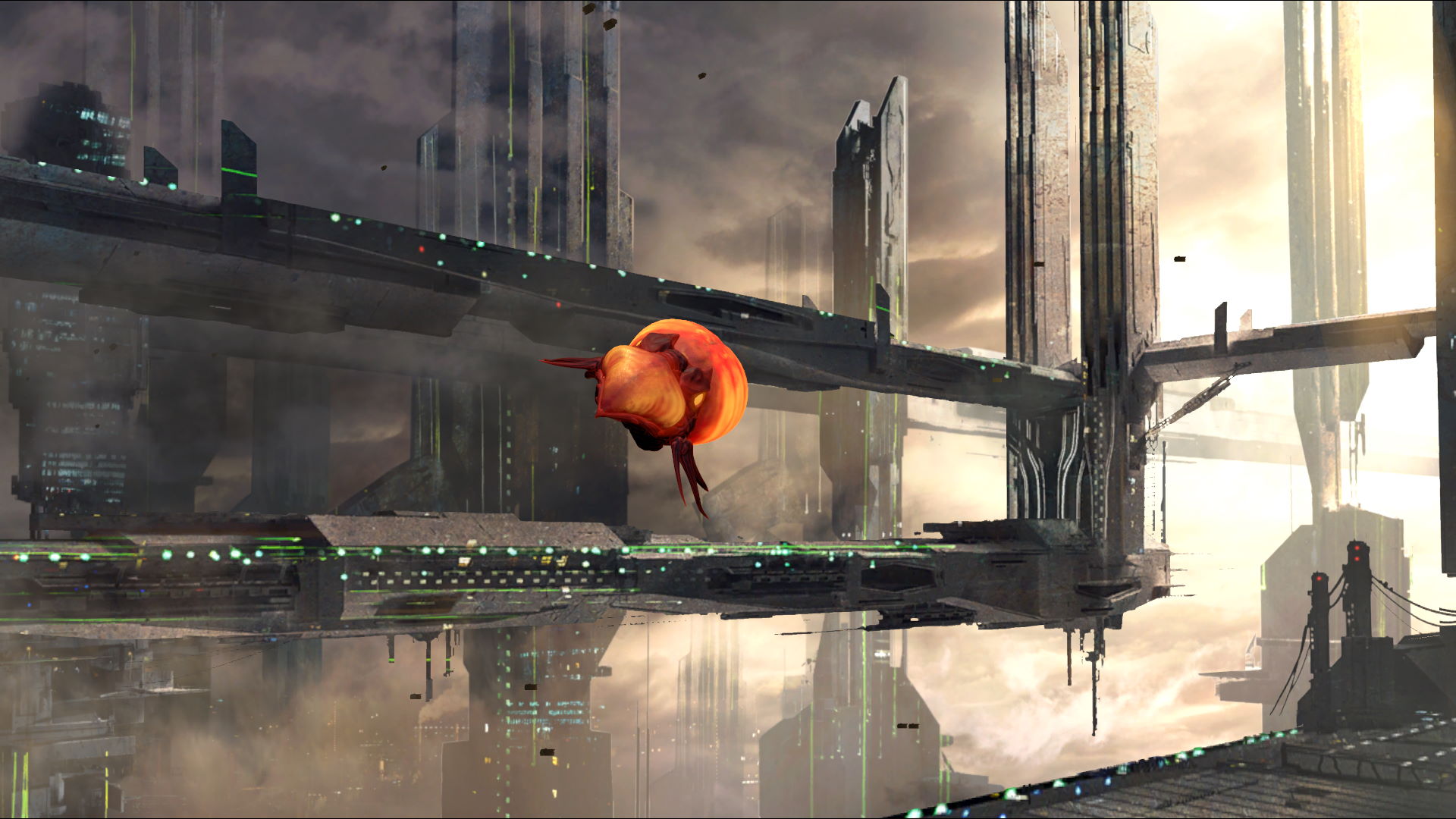 As you continue exploring you will find clues to help you catch your prey, plans to help upgrade your ship, crew that you can bring on to help you with quests (some quests require “experts” in given fields to unlock options for how to deal with points of interest ie you might need a linguist to decypher a monument that then enables you to open some ancient vault or something similar. 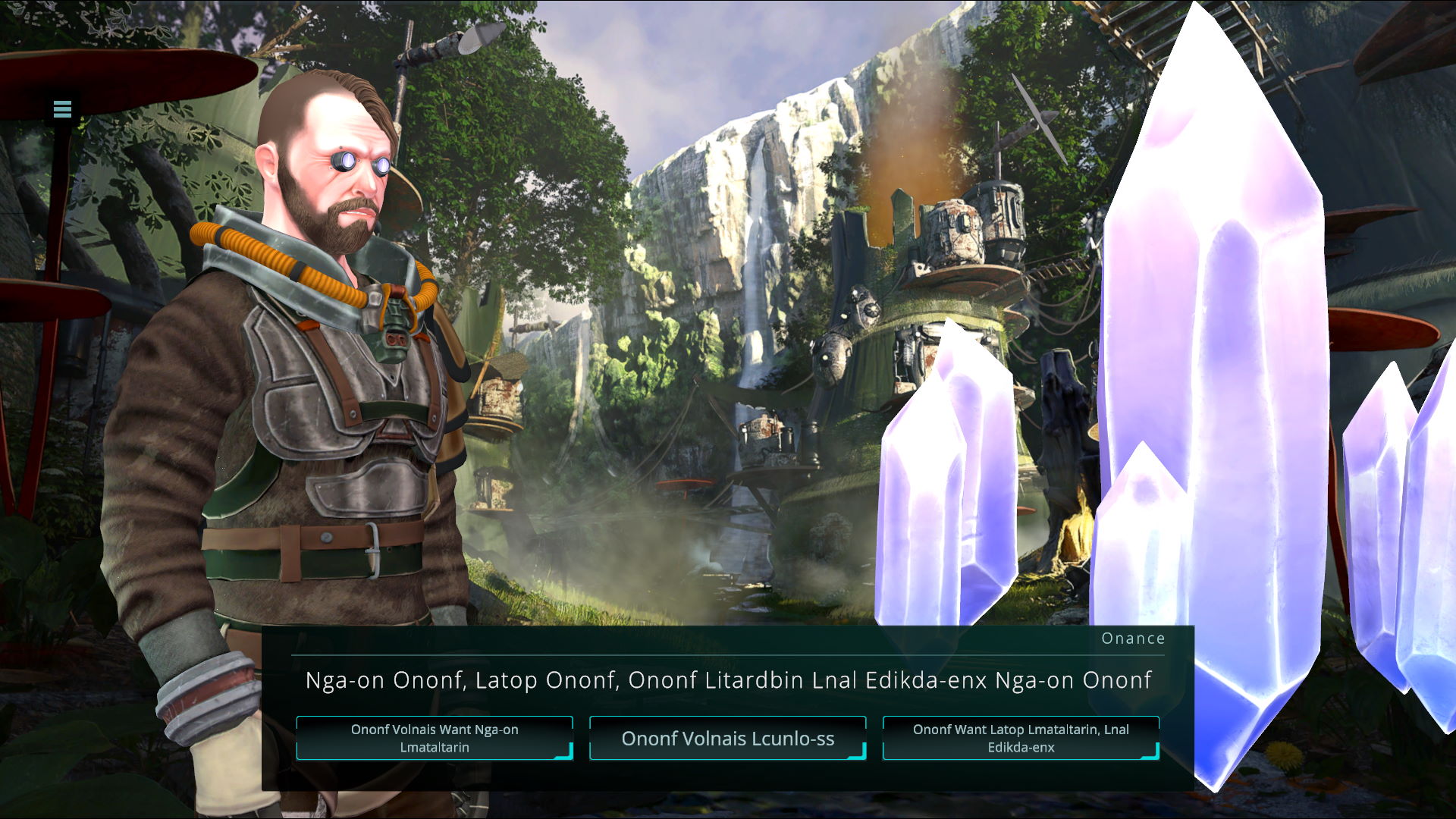 Eventually you will find your way to an end game scenario and you can influence how things end. Re-playability is enhanced by the fact that there are multiple ways to end your quest and the results are quite different (it was quite sad to end my career in prison, but it seemed like the right thing to do). 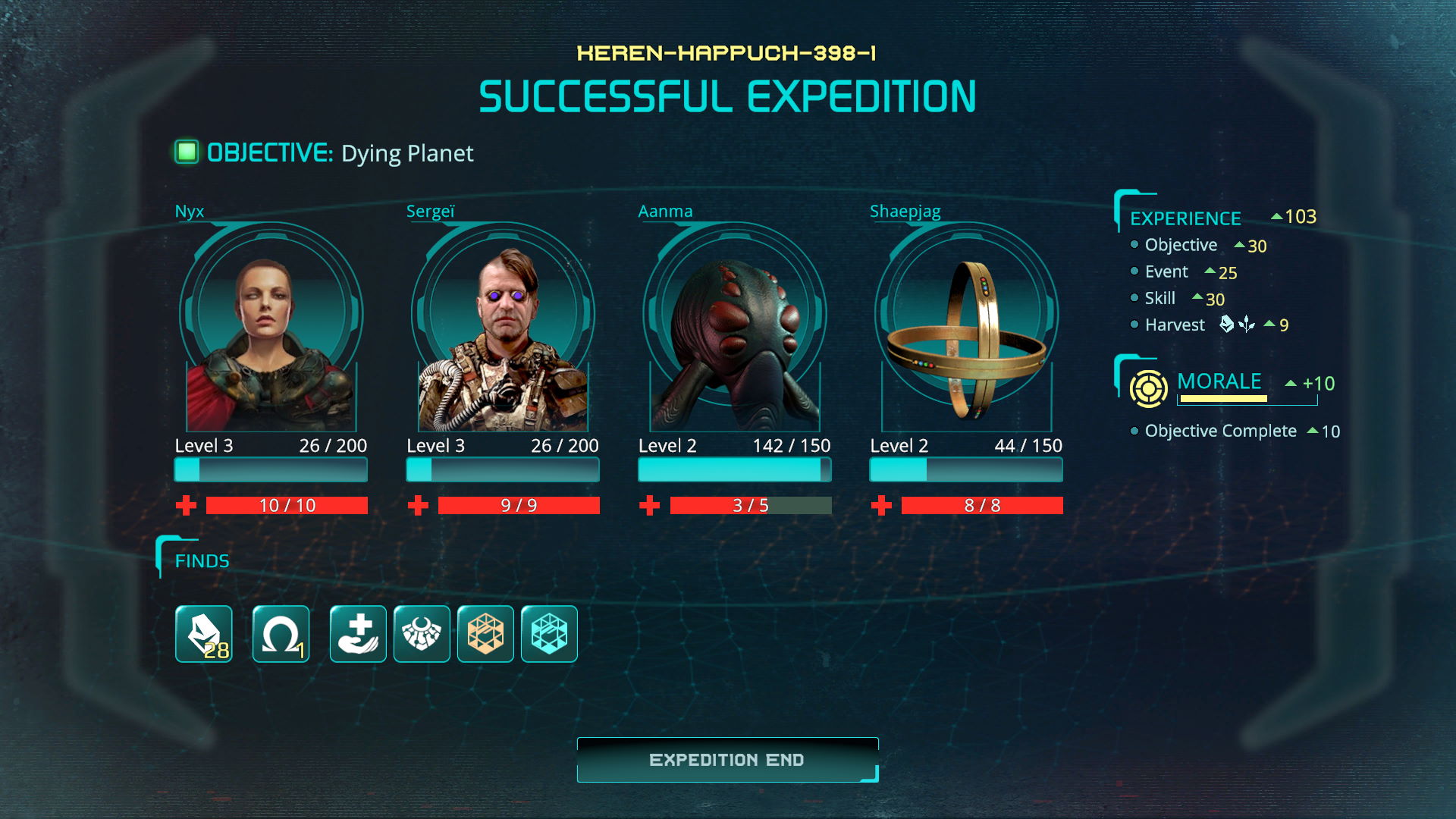 I really enjoyed Out There: Oceans Of Time and would recommend it, it’s not overly challenging (it’s pretty easy to maintain the ship once you get the hang of it) and planetary threats are fairly easily managed… so if you prefer a tougher challenge it might not be your thing, but if you enjoy a good cosmic adventure this could be worth a look.