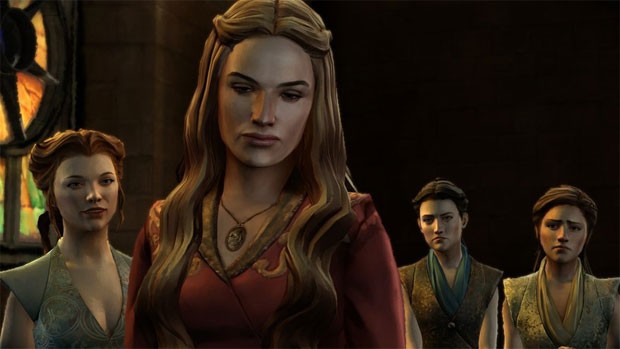 SAN RAFAEL, Calif., May 26th, 2015 — Leading and award-winning developer and publisher of digital entertainment Telltale Games and HBO Global Licensing today announced the release of ‘Sons of Winter,’ the fourth of six episodes of Game of Thrones: A Telltale Games Series.

In Episode 4, the fate of the scattered Forresters hangs in the balance, and no one allied with the family is safe. An unexpected meeting offers Rodrik a new opportunity to free Ironrath from its Whitehill stranglehold, but with young Ryon Forrester still held prisoner, his next moves are critical. Gared must abandon Castle Black and venture beyond the Wall in search of the mysterious North Grove, risking encounters with Wildlings and worse. In King’s Landing, the population is reeling from a recent royal death, and Mira must step carefully in an increasingly complex game of politics where secrets are traded as currency. Far away in Essos, Asher infiltrates the slave city of Meereen at the behest of Daenerys Targaryen, but will the friendship he holds dear break under the strain of a mission that raises memories best forgotten?

“With the first half of the season behind us, the stakes for House Forrester have been set and the fate of the family is now firmly in the player’s hands,” said Kevin Bruner, CEO and Co-Founder of Telltale Games. “Between the Whitehill occupation in Ironrath, dangerous alliances in King’s Landing, revolution in Meereen, and treason at Castle Black – players will be challenged in every corner of the realm with decisions that will affect the outcome of their story this season, and beyond.”

Game of Thrones: A Telltale Games Series – Episode 4: ‘Sons of Winter’ is rated ‘M’ (Mature) for Intense Violence, Blood, and Strong Language by the ESRB. Future content in the series is yet to be rated by the ESRB.