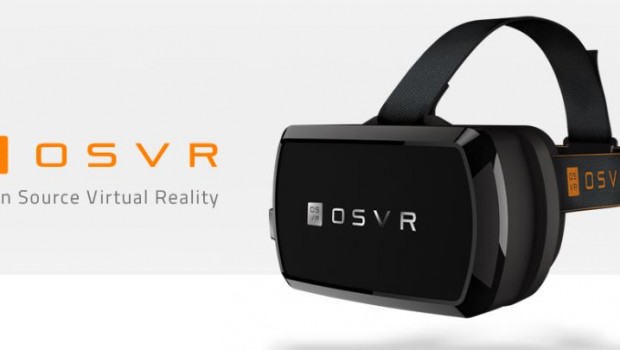 The OSVR HDK is a hackable head-mounted display offering high-quality optics that work to reduce distortion in virtual environments. Any user can view production files of the OSVR HDK and the developer roadmap, streamlining the efforts of those that want to make their own hardware based on its design.

“With the release of the OSVR development roadmap, the process for creating new VR hardware and software on the platform can be accelerated significantly,” says Michael Lee, VP of software at Razer. “We welcome the support of VR enthusiasts everywhere.”

“OSVR offers variety and choice in peripherals, programming models and now hardware designs, all fueled by our diverse partner base and the ingenuity in the open-source community,” says Yuval Boger, CEO at Sensics, a founding contributor to OSVR. “We look forward to working with the community to provide additional game engine plugins, hardware interfaces, and intelligent real-time analysis capabilities.”

Aurora Gaming is a gaming lounge entirely dedicated to VR, showcasing new and upcoming VR software and hardware to a wide audience.

Avnet provides customers around the world with the electronic components, enterprise computer solutions, services and embedded technology they need to grow their businesses.

Kinoki360 creates entertainment content and experiences based upon 360° photography and video for agencies or clients in a photorealistic approach.

Vertigo Games is currently working on two VR projects: World of Diving, a VR-enabled online diving adventure exploration game.; and Skyworld, which brings back the basic, gameplay reminiscent of classics in a groundbreaking VR experience.