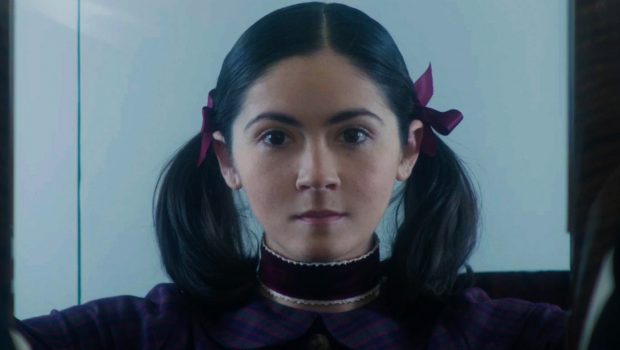 Orphan: First Kill takes place several years before the events of the 2009 film, when Leena Klammer (Isabelle Fuhrman) was still incapacitated in the Saarne Institute, a hospital in Estonia for the clinically insane. While she may have the appearance of a 12-year-old girl, she is in fact in her thirties due to an anti-aging disorder.

Known for her ruthless behaviour, killer instinct, and sheer will to deceive and survive, she escapes the institute and plots to impersonate the missing daughter of a wealthy American family, who goes by the name of Esther. The plan is to extort the family for her own survival, but little does Esther realise, the family of three are no pushovers.

Orphan: First Kill is the prequel to the 2009 film Orphan. The horror flick proved to be a hit with audiences and the box office with its overwrought execution in its horror and drama, some viciously dark humour, and Fuhrman’s impressive performance as Esther. Now you’re probably wondering, how can a film released 13 years after the original feature its returning actress in the same role?

It is one of the few novelties director William Brent Bell, who takes over the reins from original director Jaume Collet-Serra, has unearthed with the continuation of Esther. While the original aimed for a sense of integrity with its leanings into psychological horror, the prequel aims to amp up the camp and dark humour.

Bell and his screenwriters (including David Coggeshall and returning scribes David Leslie Johnson-McGoldrick and Alex Mace) are smart enough to know audiences essentially know the outcome of the story as well as to not take the film seriously. They resort to embracing the absurdity of its premise by turning the expected tropes on its heads and it makes all the difference.

On a technical standpoint, the crew have done a wonderful job in making Fuhrman appear to be the same physical stature she was 13 years ago. It may not be at all realistic but it is convincing in its mixture of its peculiar logic in the world of the story as well as the logic of cinema itself. The film is packed with interesting uses of composition, camera angles, and blocking that it brings a sense of unease in the horror and adds to the fun in terms of its bizarre presentation. 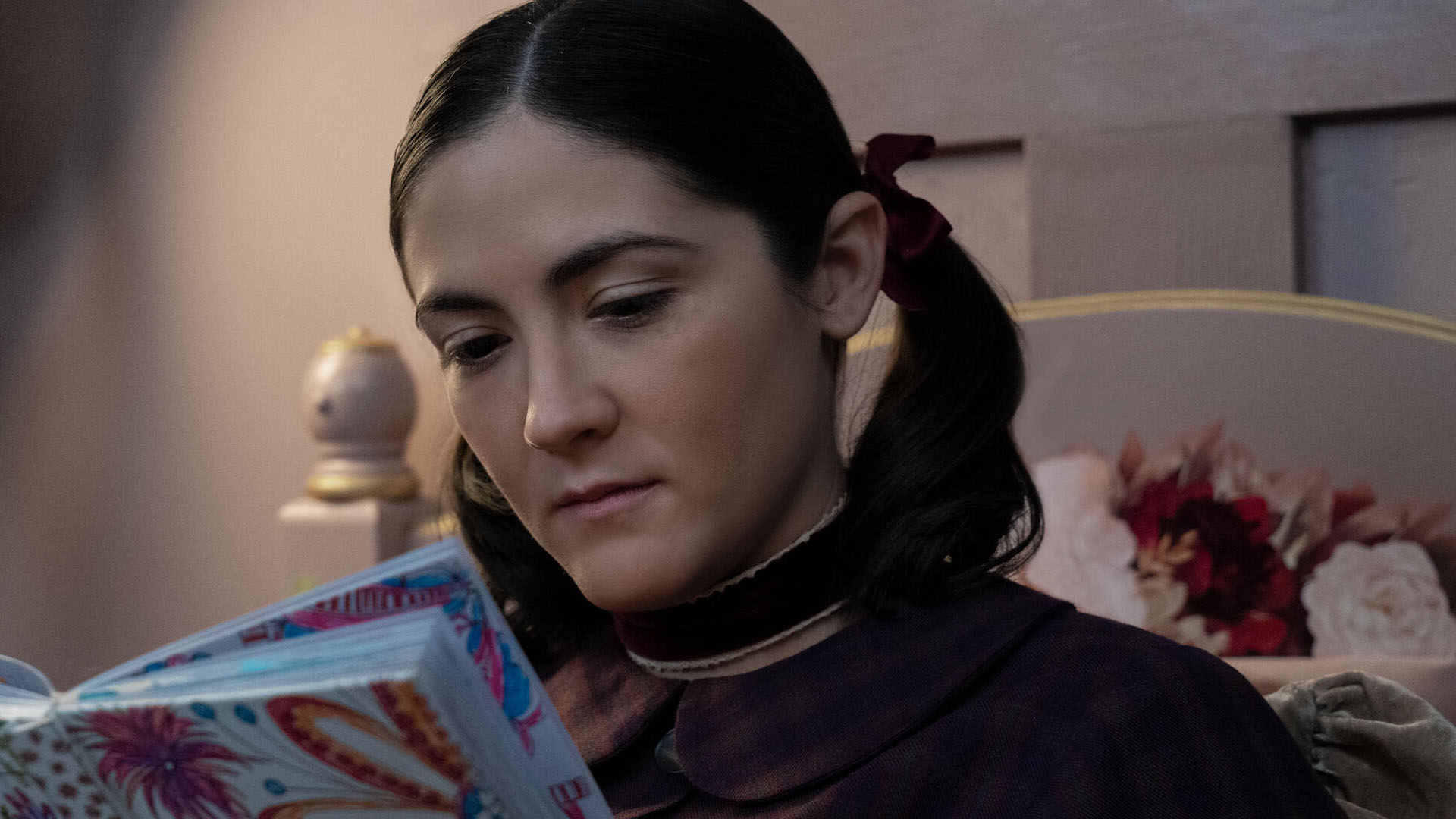 Speaking of fun, there is a knowing sense of irony throughout the first half as it touches the tropes of the original: the family bonding and suspecting Esther, the growing suspicions, and the performances from Julia Stiles, Rossif Sutherland, and Matthew Finlan as the wife, husband, and son, respectively. However, the film comes with an inspired twist that is utterly surprising and adds replay value to the story due to how hilariously absurd it is. The film reaches its peak when we see Esther in a position of empowerment with a laugh-out-loud needle drop that must be heard to be believed.

The twist also ups the ante in terms of overstated humour, grisly violence, and heightened melodrama, which gives the performers more to do as they all chew the scenery with gusto. Fuhrman is as entertainingly devious as ever. However, she shows a certain depth to her role that makes her compellingly human and it adds credence to her role and how she fits (or does not fit) in the real world. Sutherland has a shaggy, down-to-earth appeal that makes his role rather likable and not just a dull reactive plot device. While Finlan is amusingly bratty as the spoiled, teenage son.

The standout here is Stiles. After small roles in blockbusters, she hasn’t received a role this entertaining in years and she digs into it for all that it is worth. And with the experience she has in dealing with evil children (from the remake of The Omen in 2006), she uses that to hold her own against Fuhrman. 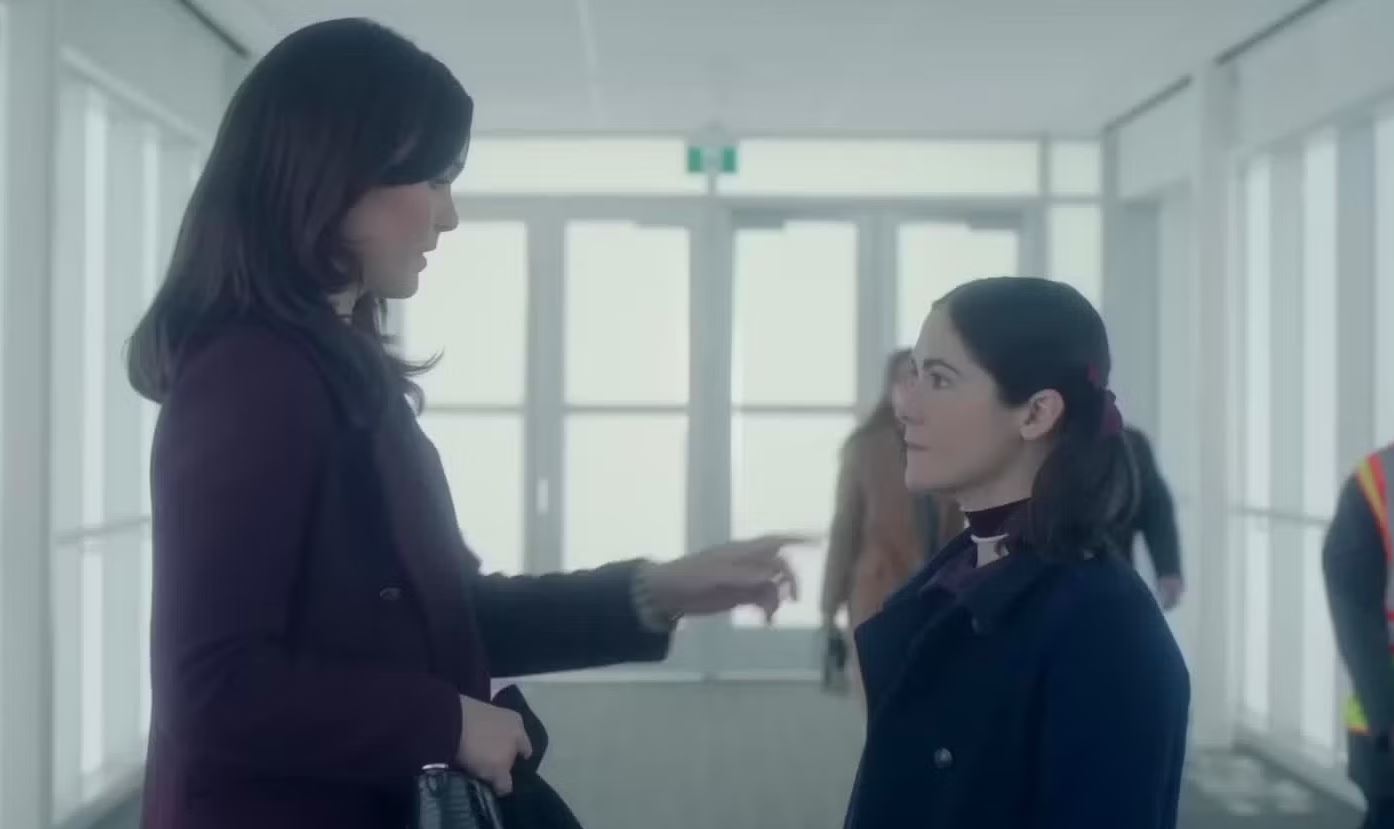 Orphan: First Kill is the horror prequel we never thought we needed. It is a fantastic continuation of the story of Esther and manages to deliver the horrific chills and dark humour that made the original film great, all the while wrapped up with a maniacal twist.

Summary: A fantastic continuation of the story that delivers the horrific chills and dark humour that made the original great.