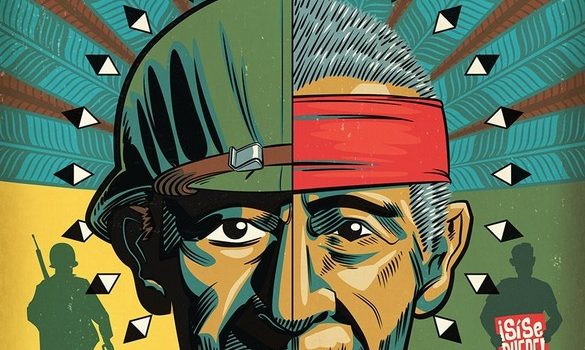 La Voz de M.A.Y.O.: Tata Rambo is based on the oral history of Ramon Jaurigue, an orphan and WWII veteran who co-founded the Mexican, American, Yaqui, and Others (M.A.Y.O.) organization, which successfully lobbied the Tucson City Council to improve living and working conditions for members of the Pascua Yaqui tribe—paving the way to their federal recognition. Meanwhile, Ramon’s home life suffered as his focus was pulled from his family to the wider community, and from domesticity to the adrenaline of the campaign. 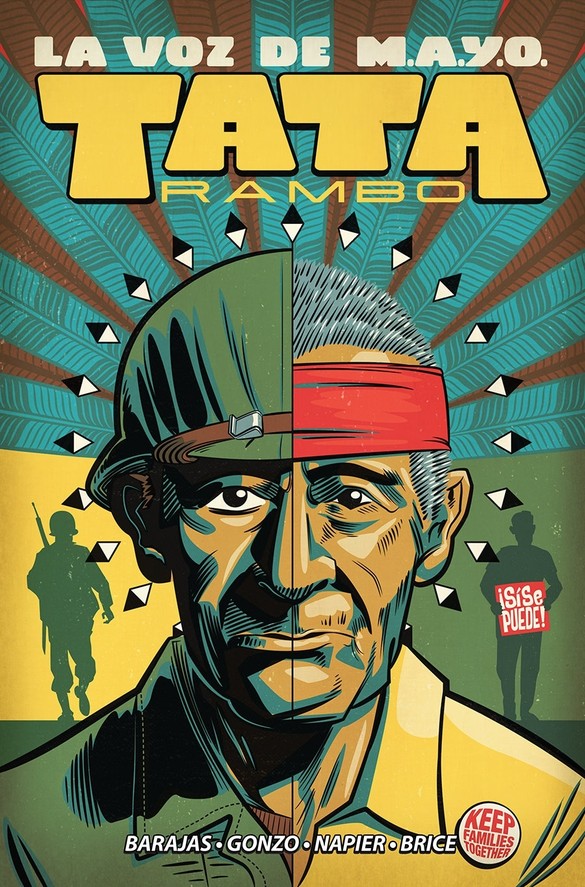 “Unlike Marvel superheroes fighting villains, Barajas wants this comic book series to be more about documenting Latino and Arizona history—which he feels has its own superpower.” —NPR’s KJZZ Phoenix, Arizona

“By telling his great-grandfather’s story, Barajas is shining a light on the many heroic acts that take place every day, everywhere.”—Comics Beat

“Tata Rambo is a heartfelt story about heartbreaking loss. Barajas, Gonzo, Napier, and Brice give a face and a soul to history long forgotten, but not so long ago.” —Erica Schultz, Daredevil, Xena

“Barajas’ writing is as meticulous and spellbinding as any work of literary journalism, given life in comics form…as someone whose relatives hail from Tucson, it’s beyond gratifying to see the story of those who fought to keep that city free.” —Ryan Cady, Old Man Punisher, Infinite Dark

“The story of Tata Rambo goes beyond an individual and tells the story of a nation.” —Stephanie Sosa, PopNerd TV, Cabronas y Chingonas