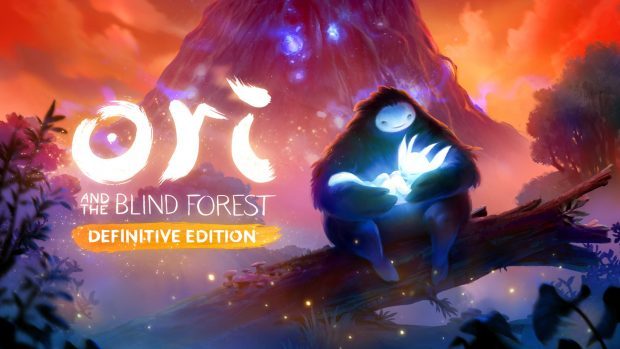 There is no question that the first thing that strikes you about Ori and the Blind Forest is the visuals… they come across as a mix of Disney and Anime… a sort of alternative scene from Fantasia if you like. Following that theme the main character also bares a striking resemblance to Stitch from Lilo and Stitch albeit a more illuminated version. The visuals are so enticing that my son (who insisted he sit on my lap when I started playing) was watching intently and after the first five or ten minutes informed me “that’s sad” (the introduction is indeed a little sad). 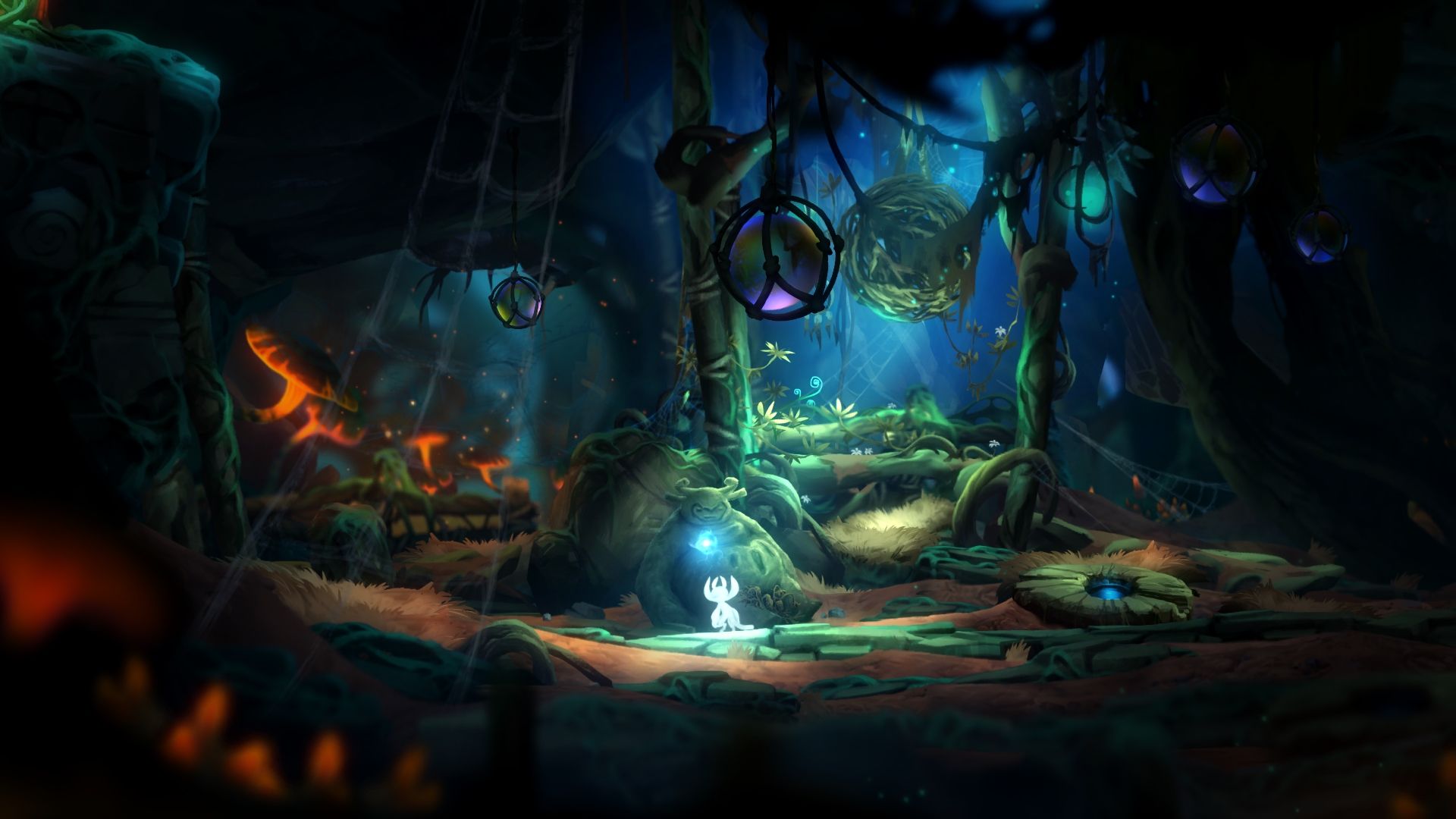 Funnily enough the Disney link continues as one of the prominent voices in the story has a very striking similarity to Jabba The Huts voice… if not for the fact that I suspect there may be hints of Japanese in there I almost expected it to suddenly say from the darkness “Yoobah koh ra doh ka mallo wampa mah yass ka chung kawah wookiee“.

But all analogies aside and getting past the striking visuals… the game is essentially a platformer. To stir things up in the platformer landscape, Ori utilizes some skill development tree options with three main streams to chose from improving your physical skills, attack skills and life/energy skills. It adds that little bit extra that enables you to go through an area of the map and see something that you can’t quite access yet… unlocking the skill required to clear an obstacle or some such, return to the prior area and explore further. The result is adding a bit more longevity to the game without being too frustrating with back tracking. On the topic of backtracking… Ori utilizes a map tool, a location that you can interact with an engage to see what areas you’ve uncovered and then transport directly to them. This is also where one of the additions to the Definitive edition comes into play with a couple of new areas being added for the previous forest explorers to delve into. 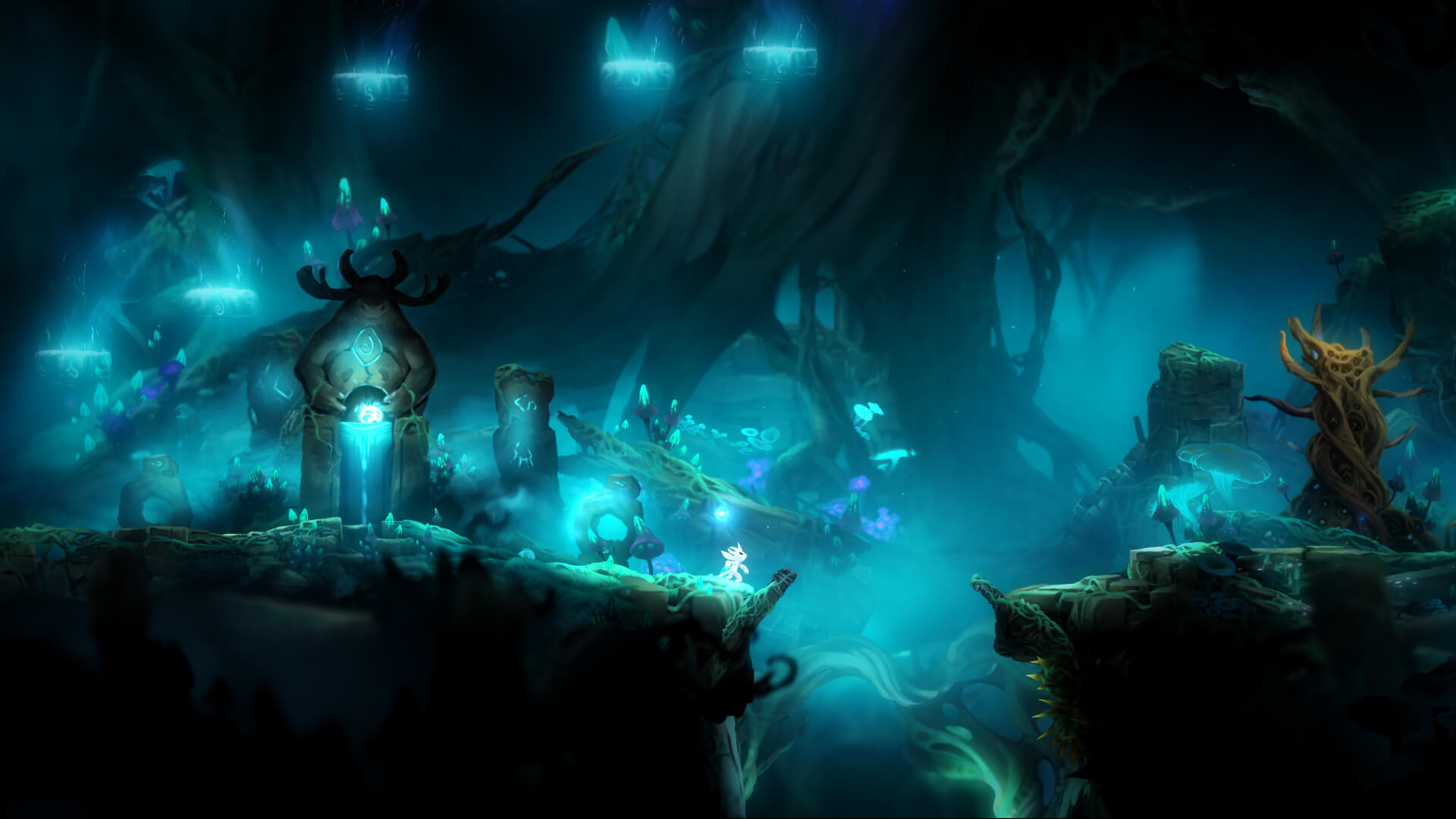 My enjoyment of platform games lasts as long as the challenges don’t get too hard… and by challenges I mean the timing and precision needed to move in the right way at the right time. My first obstacle to continued enjoyment was jumping, or more specifically wall jumping. When I first came across an area that required wall jumping I had trouble finding my rhythm, but eventually (fortunately for my sanity) I found the right tempo to get moving in a more productive manner… then I managed to tie that with jumping from wall to wall… it still gets tricky at times but the flow is much improved. These little skill hurdles are a reasonable way to add challenge to the game, rather than just find an enemy and attack, you have to bounce your way through tight areas and climb up or down via “parkour”. 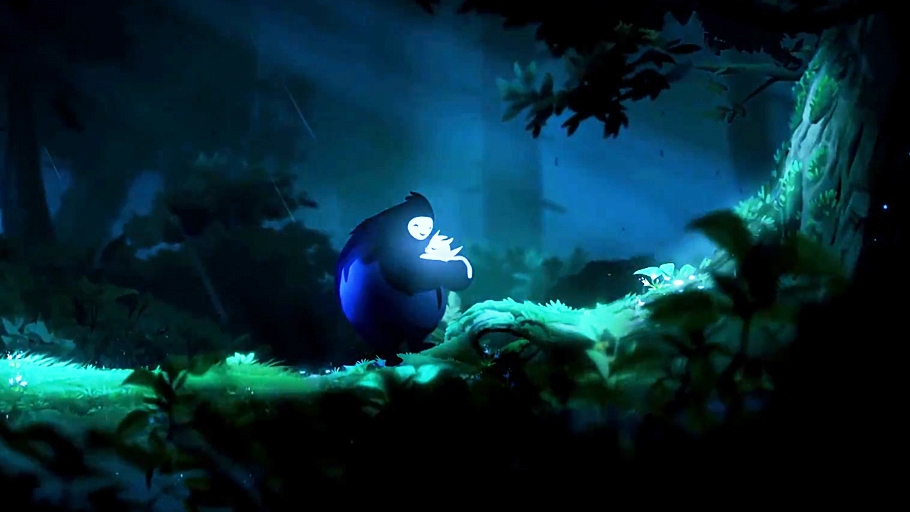 The next skill challenge presented itself in what you might call an homage to Raiders of the Lost Ark, I won’t go into too much detail but dashing was the new mechanic that I had to master and to say Ori seemed like he wanted to stop and smell the… well cave moss I guess, rather than running and jumping is an understatement. But the reward of the satisfying sensation you get upon clearing these hurdles is what drives us to continue playing… yes they are frustrating… very, very, very frustrating at times… but that feeling of success when we clear the danger… Ahhh! The main tip would be don’t forget to save once the challenge is cleared! 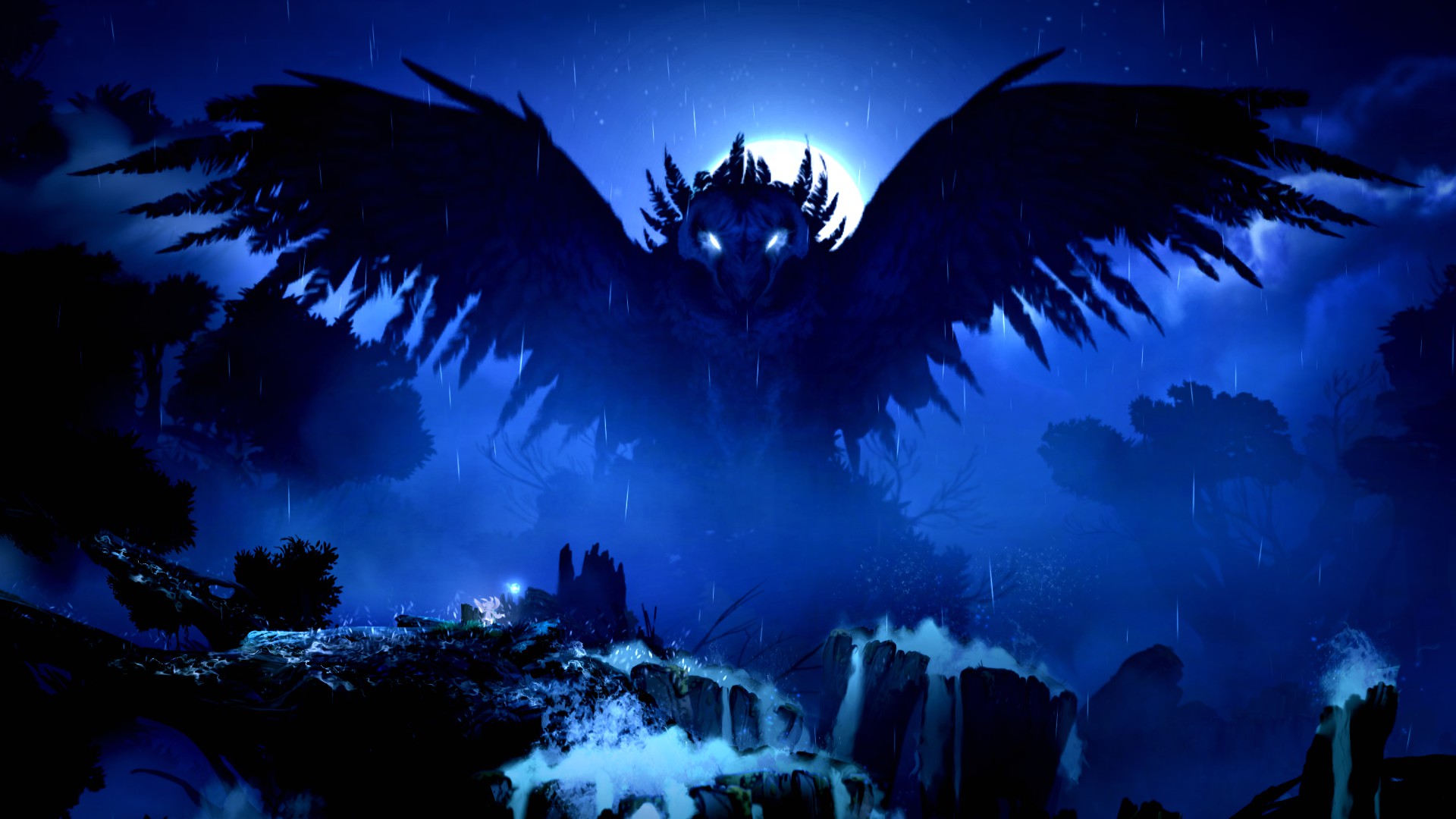 Ori and the Blind Forest is a special game. It doesn’t quit sit solely in the platform genre, it is a far more involved story than simply slotting in that