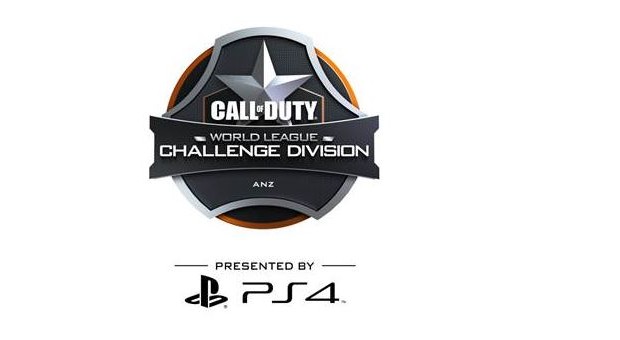 SYDNEY, Australia. – April 5, 2016 –The Call of Duty® World League, Presented by PlayStation®4 Finals of Stage 1 Pro Division concluded this weekend with the best Pro Division teams in North America earning their share of the $3 million+ prize pool for 2016. In addition to the cash payout, OpTic Gaming moved closer to securing a qualifying spot at the 2016 Call of Duty® Championship, Presented by PlayStation®4 this Spring. Eager fans in attendance at ESL Studios in Burbank, California, online via livestream, and tuning-in directly through an in-game (Black Ops III PS4) Live Event Viewer, witnessed the thrilling conclusion to months of rigorous competition of Stage 1, as the first step toward the year’s grand competition and piece of the overall $3 million dollars in the year-long prize pool of the CWL.

“The First Stage of the CWL has featured some great gameplay, close matches, and some of the best competition that Call of Duty® has ever seen,” said Rob Kostich Executive Vice President and General Manager, Call of Duty. “Call of Duty eSports has a strong foundation dating back to Call of Duty XP back in 2011, but the CWL has already taken it to new heights and we can’t wait to continue that growth during the Second Stage and the Call of Duty Championship this year.”

The top eight North American teams battled over the weekend. After falling behind OpTic Gaming 3-0, Rise Nation fought back to force a winner take all game 7, thousands of Call of Duty fans saw OpTic Gaming emerge victorious as they were crowned Stage 1 champions in the first major tournament on the road to the highly-anticipated Call of Duty Championship this Spring.

“We know what we are capable of and that we are the best team in Call of Duty,” Said Seth “Scump” Abner, Captain of OpTic Gaming. “We haven’t always shown what we can do, so having this win under our belt is good for the rest of our season.”

Meanwhile, established players and aspiring amateurs alike competed as top teams from the CWL Challenge Division, earned a chance at a spot in the Pro Division for Stage 2. As part of the Relegation tournament, the top four Challenge Division teams, Cloud 9, Team Liquid, Cloud 9 Eclipse and King Papey faced off against the bottom four Pro Division teams. Dream Team and H2K Gaming held onto their Pro Division spots while Cloud 9 and King Papey won their matches and will participate in the CWL North American Pro Division Stage 2 and a chance to qualify for the Call of Duty Championship.

The North American Stage 1 Finals followed the Australia/New Zealand and European regional finals last week. All 30 CWL Pro Division teams competed in multiple week regional seasons prior to each set of finals. Mindfreak (ANZ) and Millenium (EU) took home the top spot in their regions and their share of CWL prize pools respectively.

The ANZ region featured a few different key match ups as perennial favourite Mindfreak beat Team Immunity and Tainted Minds on their way to being the CWL ANZ Pro Division Stage 1 Champions. New team, Incept, beat Exile.5 in Relegation for a spot in Stage 2 as Nv, Chiefs eSports Club, and Apotheon eSports all beat their challengers to remain in the Pro Division for Stage 2.

The EU region had multiple top teams vying for the Stage 1 prize pool. Millenium and Splyce met in the finals with Millenium winning the series handily 4 maps to 1. The road to the finals for each team was very different with Splyce fighting off top ranked Team Infused and exceL eSports in back to back 4-3 series wins to make the finals. Millenium, earned the number two seed in the tournament because of their success during the 18 match season, only had to beat Epsilon eSports in a 4-1 series to reach the finals, thanks to a first round bye. Similar to the ANZ region, one team was replaced in Relegation. French team, PuLse Gaming, was beaten by UK team Exertus 4 maps to 1. Vitality, Team LDLC, and Giants Gaming all beat their opponents to continue in Stage 2 of the CWL Pro Division.

Here are the final rankings for each CWL Stage 1 Pro Division region:

As always, you can re-live the Stage 1 action on the Call of Duty YouTube Channelhttps://www.youtube.com/user/CALLOFDUTY/videos